Former tribal worker, board members detail concerns over use of federal funds 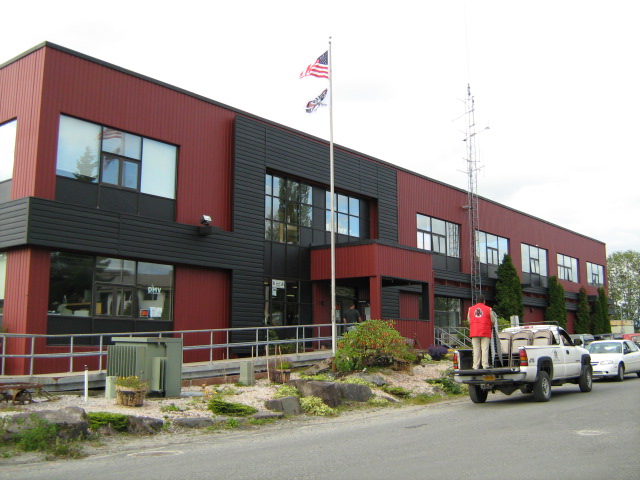 The state has denied unemployment benefits for a bookkeeper and an engineer who quit their jobs at the Petersburg Indian Association last October. The two allege that the tribal administrator misused federal funds, an allegation he denies. In a ruling on one of the worker’s benefit claims this month, a state hearing officer found the administrators’ financial activities “highly questionable” but ruled that the claimant had not exhausted her options before quitting. That former employee and a couple of the former board members spoke publically on the issue for the first time during a February 9th hearing. Matt Lichtenstein reports:

In the law library at the local courthouse, a handful of potential witnesses, tribal members, and family listened as Engineer and Surveyor Susan Harai presented her unemployment benefits appeal. She spoke during a teleconferenced hearing before an administrative judge with the Alaska Department of Labor. Harai was the PIA’s Indian Reservation Roads Program Manager. She and then-bookkeeper Nicole Dean quit last fall after raising concerns to their boss and the Tribal Council about the tribe’s finances. Harai’s testimony to the state centered around an allegation that Tribal Administrator Will Ware misused federal road funds to help pay for a restaurant that the Tribe recently purchased and renovated at a cost of about 770 thousand dollars.
She said Dean showed her documentation that the Indian Reservation Roads account was short 360 thousand dollars by mid-September of last year and they immediately informed Ware about the situation

Harai testified that at the end of the lengthy meeting, Ware acknowledged there was a deficit and said the Council would have to be told of this. She also testified that Dean told her a week later the tribe was about 50 thousand dollars short of the money it needed to cover other expenses. That included payroll and the purchase of some US forest service property which is adjacent to the PIA offices.
Harai testified that after another week had gone by, Ware had not yet taken the issue to the Council, so she and Dean went to the Council Secretary. That led to a series of Council meetings and executive sessions. Harai claimed that during an October 5th executive session, Ware told the Council the roads money wasn’t missing but had actually been used for a 300 thousand dollar bank CD, which was serving as collateral on a loan for the restaurant. While Harai disputed that claim, she also said it was not legal to use roads money for that purpose and insisted it be returned to the roads account.
Harai testified that several days later, after another Council Meeting, Tribal President Derek Lopez contacted her and Dean to tell them that the board had put Ware on probation. But Harai remained concerned about the alleged deficit.

“I wanted the employer to pay back the money. I wanted the employer to say, ‘Yes this money is missing. We used PIA funds to buy the restaurant but we didn’t buy it outright. We collateralized the money and now we can pay back the IRR program.’ That was what I wanted to hear. All I wanted to hear from Mr. Ware was we are going to take care of this. He never said that to me. Mr. Lopez never said that to me. I had no assurance that they were going to take care of this deficit,” she testified.

Harai said she didn’t want to be a party to what she alleged was “criminal misuse of funds,” saying she could have been held liable. Harai and Dean quit October tenth, roughly a month after approaching Ware about the issue. Dean was prepared to testify at the hearing by phone, but the state did not allow it. She did testify at her own benefit appeal hearing late last year.
The only current PIA official to testify was Connie Bisson, who manages all the grants except for the roads funding. But she was involved in the issue and had taken part in the initial meeting when Harai and Dean first brought the matter up with Ware. Bisson, who spoke by phone from her office, maintained that there was no missing roads money.

“Because when we were meeting earlier, one of the things Miss Harai kept bringing up that it was short 300 thousand plus and she kept coming back to the CD that was, is, being used as collateral. That money wasn’t spent. That money is still in the bank in a CD,” Bisson said. 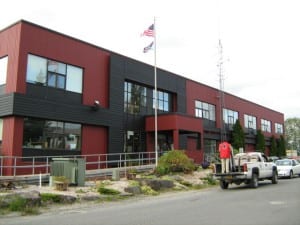 PIA has received over 8 million dollars in IRR funds since 2006 according to Harai’s numbers. The tribe has used the money for a variety of road and sidewalk improvements that benefit the entire community while providing local jobs. Federal regulations say the roads funding may be used for a long list of transportation-related projects.
However, unauthorized uses have previously been a problem in Alaska according to the Department of Interior’s Office of Inspector general. In fact, that federal watchdog agency authored a 2009 report called “Bureau of Indian affairs Alaska Regional Indian Reservation Roads Program Rife with Mismanagement and Lacking Program Oversight”
The local allegations resulted in a rift among Petersburg’s Tribal Council Members, four of whom also resigned their posts in October. Former council Secretary Jeanette Ness was among them and she testified at Harai’s benefits hearing:

“Once the board was made aware of the financial crisis. We had days of discussion. During that time, I got to the point where I didn’t know who to trust anymore. More importantly I lost confidence in our board chair Mr. Lopez and our Tribal Administrator Mr. Ware. And I just felt that I couldn’t continue being on the board if I didn’t have trust in them, so I resigned October 12th,” Ness testified.

Brenda Norheim, who also resigned, agreed with Ness’s account. Both said that the Tribal Council had directed staff to use an outside auditor to review the books, rather than having the regular auditor do it in this case. Norheim testified that the members had recently had some training that highlighted the need for outside auditors.

“And because of the severity of everything that was going on, I just felt it was important to bring somebody outside in with fresh eyes,” Norheim said

However, the administration asked its regular Auditor to review the allegations of financial misappropriation. As the PIA’s new Chief Financial Officer, Auditor Lisa Taylor wrote that those allegations had no merit in a November 29th letter to the Bureau of Indian Affairs, which has also been looking into the issue. Taylor’s findings backed-up Ware and Bisson’s assertion that no money was missing. Rather, according to Taylor, the problem was the result of a misunderstanding of a mislabeled account, the 300 thousand dollar CD that was used as collateral for the restaurant. Taylor wrote that this money had inaccurately been labeled as a restaurant CD when it should have been labeled a transportation CD.
The PIA also denied any misuse of funds in its attorney’s written response to Harai’s unemployment claim. The attorney called the allegations “disparagement, defamation and slander”. The state’s unemployment hearing officer had a different take.
In her February 10th decision, Administrative Judge Kynda Nokelby wrote, “There was sufficient evidence that the financial activities of the administrator were “highly questionable” at the very least and could be considered a compelling reason to quit work for unemployment insurance purposes.” However, Nokelby also pointed out that the Tribal council had taken action on Harai’s concerns, including holding several special meetings about the issue. Nokelby went on to rule against Harai’s benefits appeal, finding that she had not exhausted all her alternatives before quitting. A different hearing officer had earlier ruled against Dean’s unemployment insurance claim.
Tribal Administrator Will Ware and Council President Derek Lopez did not attend or testify at the February 9th hearing. Lopez declined to comment for this story other than to concur with the other current PIA officials. Ware provided a written statement and agreed to an interview.

Ware said he had learned from the Tribes Auditor that roads money had been used as collateral on a restaurant loan, but she told him there was nothing in federal regulations to prohibit that. Still, Ware says the PIA is working to change its collateral for the loan.
Ware said Harai and Dean could have continued their employment with the Tribe. He emphasized the PIA’s own investigation of the matter.

“I wish folks would have stuck around long enough to see through what the true findings were and I think if people would have done that, they would have taken a different stance on where they are now. And unfortunately there’s still a lot of accusations and allegations that are being levied against both the Tribe and myself and its based off of information that was garnered in the first couple of days in October. We’re now in February. We’ve wrapped up a lengthy investigation. This current tribal council is ready to move on, rebuild, work with an incredible staff here that is dedicated to the tribe. Dedicated to moving forward and continuing on with the numerous programs that we have,” Ware said.

Last fall, an official with The Bureau of Indian Affairs confirmed they had received an allegation against the Petersburg Indian Association and would be investigating. Regional director Eugene Virden declined to discuss it in any detail at the time, other than to say the Department of Interior’s Office of Inspector General was also involved. KFSK requested an update on the status of that review, but did not hear back in time for this broadcast. Meanwhile, the PIA has its Tribal Council elections this Friday and there are contested races for several seats.