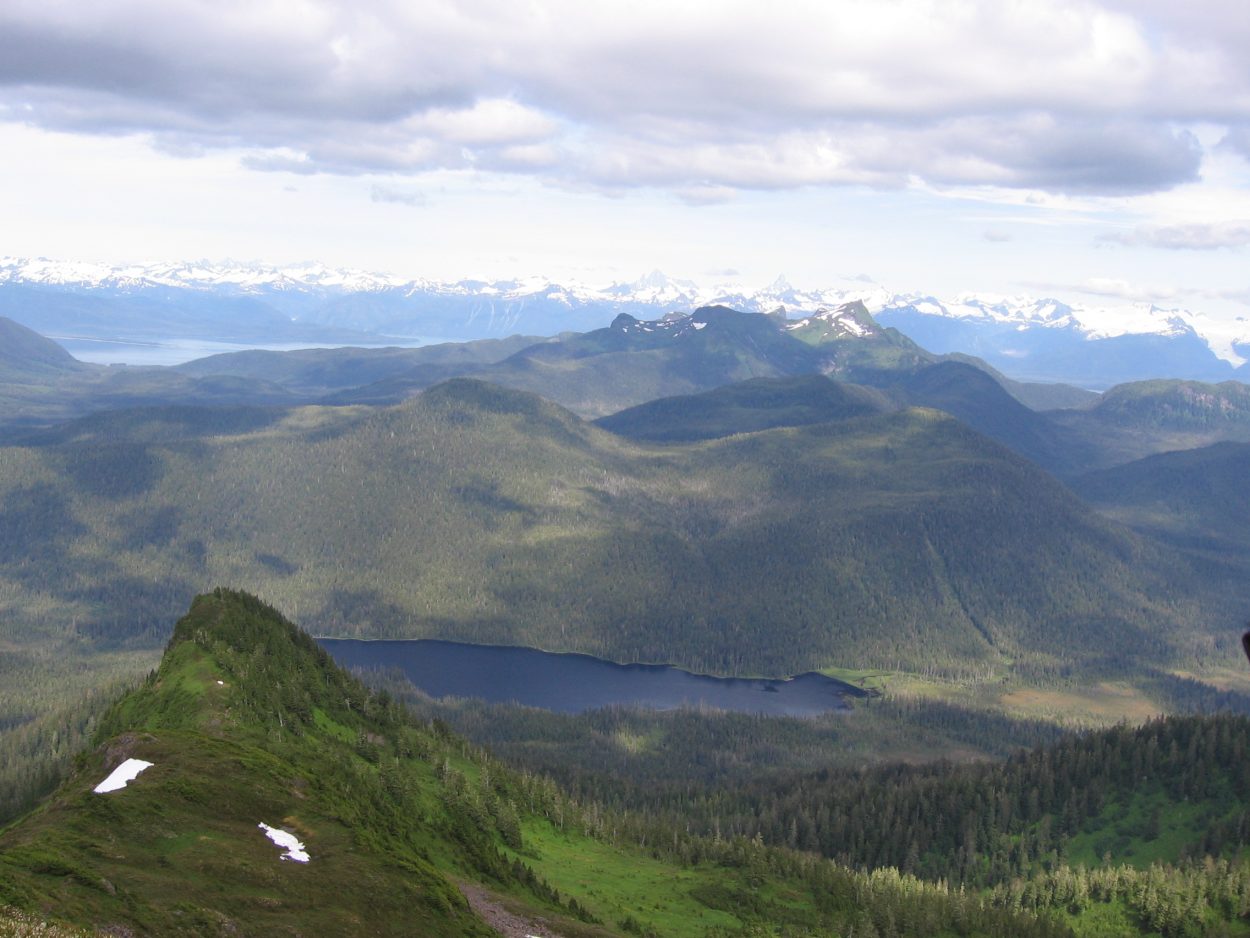 Fish habitat restoration, trail and cabin improvements, tree thinning and invasive plant removal – it’s all part of the program of work for the U.S. Forest Service on the Petersburg Ranger District over the next few years. Employees with the federal agency updated the public during an open house last week. Joe Viechnicki reports.

Click here for iFriendly audio:
The open house is a chance for Forest Service staff to highlight some of the less-prominent work coming up for the district. That includes some pre-commercial tree thinning on already logged forest land on Kupreanof Island south of Kake. “That’ll improve tree growth and allow more sunlight to the floor to improve wildlife forage production,” said silviculturalist RD Parks. The upcoming year will see tree thinning on 317 acres south of Kake. The work involves felling 2-4 inch diameter trees that have sprouted up close together in timber stands logged two decades ago. Parks said the Tongass has had a tree thinning program going since the 1970s and the Petersburg district has averaged thinning on about 1,200 acres a year. Parks says contractors leave standing trees roughly every 14 feet, and shoot for a diversity of species.

“Back when they first started the program, spruce was the number one tree they’re trying to promote and now we’re seeing more value in as much diversity in the stands as possible,” he said. “Your stands traditionally on the Tongass run 70-80 percent hemlock and the other 20 percent being spruce and cedar. We’re trying to up that, we’re trying to get the stands a little more diverse, in favor of the cedars a little more. We still want a nice mixture of spruce and hemlock but we’re trying to favor the cedars as much as possible,” Parks said. Another contract for tree thinning is planned for Portage Bay in the upcoming year. In future years thinning work is planned for Kuiu Island, on the Lindenberg Penninsula of Kupreanof Island and Mitkof Island. 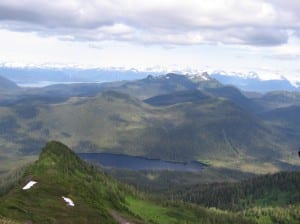 The Petersburg Ranger district will also see some stream restoration work in the next year. Hydrologist Heath Whitacre said the agency is doing ongoing restoration work on streams on Kuiu Island. It’s in an area that was logged more than two decades ago, prior to federal law that requires leaving buffers of standing trees around fish streams. Whitacre said the Forest Service will be working to put rootwads and other wood into the streams in the Saginaw Creek watershed to improve fish habitat.

“Most of what’s going on is the riparian areas are coming back in alder and so they don’t have that future source of wood recruitment. And so the trajectory of that habitat is actually in a downward trend and we’re trying to stop that, add some wood to the stream and kinda bolster it in the interim,” he said.

Whitaker also displayed some photos he found of stream work done on that creek in the 1970s. Forest Service and Fish and Game removed wood from the waterway in an effort to improve spawning habitat for pink salmon. “You know to a degree that was probably a successful project. Because now it’s a long straight featureless section and that’s the sort of thing pink salmon like,” he said. “On the down side that’s not the sort of thing coho salmon like so much. And so we’re trying to put some of that wood back add some of that habitat back to that reach.” Workers will stockpile wood and rootwads this year and add it to the streams the following year.

Another Forest Service project could impact both the Petersburg and Wrangell Ranger districts. Mary Clemens is in charge of the botany program on the Petersburg district and said they’re starting an environmental assessment of invasive plant species. “And that will be identifying target areas, treatment areas, and high priority species that we wanna hit and all sorts of various methods of eradication,” she said. “So we will propose anything from hand-pulling to mowing, tarping, spot spraying with chemicals, kind of the whole gamut because certain methods work differently on different species.”

Invasive plants on the Tongass include Bull thistle, orange hawkweed, common Tansy, Japanese knotweed, brass button, oxide daisy to name a few. “Most of them are roadside species,” Clemens said. “So either from garden escapees, which Japanese knotweed is a perfect example. Other things might have come up on equipment or cars that type of thing.” Clemens said Alaska doesn’t have the large problem with invasives plants faced by forests in the Lower 48. She said Alaska’s forests are also in a better position to control non-native species that do turn up. She plans to have an informational meeting on invasive plants sometime in the middle of next month. Environmental review of invasive plants could be done by next fall, and actual treatment work will depend on funding.

Another project has the Forest Service partnering with Sitka Conservation Society to remove some invasive plants in Tebenkof Bay on Kuiu Island. There’s also a long list of recreation trail and cabin improvements on tap. That includes a new cabin for Kadake Bay on Kuiu Island and a new deck for the popular West Point cabin in Portage Bay on Kupreanof. Other work will repair or upgrade trails near recreation cabins.

The district’s trail foreman Paul Olsen says the forest service is also looking for other suggestions. “During this open house, we’re putting out our recreation cabin program strategy, trying to get some input from folks. It addresses one of those things, cabin closures if we’re gonna close cabins and what criteria do we use to go about that process,” he said.

The district is also taking part this year in a Tongass artist in the wilderness program. Artists can apply to stay in a wilderness cabin, help forest service staff and work on an art project during that time. There’s more information at voicesofthewilderness.blogspot.com

New District Ranger Jason Anderson is hoping to gather public input on stewardship work that could happen on the ranger district. That type of contract work could happen as a result of recent Tongass timber sale proposals, like the Tonka project on Kupreanof Island’s Lindenberg Pennisula, near Petersburg. Anderson said the logging money can fund a range of projects. “The benefit of the stewardship project or authority if it persists is, money that would normally go off to Treasury, and not really be realized at the local level is actually then retained through this authority at the local level and goes to projects that people have had a say in,” he said. “It can even help frame up priorities over. Do they wanna see better fisheries projects, maybe a little enhancement for moose habitat? There’s a lot of opportunity that we could chase with those dollars that we haven’t really been funded to do in the past.”

The agency released a draft environmental impact statement for the Tonka project last fall. It could provide timber harvest of up to 53 million board feet from the road system on Kupreanof. Anderson said he wants to have a series of more formal discussions with the community on stewardship work that could come from that logging. He also summed up some of the input he heard during the open house. “We’ve had some folks show up with an interest in not only the Tonka project but as well a roadside EA project that we wanna try to get together to target smaller timber sale interests. We’ve had some recommendations on trail connections from the community,” he said.