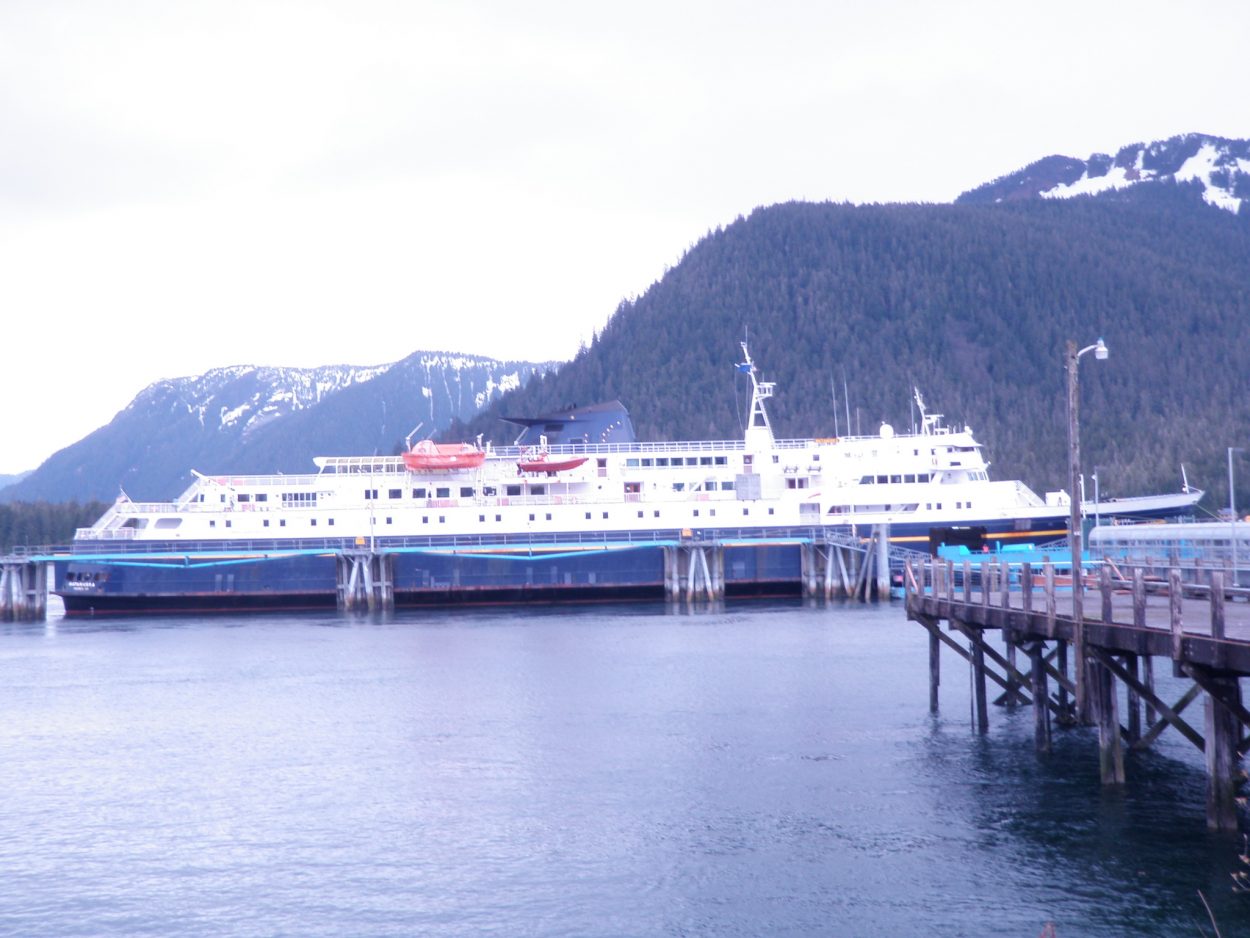 The State Ferry Matanuska collided with a seafood processing dock in Petersburg early Monday afternoon. There were no reported injuries, but there was substantial damage to the Ocean Beauty Seafood facility. There were also some dents in the bow of the ferry above the waterline, though she tied up safely at the terminal shortly after the incident and later continued on her way. State and federal transportation officials are investigating what happened: 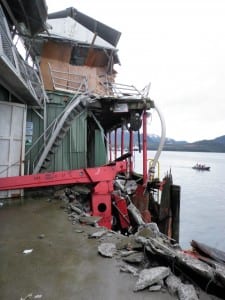 A crane hangs off the damaged Ocean Beauty Dock. 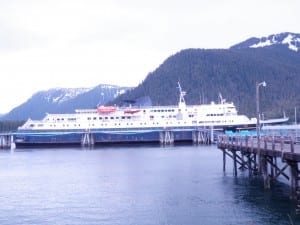 F/V Matanuska tied up at the Petersburg ferry terminal shortly after running into the Ocean Beauty dock.