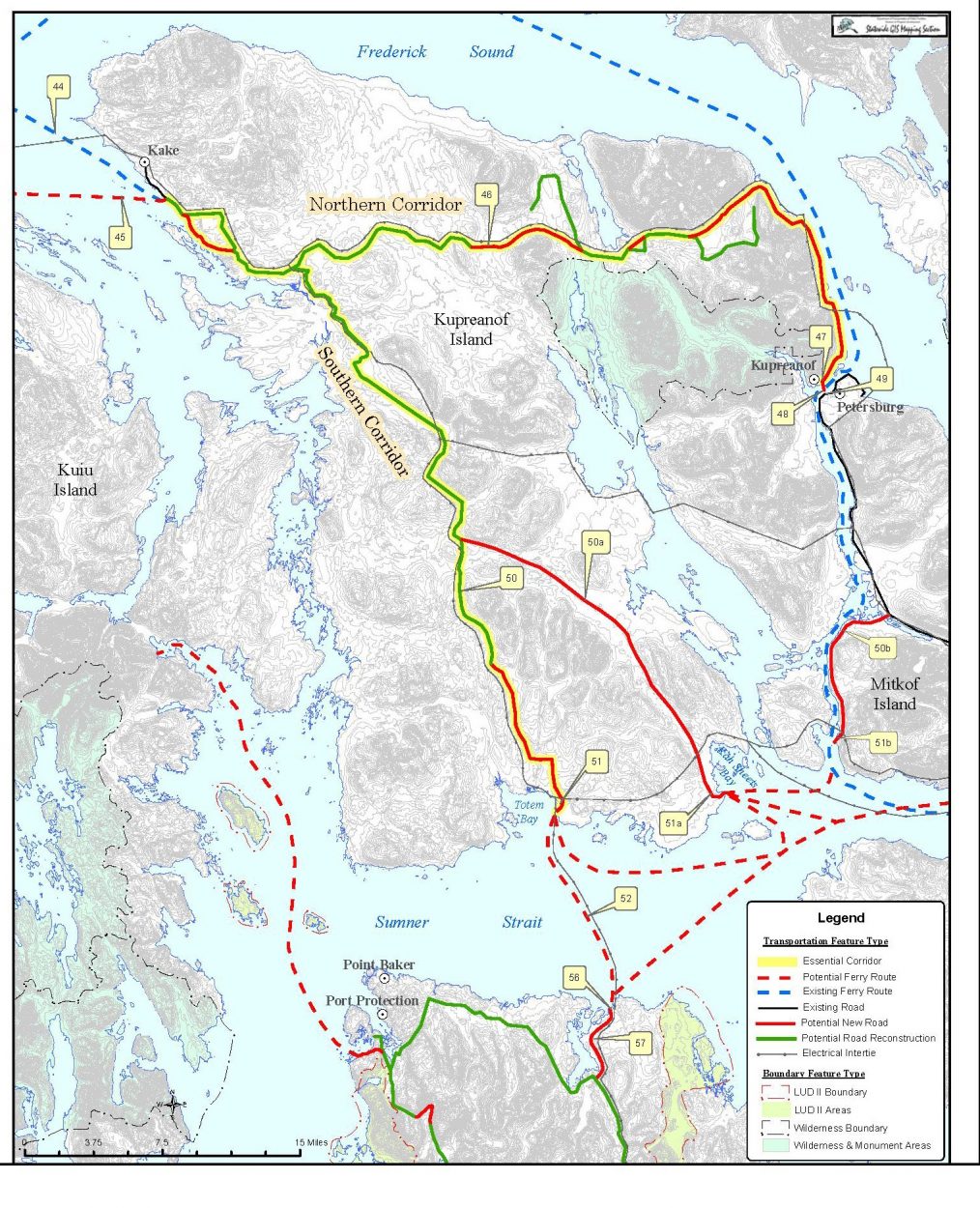 As co-Chair of the Senate finance Committee, Senator bert Stedman secured more than ten million dollars in funding this year for Petersburg’s capital project requests. That included money for replacement of Petersburg’s oldest harbor, improvements to the cramped crane dock, and construction of a new commercial drive down dock to serve fishermen and cruise ships.

However, the biggest infrastructure project Stedman helped fund in the Petersburg area was a 40 million dollar road connection to Kake. It’s a Department of Transportation project and the state’s preferred route through Kupreanof has is drawn opposition from that roadless community as well as from some residents and councilors in Petersburg. 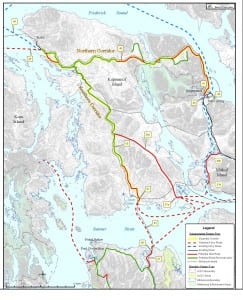 The road could accompany a separately-proposed power-line to carry cheaper hydro-electric power to Kake, which is struggling with the high cost of diesel power.

Stedman says the plan is not locked in concrete, but he has been a staunch supporter of building the road along the northern end of Kupreanof Island. At the same time, he doesn’t think the amount of traffic would justify a state shuttle ferry to link the road terminus on Kupreanof with Petersburg across the Wrangell Narrows. He sees that as the role of the private sector.

The Senator was in Petersburg for last weekend’s Little Norway Festival and spoke at length about the proposed road and power line projects in an interview with Matt Lichtenstein, who filed this report.