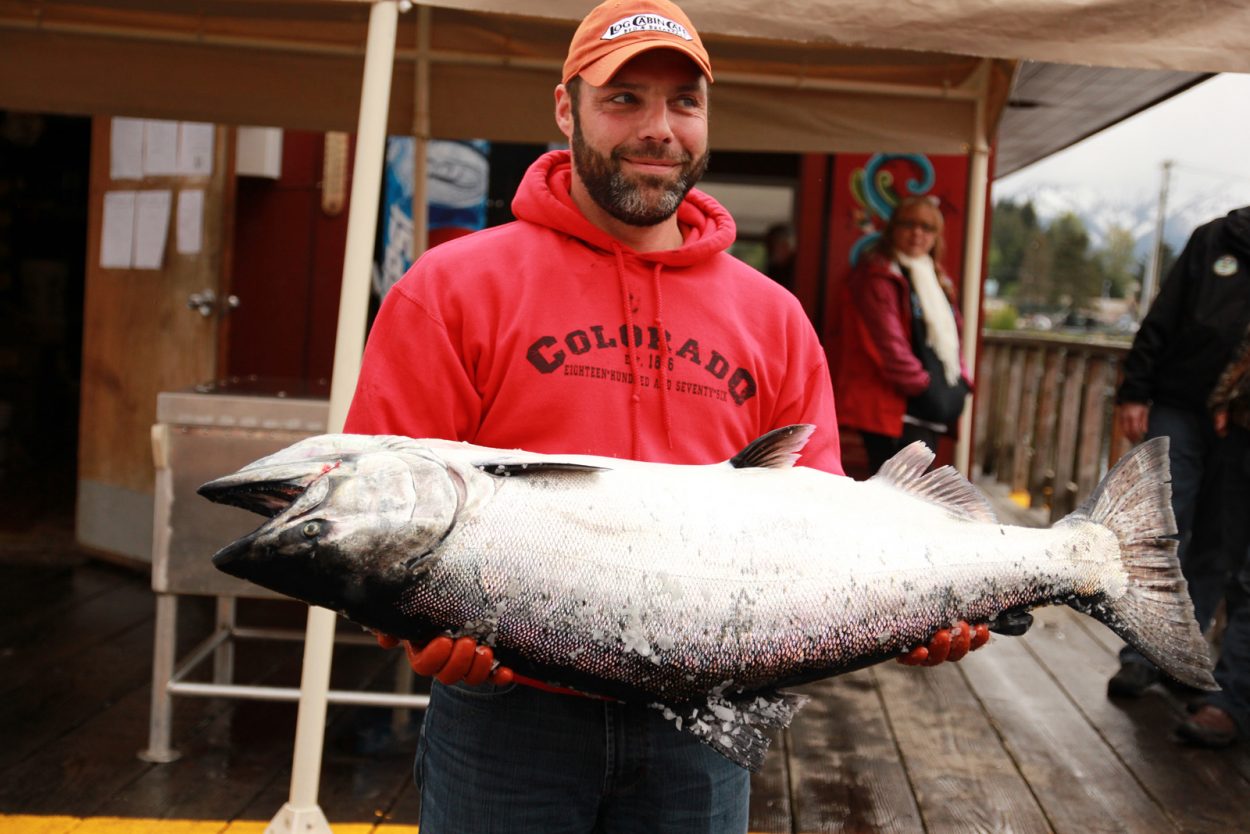 Petersburg’s Thomas Cumps won first place in the annual Chamber of Commerce Salmon Derby this year. Cumps reeled in the winning 45.6 pound king on Sunday, at Frederick Point. 2nd place goes to Jim Schramek who hauled in a 40 pounder on Saturday. Scott Stafford landed a 38.4 pound chinook on Sunday for 3rd place. Anglers landed a total of 309 fish in this years derby, which is down from about 340 in 2011. We’ll hear some of the derby fish tales in an upcoming story.
(This story was corrected from its original version to reflect that the winning fish was caught at Frederick Point, not right in front of town) 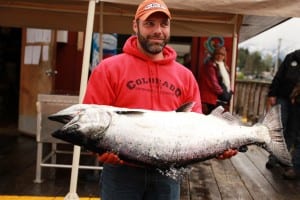