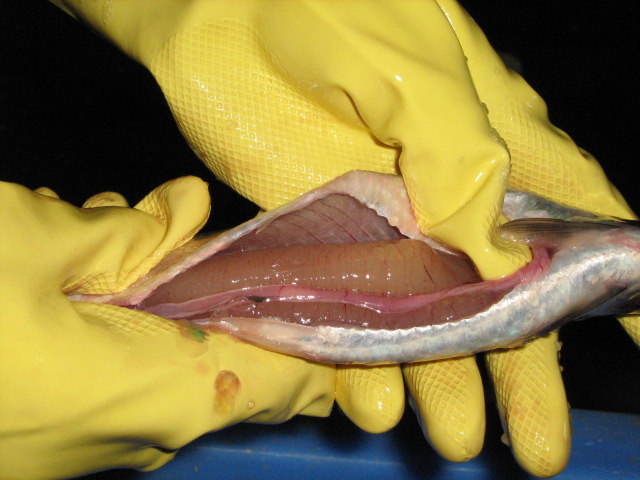 Southeast gillnetters will be able to fish for just over a thousand tons of herring in Seymour Canal off Admiralty Island this spring. The Alaska Department of Fish and Game has announced a guideline harvest level of 1014 tons in the sac roe fishery, which is somewhat above average for the past half-decade. Gillnetters had GHL of just under 1300 tons last year, but they never got to fish it. That’s because the herring never congregated in large enough schools to have an opening.

While the fishery was a bust last year, the herring population itself is in good shape, according to Juneau Area Management Biologist Dave Harris:

“The return of herring to the area and the spawn was just fine as a matter of fact. The fish didn’t present themselves last year in a way that would lead to a viable commercial fishery. Although we waited on the grounds for, gosh, almost three weeks, it was all agreed between the department, fishermen, and processors present that there was never really an option for a fishery,” Harris said.

The department tries to open herring fisheries just before the major spawn, when the females are the ripest with eggs and large schools of fish mass near the beach. Fishermen target the herring for their roe. Older, bigger fish generally have more roe and according to Harris, the forecast for this spring looks good on that front. 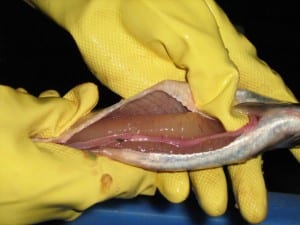 In an undated photo, a seafood worker displays the roe inside a Southeast herring. Photo by KFSK.

“Predominantly, a good portion of the fish are the eight-plus, the older fish. About 30 percent of the return is forecast to be those sizes,” Harris explained, “The fish generally start recruiting into the fishery at age three and then age 4 is about another 30 percent or so of the return is anticipated there, with kind of the remaining ages of three to seven sort of about the same but spread out in there. So, it will be pretty-much larger fish the gillnet fleet will be targeting this year.”

Seymour is the only herring fishery scheduled to open for Southeast Gillnetters. It typically takes off in late April.