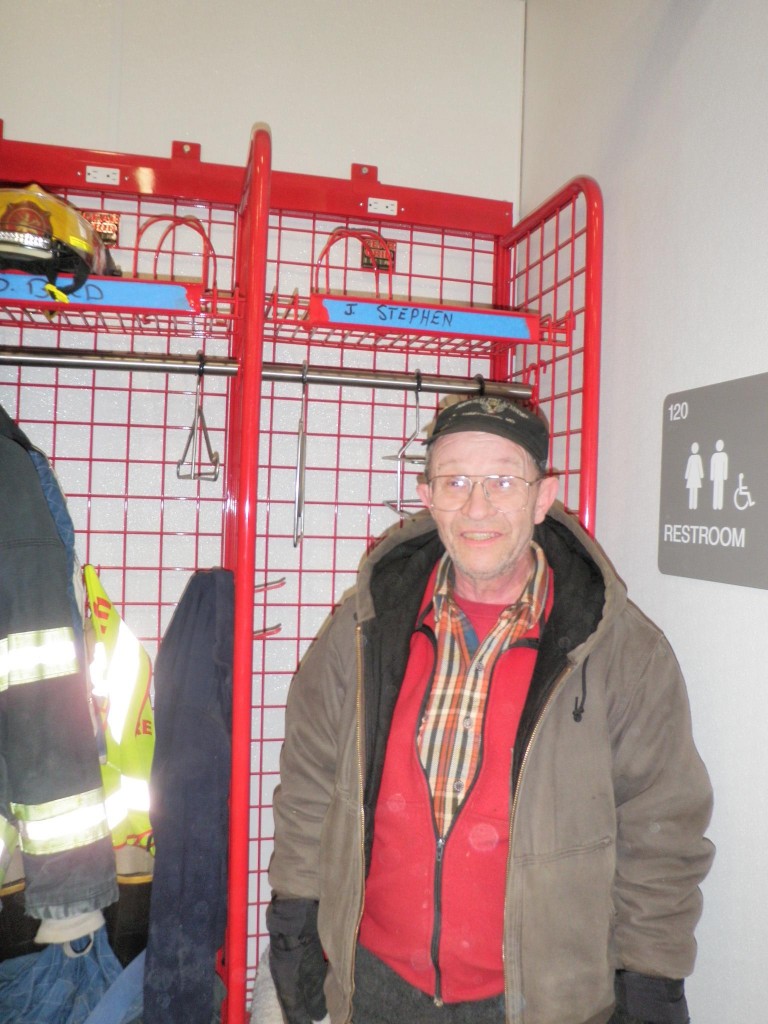 Petersburg’s longest-serving firefighter passed away last week. Jon Stephens had volunteered with the department for nearly a half century. The borough’s Fire and Emergency Medical Services director recognized Stephen’s many years of service at this week’s assembly meeting. Fellow firefighters, friends and family are remembering him for his dedication and knowledge. Matt Lichtenstein reports:
For mobile and download friendly audio, click here. 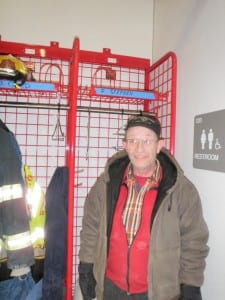 “I would like to recognize Jon Stephen. He passed away early morning hours April 9th, 2013 and he was a member of the volunteer fire department since July of 1965,” said Petersburg Fire and EMS director Sandy Dixon, who told the Borough Assembly this week that it was important the community recognize Stephen.

He was a commercial troller by profession, but when he wasn’t out fishing for salmon, he devoted much of his life to the fire department. Fellow firefighters remember him not only as the longest serving volunteer but one of the most active. William Bergman volunteered alongside Stephen for about 40 years.

“That guy was probably the most dependable volunteer we had. If he was in town, he showed up when the alarm went off. You could count on Jon,” says Former Fire Chief Sam Bunge. He says Stephen was also an easy person to work with.

“You know in any organization, 90 percent of the problems come from ten percent of the people. And there’s some personality conflicts and stuff like that that goes on in any organization. We’ll Jon was completely free of that. He treated everybody the same and he did his job and he didn’t let emotional and personal stuff interfere with anything. He was working for the good of the city and the good of the fire department.”

Jon Stephen was born in Petersburg in 1944 to Agnes and Jack Stephen. His mother died when he was just three and his grandparents, John and Marie Hammer took care of him for a few years. In 1951 he went to live with his aunt and uncle, Jim and Bev Hammer, who raised him as their own son. His sister, Wendy Westre, says she and her other siblings have always considered him their brother.

After high school, Westre says Stephen joined the National Guard and was stationed in Anchorage when the devastating earthquake hit in 1964. Once he was discharged, Stephen came back to Petersburg where he started a cab company, complete with a yellow checker cab.

He started trolling in 1969. Westre says His first boat was named the Rauma, prompting his fellow fishermen to nickname him “Jonnie-rama” 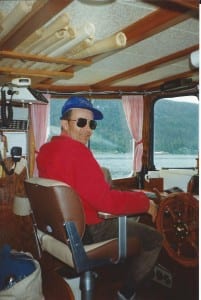 According to Westre, firefighting was his second occupation after fishing. Part of his work included teaching new firefighters the ropes, literally.

Dave Berg, assistant fire chief, says, “He originally was one of the officers who taught us a large part of the firefighter one program including the knots and ropes and lines necessary to get tools delivered to firefighters up on the roof and to be able to attach something down. I guess Jonnie probably had a good knowledge of ropes because he was a commercial fishermen and had spent a lot of time on the water so that certainly helped things out.”

Stephen’s knowledge of the department and its history was irreplaceable according to present-day Fire Chief Jerod Cook:

“He knew the history of the department from the late 60’s all the way to the present. He had been involved with it. He had seen the changes, the ups and downs and had been a volunteer member through all those changes so he could reflect back on them. He could always tell you who had lived in any house you were ever responding to since he was a kid. So it was just a dynamic personality there that you are not going to be able to replace that because the history is just not there,” says Cook

Cook has spent 25 years with the department himself. He knows of only a couple volunteers who have even come close to devoting as much time to the department as Stephen did.

Jon Stephen was 68. There will be a public memorial service for him at the Fire Hall this Sunday (4/21) at two.