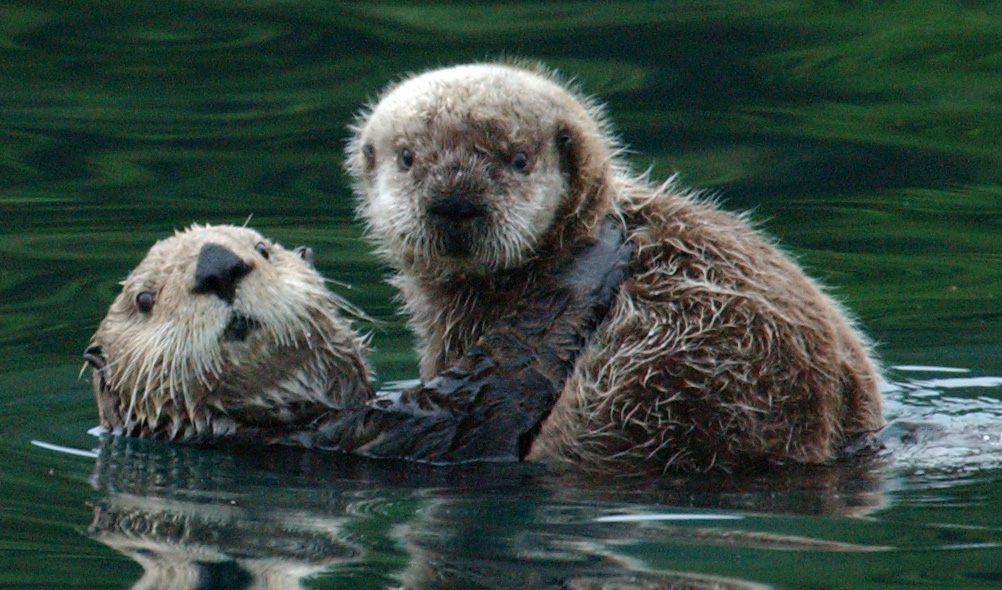 The Southeast Alaska sea otter population well-more than doubled over the past decade. That’s according to an estimate from the U.S. Fish and Wildlife Service, which released a draft of its revised stock assessment this week(4/18). As Matt Lichtenstein reports, the numbers have been out for a while but the public now has a formal chance to comment on them.

The draft estimates a total of 25, 712 otters in the region. The number is based on aerial surveys done by researchers in 2010 and 2011. That compares with 10,563 otters in 2003. The latest numbers won’t come as a surprise to many who have been following this issue. Federal scientists had already presented results from their population studies in public presentations and news reports over the past couple years. The revised stock assessment formalizes the numbers and provides a 90 day opportunity for public comment.

According to Fish and Wildlife Service spokesperson Bruce Woods, the agency will consider and incorporate public input before the draft is finalized,“Any input on habitat degradation or improvement of habitat, any additional information be it traditional ecological knowledge or personal observation that might help us refine our numbers. Any additional information on human caused mortality or injury that we may not be taking into account.”

The Russian fur trade wiped out the southeast sea otter population by the early 20th century. The state of Alaska re-introduced about four hundred of the animals to Southeast in the 1960’s and they have thrived. According to the draft assessment, the regions otter population appears to be growing at a rate of 12 to 14 percent per year. 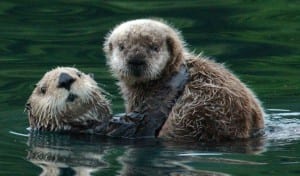 US Fish and Wildlife Service photo

The assessment allows for a Potential biological removal of nearly 2200 animals. Basically, that means the number of animals that can be killed, intentionally or unintentionally, before the Fish and Wildlife Service has to impose regulations to limit the take. According to the draft document, it’s never gotten close to that point.

From 2006 to 2010 around 450 otters were taken each year for subsistence by coastal Alaska natives, who are the only people allowed to hunt the animals under the Marine Mammal Protection Act.

The report says sea otters have –quote- “occupied appreciable new habitat in southern southeast since 2003”. That’s something fishermen and others out on the water have witnessed for years. In particular, the report goes on, -quote- “otters have moved in large numbers along the northwest coast of Kuiu Island up into Keku Strait and then animals from this area have crossed Frederick Sound to the southern tip of Admiralty Island, and finally otters have expanded northward from the Barrier Islands (off southwest Prince of Wales)through Tlevak Strait”.

“What we’re seeing is an indication of a population that is recovering and that is continuing to move into habitat that it formerly occupied and has probably not finished the process of recolonizing habitat that it once occurred in,” says Woods.

The otter’s rapid population growth and voracious appetite for shellfish has been a major concern for commercial crabbers, dive fishermen and subsistence harvesters. They’ve seen once-productive fishing grounds for dungeness crab, sea cucumbers and other species depleted after the otters move in.

Petersburg assembly member and commercial fisherman Kurt Wohlheuter chairs a local committee that’s drafted a resolution on the issue for the rest of the assembly to consider. It takes the federal government to task for not developing a current plan to manage the otter population.

“There is no management plan for the sea otters and, you know, they’re out of control at this point because they’re eating some of the crab fishermen out of house and home, as evident by fewer and fewer participants every year and, you know, without that management tool for the sea otters I’m afraid that at some point, that there will be no dungeness fisheries and that’s the thing that concerns everybody here,” says Wohlheuter.

Fishing industry advocates have called for more aggressive efforts to reduce otter numbers. Opponents of that approach emphasize that otters benefit other fisheries by eating sea urchins. Urchins destroy kelp forests that serve as shelter for juvenile salmon, herring and other fish.

The Fish and Wildlife Service’s last conservation plan for Alaska Sea Otters dates back to 1994. At the time, the federal agency set the goal of determining an optimal sustainable population for the animals. That has not happened yet. Woods says they are working on developing a formula to estimate that number by March of 2015.

Meanwhile, the draft population assessment is available through a link on the US Fish and Wildlife Service Website.