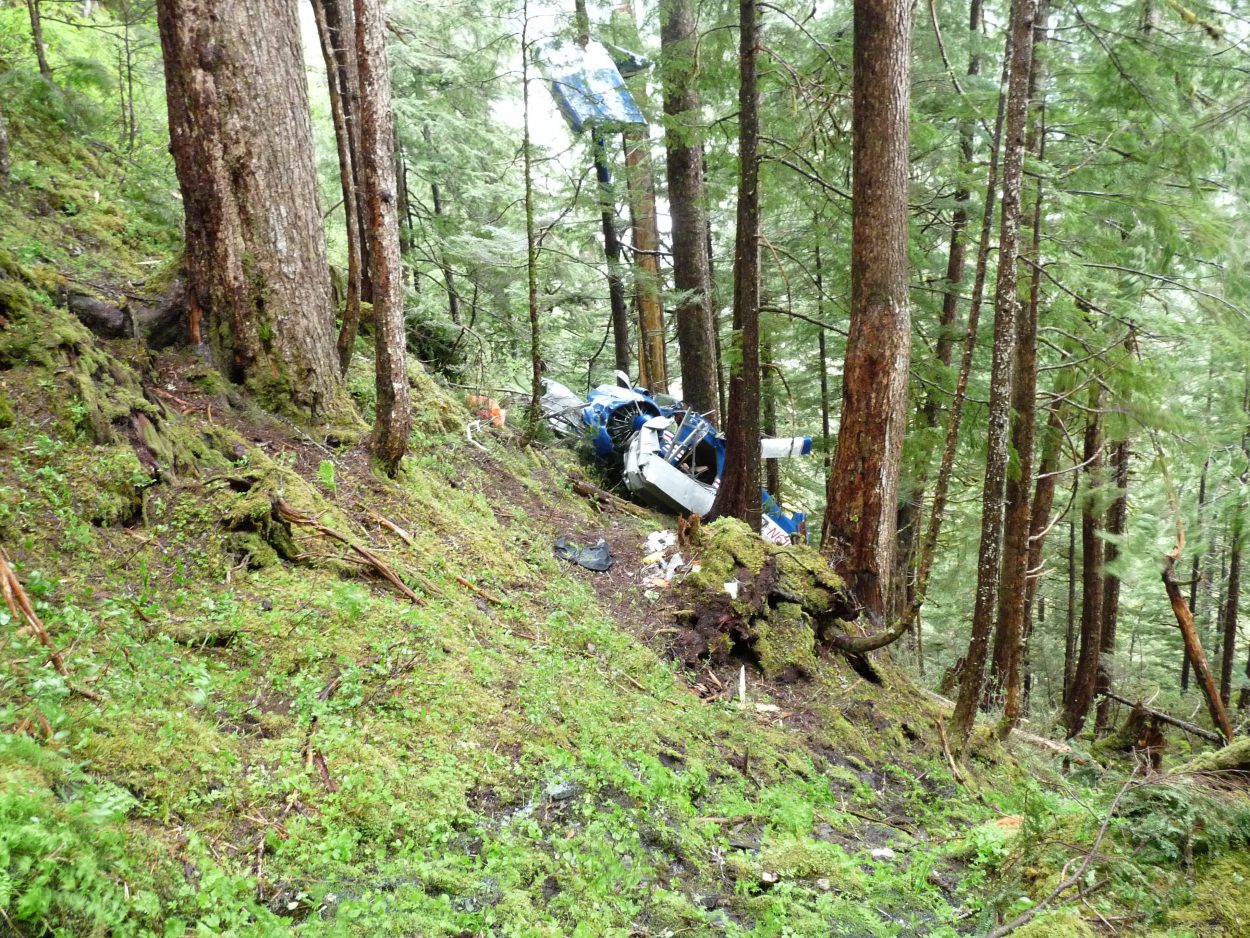 The National Transportation Safety Board has released its preliminary report on last week’s fatal crash of a floatplane near Petersburg. The report summarizes the circumstances in the June 4th accident but does not yet include a probable cause for that fatal crash.

For iFriendly audio, click here:
According to the report, the Pacific Wings deHavilland Beaver with a pilot and six cruise ship passengers left the floatplane dock in Petersburg at 3:19 on the afternoon on Tuesday June 4th headed to LeConte Bay for a flightseeing trip.

The pilot told an NTSB investigator that the flight was his fourth that day and his third tour flight. He reported weather conditions had deteriorated throughout that day with a ceiling of two thousand feet, light rain and fog along the mountain ridges. The pilot told the NTSB that he tried to fly through a mountain pass on the way to the glacier and initiated a left-hand turn to avoid rising terrain right before crashing into the forested mountainside. The plane went down at 3:40 that afternoon on the steep mountainside, 912 feet above sea level. 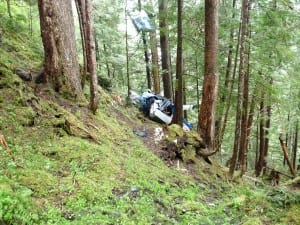 Brice Banning, an air safety investigator with the NTSB, says it’s still early in his investigation. Banning said this week he’s looked at the crash site and has interviewed the pilot and passengers and considered other facts from the accident. “We looked at some information provided by the company, that they used to track the aircraft as its flying. We interviewed the pilot, visited with him about weather conditions, the flight itself and what transpired,” Banning said.

66-year-old Thomas L. Rising of Santa Fe, New Mexico was killed in the crash. He and five others, Frank and Amy Allen, along with their sons Will, Rob and Ben were passengers on the cruise ship Sea Bird, on an Alaska cruise offered by Lindblad Expeditions and National Geographic. Those five, along with the pilot, survived the crash and were rescued from the site.

The pilot reported no mechanical problems before the accident happened. An emergency locator transmitter on the plane signaled the U.S. Coast Guard about seven minutes after the impact and a coast guard search began about a half hour later. The company’s tracking system also let Pacific Wings employees know the floatplane was no longer transmitting along the planned route. The crash site and survivors were discovered by a Coast Guard helicopter at 6:16 that evening. The plane went down near Jap Creek, on the mainland about 14 miles east of Petersburg.

The NTSB’s Banning described the crash site as a treacherous location and said there’s work left to do. “It takes time and we’re still really in the fact gathering stage. The insurance, representatives of the insurance company are looking, or working towards recovering the aircraft where the NTSB will have a chance, an opportunity again to go through the wreckage in a controlled environment.”

The NTSB does not identify a probable cause until it issues a final report, which can take up to a year to complete.