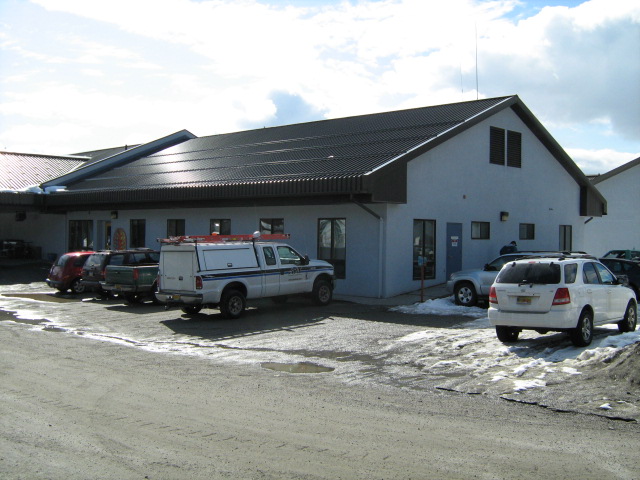 Representatives of Petersburg’s borough are telling the Petersburg Medical Center it should pay back $1.2 million it has borrowed and should not have borrowed the money in the first place without voter approval. Meanwhile, the medical center board this week broached the subject of borough funding to help keep the facility running.

For iFriendly audio, click here:
The community-owned hospital and its seven-person elected board in 2006 approved taking out a line of credit through Wells Fargo, formerly Wachovia. That was a recommendation of a former chief financial officer to pay for major equipment and meet payroll without dipping into investment money. Initially the line of credit was one million dollars – it has since been increased to two million dollars – and the hospital has an outstanding balance of one point two million on that credit line.

Seven years later, multiple lawyers are telling the medical center it needed voter approval before borrowing money. Here’s borough assembly member John Hoag, an attorney in private practice, agreeing with an opinion from the borough attorney Sara Heideman. “There’s no way out of having voter approval for the line of credit,” Hoag said Monday, as he and other assembly members met with the medical center board and administration Monday to discuss PMC’s financial status. “There’s just no issue neither Sara or I could find on that, it’s mandatory.”

Hoag agreed with Heideman’s opinion and recommendation immediate repayment of the borrowed money, from the medical center’s $4.1 million investment account. 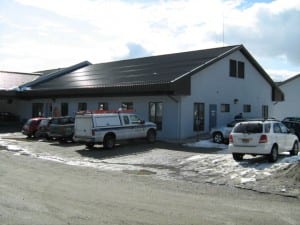 Article nine, section nine of the Alaska constitution says “no debt shall be contracted by any political subdivision of the State, unless authorized for capital improvements by its governing body and ratified by a majority vote of those qualified to vote and voting on the question.” The constitution allows for interim borrowing repaid by the end of the next fiscal year.

KFSK asked for a copy of the borough attorney’s opinion on the issue and was denied that request. Heideman recommended the opinion remain confidential because it regards a matter which may result in litigation or might otherwise adversely affect the finances of the Borough. The threat of a lawsuit came up at Monday’s work session.

Hospital board member Rocio Tejera asked about potential consequences for not paying off the borrowed money. “Because my concern here is we are talking about paying off our debt, which is great, but we are not coming up with a plan of how we are gonna come up with the cash?”

Hoag responded, “The worst consequence I can project is a tax payer lawsuit saying we have all exceeded our authority and it needs to be done and by the way here’s the bill for attorneys fees for this successful lawsuit.”

Much of Monday’s work session focused on possible solutions for providing funding for the medical center with that line of credit no longer an option. Hospital board president Tom Abbott, also station manager at KFSK, posed the question of how to approach public funding for the facility. “Moving forward, would it be the assembly’s wish that we operate more like the school district and come annually with a figure or should we have a big discussion and consider a tax base and then the hospital has to operate with that?” Abbott asked.

Assembly members asked the board and administration for more information about the medical center and it finances. John Havrilek thought the public would not support an increase in taxes and thought the medical center needed to be more up front with recent problems in account billing and staffing. “I’d wanna make sure that there was an extremely thorough audit showing what the billing cycle if it is, well we know that it’s a mess, but that that’s being repaired, that there’s a reorganization in place to show that the hospital is operating at a maximum level with only the staff necessary,” Havrilek said.

The medical center provided the assembly with the hospital’s business plan which includes audits from the past five year and budget projections for the next five. Those projections anticipate operating losses in 2015 growing to over half a million dollars by the year 2018. The medical center is in difficult circumstances financially, according to the business plan, and eliminating the line of credit as an option limits the hospital’s ability to operate. “In the very near future there is a high likelihood that PMC will not have the cash needed to make payroll,” the business plan says. It also notes three and three quarter million dollars in accounts receivable that medical center needs to collect from patients and insurance providers.

Medical center CEO Liz Woodyard told the assembly that they’re working to fix billing problems. “So it has been difficult getting the bills out, but I think bills are going out every month, we’re closing the month on time,” Woodyard said. “We’re working with people to set up payment plans if they need to. So I feel really confident about that and we are getting a new computer electronic medical record and then that company will be helping us with the billing so I think it will be a pretty seamless process and so I feel very comfortable that we can say going forward we have a good plan in place for that.”

Woodyard thought the hospital was running a lean operation with little room for budget cuts. And board member Tejera pointed out that paying off the borrowed money and the 700-thousand dollar price tag for the medical record system from the investment account would create another problem. “We will have no income from investments, then we will be in trouble. We will have no cash. Because we barely make it from operations. There is nothing else really the hospital can do to increase revenue.”

The hospital’s business plan says “going forward, it is unlikely that PMC will survive without tax levy support.” Assembly members were willing to look into the possibilities for borough funding for the medical center. “We need to make sure you folks are solvent and continue to be a vital part of this community. That’s why we’re here,” said Hoag.

The first regular election is not until October of 2014, so any vote on raising taxes or some other revenue source may not be before then. Staff from the borough and medical center plan to work together on the hospital’s long term funding needs and report back to the two elected groups.
The assembly and board agreed to hold another work session August 22nd.