New system gives Petersburg schools two A’s and a B 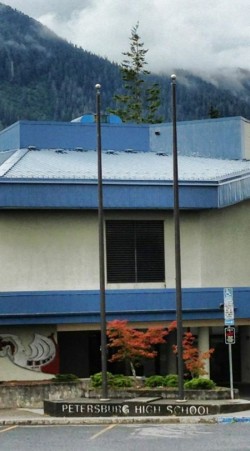 Petersburg High ranked lowest of the three local schools under a new state evaluation system. But it still scored at 84 out of 100 points.

What’s called the School Performance Index gives the district nearly 90 out of a hundred points. Results released Friday show Petersburg is the seventh best in the state.

Mitkof Middle and Stedman Elementary Schools were ranked above the 90-point mark. Both earned four out of five stars for their achievements.

Petersburg High was at 84 points and earned three stars, meaning it must implement an improvement plan.

The new rating system was set up after Alaska was granted a waiver from the federal No Child Left Behind Act. It evaluates reading, writing and math skills; graduation rates; and student improvement levels.

While Petersburg ranked seventh in the state, six other Southeast school districts were in the top 10.

Yakutat was first, Skagway was third, Sitka’s Mount Edgecumbe was fourth and Wrangell was sixth. Southeast Islands, including part of Prince of Wales Island, was eighth. Haines was ninth.