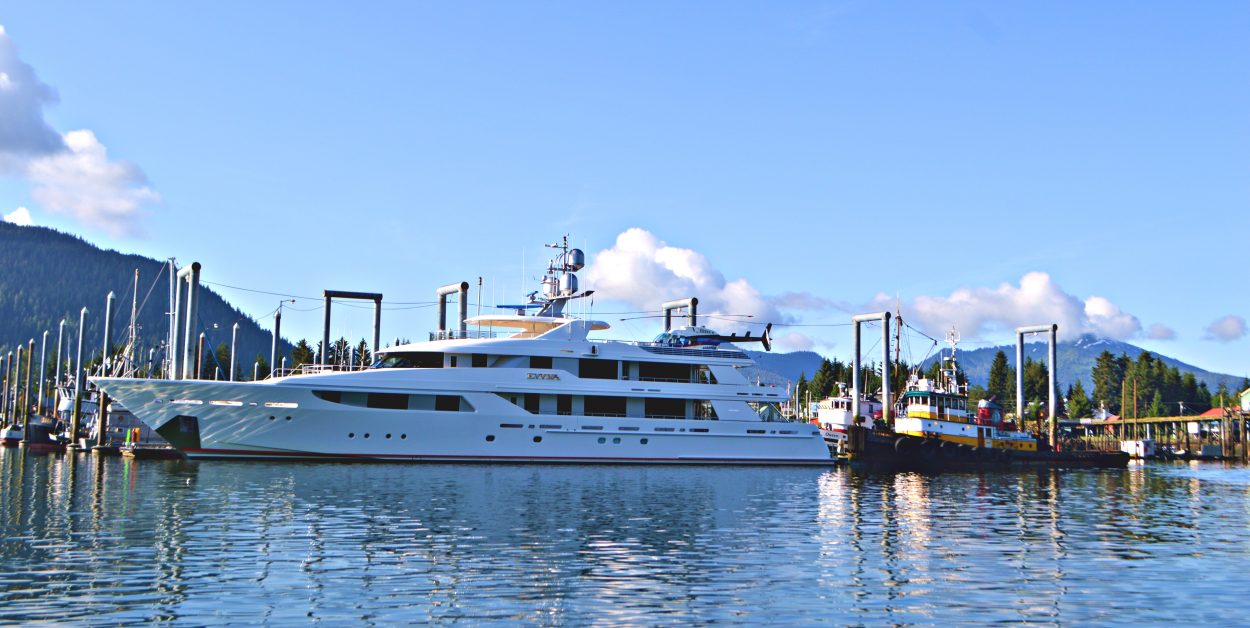 A national magazine has named the Southeast Alaska fishing community of Petersburg as its best yachting town for 2013. Yachting Magazine’s readers originally nominated Alaska’s Little Norway for the title during the publication’s 3rd annual “50 best towns” competition. Editors narrowed the nominees down to a list of ten this summer and readers then voted for their favorite in an online poll. Matt Lichtenstein reports: 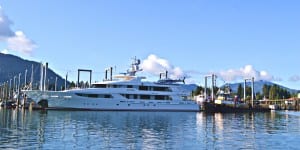 A visiting yacht, complete with its own helicopter, tied up in Petersburg’s South Harbor. Photo by Carey Case.

“Petersburg pretty much ran away with the competition,” says Yachting Magazine Associate Editor Dan Harding. He says 410 people chose Petersburg which was 44 percent of the votes. Petersburg is named as number one in the magazine’s November edition. Oxford, Maryland and Beaufort, North Carolina were previous contest winners.

Petersburg had some tough competition this year, including Seattle and New Orleans. Harding was glad to see so much support for a smaller community.

“Anytime we get a location like Petersburg or even Oxford, it’s a real treat for us. I think it’s a real treat for the readers because these are great locations that don’t get the recognition that maybe they deserve. Sure, they’re not as popular or might not have a dozen marinas with a triple digit number of slips but I mean what they lake in amenity is made up for in natural beauty and I think that’s really what the competition’s all about. We set out to hopefully find a gem of a town and so far we’ve done that and I think we found a real great destination in Petersburg,” Harding said.

“It’s really neat to see people get behind their home town and make this happen. So, it was kind of a community wide effort. Plus I think it was friends and family around the country all voting for Petersburg that made it happen.” says Cabrera.

That was in competition with much larger towns that had the same opportunity to get out the vote.

“Somehow we pulled ahead of much bigger towns like Seattle and New Orleans. So, Petersburg had something special about it that encouraged people to vote. So, its really nice to see that,” she says.

Cabrera was hopeful the publicity would translate in more boaters choosing to visit Petersburg, maybe stay a while, and spend some money in town. 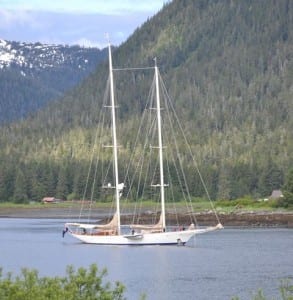 Harbormaster Glo Wollen was also happy about the news. She says Petersburg has seen an increase in private pleasure boats stopping here in recent years.

“Probably more noticeable is the fact that they want to spend a little more time so a lot of us get contacted all along the southeast area [by boaters interested in] spending the winter so they can take a couple of summers to look at Southeast,” says Wollen

She says about 50 percent of the pleasure boats that stop in town each year are coming here for the first time.

Petersburg is located on Mitkof Island about a hundred air miles south of Juneau in the heart of the Tongass National Forest. Some of the local attractions include sport fishing, watching whales and other wildlife, hiking, sea kayaking, and trips to nearby LeConte Glacier. Petersburg’s harbor has space for about 500 vessels, large and small. While it accommodates many pleasure boats, its primarily a fishing town. There is no deep water port, which means it does not get visits from the giant cruise ships that bring tens of thousands of tourists to some of southeast’s other towns.

Yachting Magazine is based in Rhode Island and has 350 thousand US subscribers.