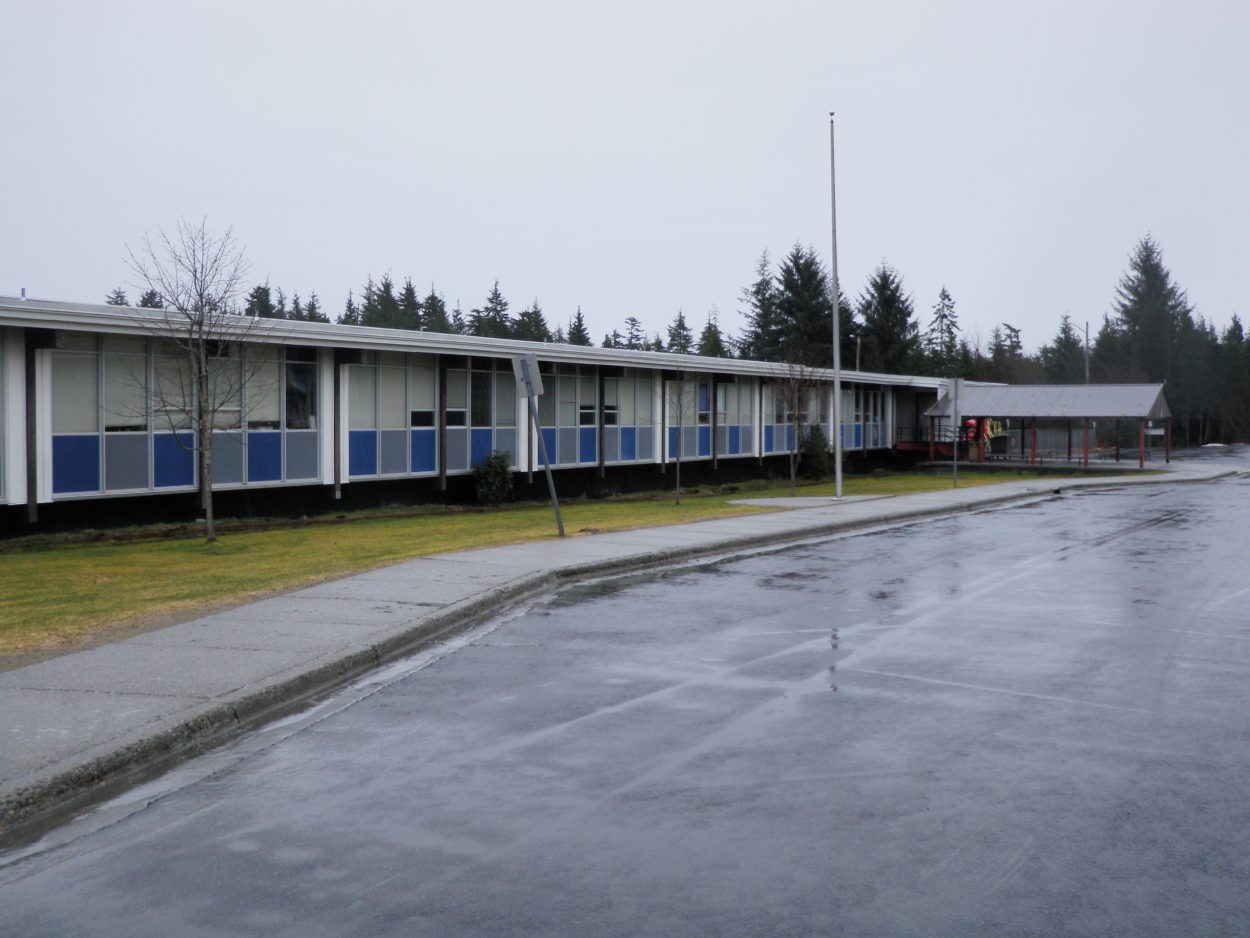 Rae C. Stedman Elementary school in Petersburg is getting a major overhaul this year and it looks like the work will be starting before the end of the school year. The wall, window and insulation project is expected to cut down on heating bills for the four-decade-old building.

Petersburg’s school board this month voted to award the contract to the Alaska Commercial Contractors for $2.3 million. Alaska Commercial has an office in Juneau and employs some Petersburg residents. It was one of six companies bidding on the work.

Superintendent Rob Thomason summed up the input from the district’s architectural firm. “They were pleased with all the bidders. They were extremely pleased with the winning bidder. They’ve worked with them before. They are in some ways Petersburg based. The numbers were what they call a tight grouping in terms of they were all within a few hundred thousand dollars as opposed to millions of dollars of difference. And so they’re very comfortable that every company was looking at the same thing so they understand what they are getting into. We’re thrilled with the contractor. We’re excited about the project and it’s right on budget for what we had anticipated and set aside out of the timber receipt for our 30 percent at the borough level.”

70 percent of the project cost will come from the state while local 30 percent match will be covered by federal dollars the borough has saved. That money is from the Secure Rural Schools payments, formerly called timber receipts, given to communities near national forest land.

The project will mean new walls and windows for Stedman elementary, built in 1969. Maintenance director Dan Tate described the work. “Well it’s gonna be quite a site to see come the summer. You gonna see large sections of the school with the walls completely down. We’re getting two by six wall construction which is an industry standard. Right now our walls are unbelievably thin and it’s gonna be quite a change. When the final siding goes up and the windows are in place you’re gonna see a different window configuration than you’ve seen in the past. It’ll be a little more aesthetically pleasing probably. Biggest thing I think you’ll notice is our siding that’s on there right now is a little more of a vertical nature to it and we’re gonna go with what looks like from the drawings a two-tone horizontal look to it. And like I said different window arrangement, like I said I think it should be very pleasing for everyone to see.”

Tate said the bids came in low enough to pay for other work at the school. That will include replacing old carpeting, removing asbestos pipe fittings under the building and new digital controls for the heating system.

“In 2005 the mechanical systems of the school were brought up into this century shall we say and now with these improvements plus, the name of the project actually goes a little bit greater,” Tate said. “We’re also getting new radiator and fin tubes, new insulation underneath the school, the envelop’s going to be increased all the way across the board. With the digital controls like I said we’re coming into the 21 century with that building.”

The district was hoping to do the work entirely during the summer, when kids are not in class. However, it looks like the renovations will take longer than the three month summer break. Principal Erica Kludt-Painter saidconstruction will be starting while kids are still in school this year. “Which poses some challenges that we’re working through actually right now and hoping to work directly with the contractors as well as far as what that might look like and how that will impact students and how we can make it the least impact educationally, with the hope that everything will be up and running and ready to go by the beginning of the school year that’s the real goal.”

Kludt-Painter said the start of work could be April or sooner and it may mean closing some parts of the school and juggling classroom space. “Potentially yes. And talking about things like looking at the library, obviously you don’t really wanna close the library during school year but at the same time that’s not a classroom. Everything’s being looked at but we really want it to be the least impact on the kids.”

Superintendent Thomason thinks the disruption from construction will be worth a warmer school building that will be more cost-effective to heat in the long run.