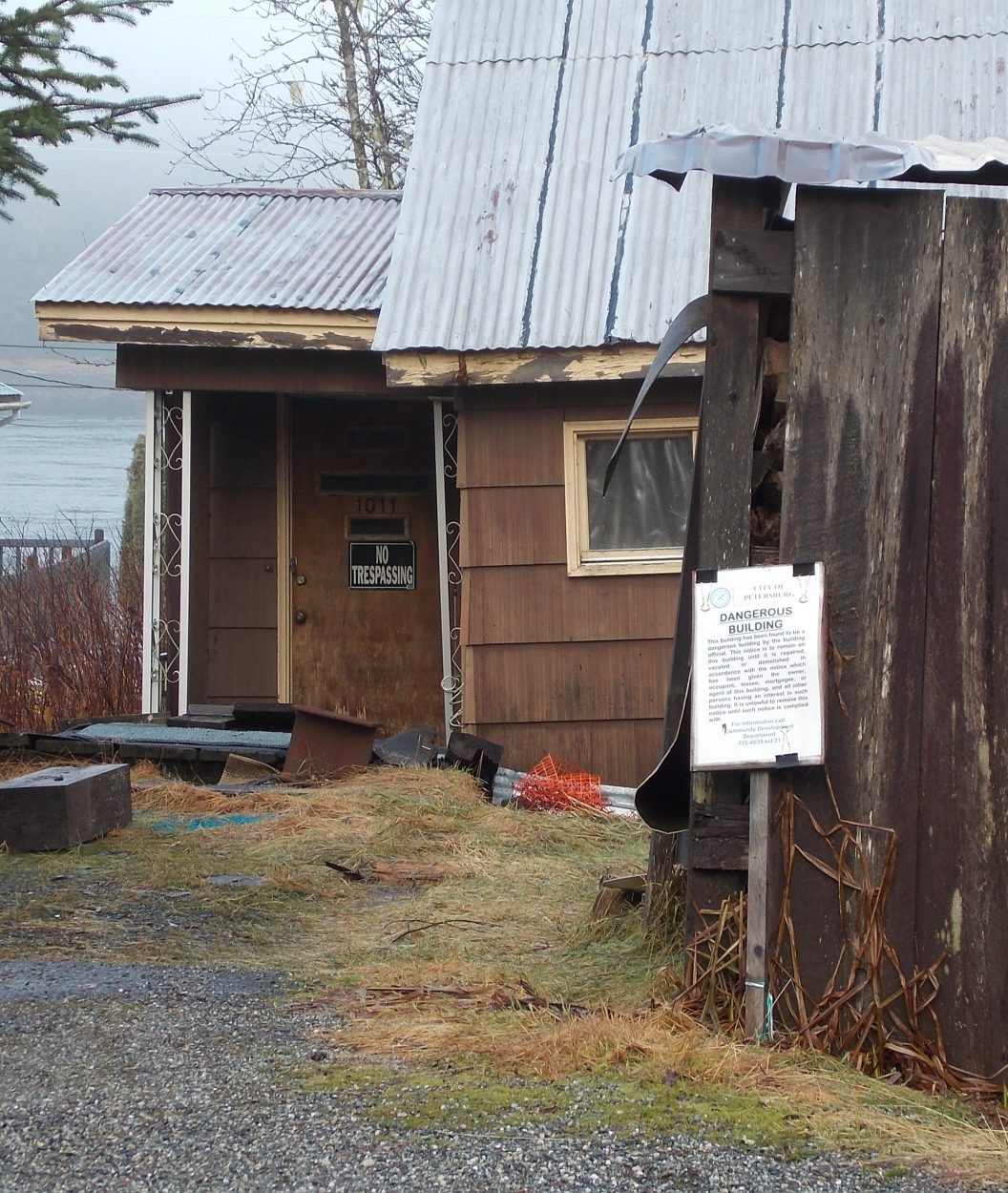 A Wrangell Avenue home that’s fallen off its foundation will be allowed to stand a little longer – at least until an appeal over a demolition order gets its day in court. A Superior court judge Tuesday granted a stay on the borough’s plans to raze the house and expects the issue will be resolved by the summertime.

Tuesday’s hearing was about whether the borough could go ahead and demolish what it has deemed is a dangerous building at 1011 Wrangell Avenue in Petersburg.

The borough assembly in December ordered the owners of the house Karen Ellingstad and Fred Triem to fix the structure or demolish it within 30 days. Triem and Ellingstad appealed that decision in January and asked the court to stop the borough from following through with demolition.

Triem, an attorney, argued his case before superior court Judge Philip Pallenberg Tuesday. He said the home owners have appealed the assembly’s order because of flaws in that order and the decision making process.

Triem asked the judge had to consider the harm of tearing down the home. He said the December non-compliance hearing held by the borough assembly did not have any witnesses or evidence other than a report on the condition of the home drafted by the borough’s building official Leo Luczak along with some letters from neighbors. He wanted the appeal to be allowed to proceed and said tearing down the home would make his argument moot. 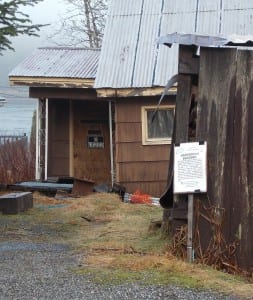 The assembly made their decision at a December 2nd meeting following testimony from Triem and a closed-door executive session on the issue. In his report building official Luczak wrote that the foundation of the structure had failed in 2009 and as a result had multiple violations of building code. Luczak deemed the home a dangerous building and thought the unoccupied house is uninhabitable and presents a hazard to the public and surrounding properties.

Meanwhile at Tuesday’s hearing, borough attorney Brennan argued there was more harm to the public interest to allow the home to stand and noted the homeowner have not fixed the structure since it fell off its foundation almost five years ago.

Brennan argued the couple have chosen to disregard the safety of other citizens. He cited the threat of the house sliding down the hill onto an adjacent property, the potential hazard to curious children exploring the vacant building, or the new shelter for animals in the neighborhood.

“We’re talking about a building that’s not just an eyesore, it’s a dangerous building,” Brennan said. He pointed out the homeowners had their opportunity to be heard and said the borough would have preferred the home owners dealt with the structure but did not in five years time.

Triem responded that the home is not on a steep slope and it’s not going anywhere. “If it was gonna move it would’ve moved by now,” he said. He called the non-compliance hearing an ambush, and said he asked the municipality to postpone that hearing to a later date but was denied a postponement.

He didn’t think the borough had made the case that there was risk to neighboring home owners from the building moving, or financial damage from decrease in neighboring property values. Pallenberg thought doors and windows on the building could be easily boarded up, and ordered the home owners to seal it up in a week’s time. Pallenberg said the harm was greater to the homeowners if the building was demolished. He also agreed there were questions about what he called an “abbreviated” non-compliance hearing. Pallenberg granted the motion to hold off on demolition and said the issue was not a complicated one and should be decided by the summer construction season.

He ordered Triem to seal up the entrances to the home and told the attorneys not to expect time extensions as he makes a decision in the appeal. Pallenberg expected filings in the appeal could be in to the court by early May. Depending on who’s successful in the appeal, the borough could be demolishing the home during the 2014 summer season, or Triem could get more time to fix up the building during the summer. That could be pretty close to Triem’s initial request during the December hearing when he asked the assembly to give him until Labor Day to make repairs.