Southeast Tanner crab catch up from 2013 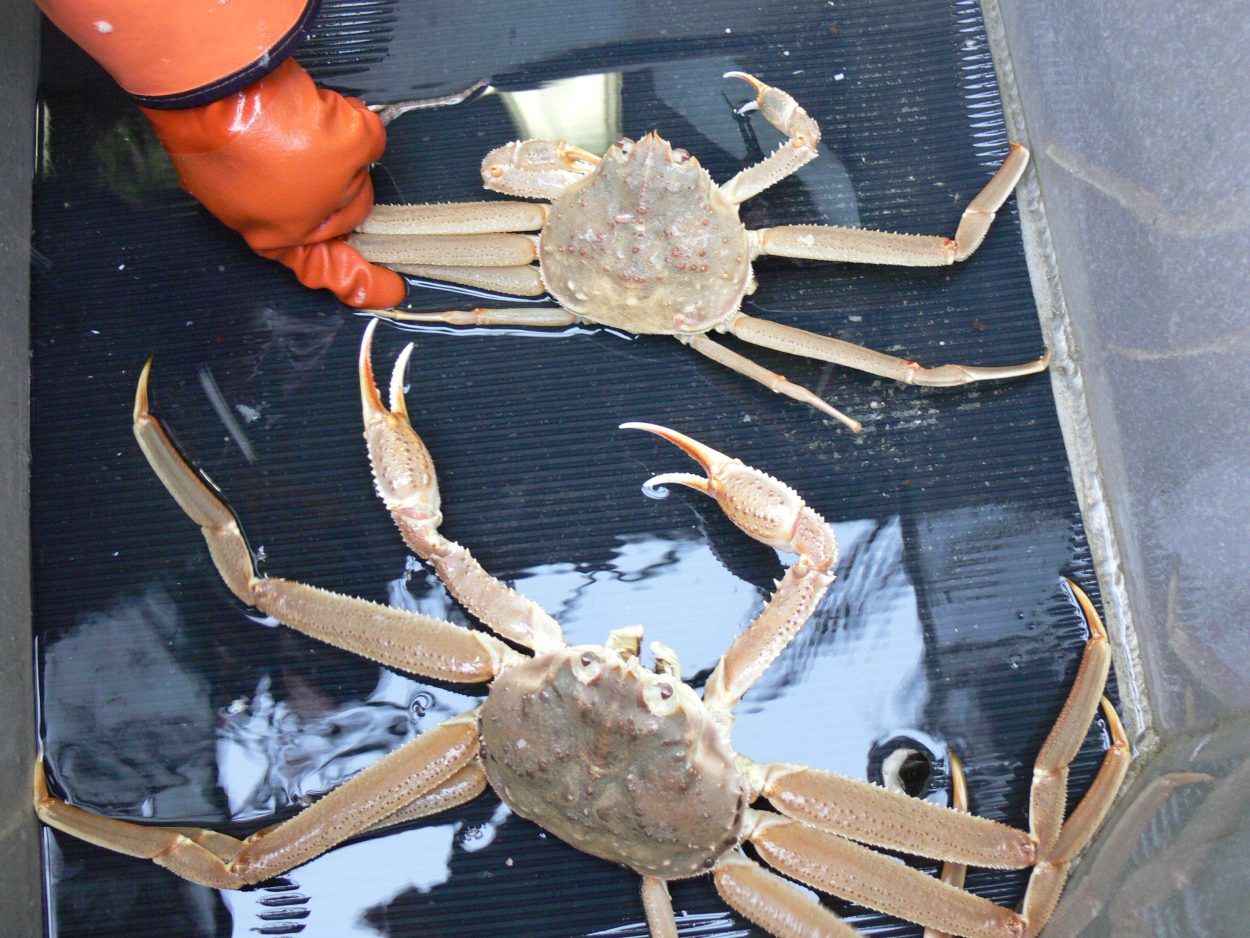 Southeast Alaska commercial crab boats caught around one and a quarter million pounds of Tanner crab last month, the biggest catch in over a decade.

Crab fishing opened February 12, two days after the scheduled start date because of bad weather. The fleet had six days of fishing in the most popular areas, and a total of 11 days in the rest of the Panhandle.

Joe Stratman is lead crab biologist for the region for the Alaska Department of Fish and Game. “This 1.25 million pound harvest just slightly exceeded last season’s harvest by 12,000 pounds,” Stratman said. So the harvest was very similar to last year but it was the largest Tanner harvest we’ve had in the last 13 seasons. You’d have to go back to the 2000-2001 season to find a larger harvest.” 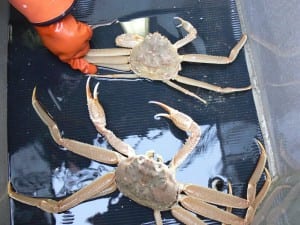 In fact, all the numbers were up from last year’s fishery, catch, effort and value. 80 permit holders landed crab during the season a small increase from the year before.

Stratman said the biggest catches came from the northern end of Southeast. “In district 11 which includes places like Seymour Canal, Snettisham, Holkham Bay and the backside of Douglas, district 11 is where we saw the largest harvest this season where approximately 600-thousand pounds were harvested by 25 permits. District 14 which includes places like Icy Strait and Excursion Inlet area and Glacier Bay was second with 260-thousand pounds taken by 17 permits.”

District 10, closer to Petersburg, saw a harvest of 130-thousand pounds by 13 permit holders.

Overall, the catch was valued at just over $3.1 million at the docks with a typical dock price of $2.70 a pound.

Meanwhile, fishing remains open for golden king crab. That season started at the same time. The region-wide guideline harvest level is just under half a million pounds. As of March 10th, 20 permit holders had landed just 28-thousand pounds of golden king crab in Southeast. However, that catch is fetching around $12 a pound at the docks and the catch so far is worth a total of $330,000 dollars.