The Alaska Marine Advisory tracks the effectiveness of whale pingers 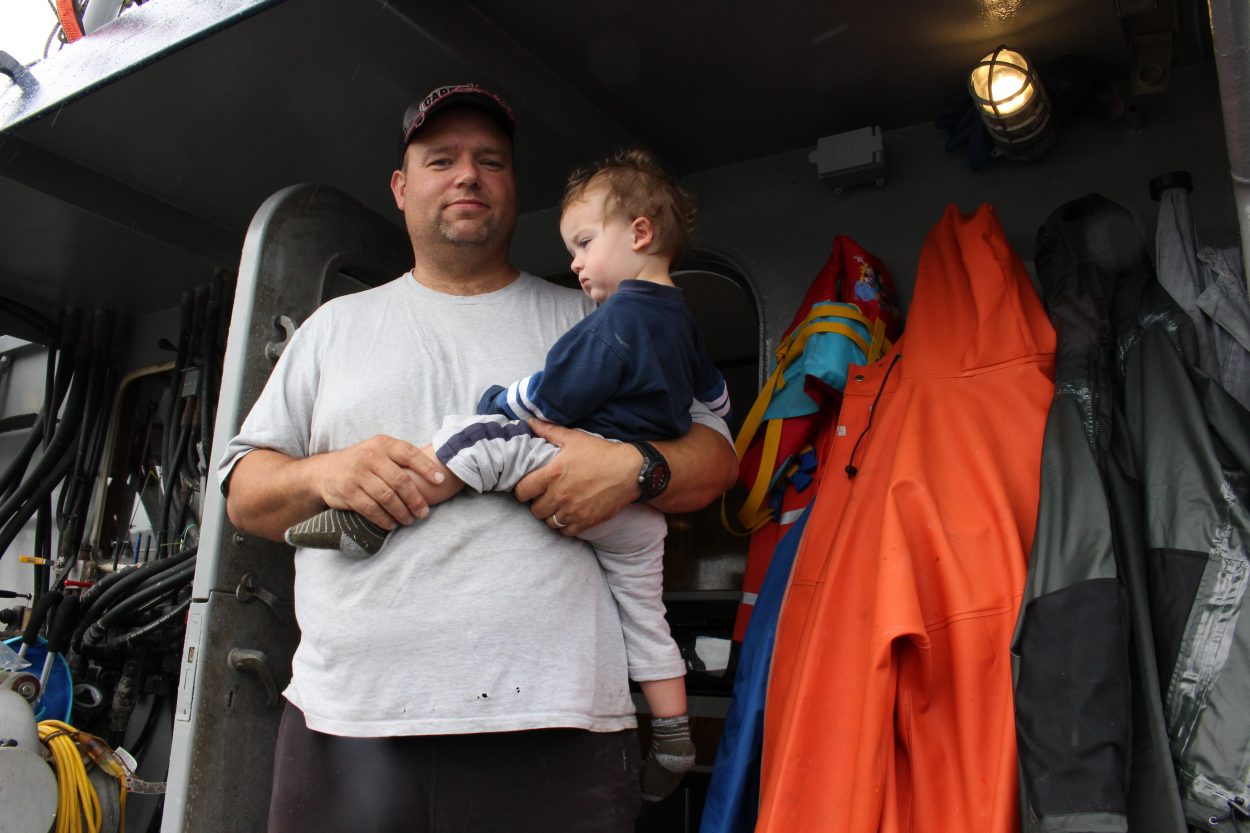 Orca whales rely on echolocation to map the ocean terrain. That means they send out a signal and get a signal back. It helps them avoid predators, hunt for food, and avoid nets. Baleen whales, like humpbacks, don’t have that ability. “As they’re feeding, they’re not really paying attention to what’s ahead of them and they run into things. Anchor lines, mooring lines, nets. Things in the water,” said Kate Wynne, the Marine Mammal Specialist at the University of Alaska Sea Grant Marine Advisory Program. 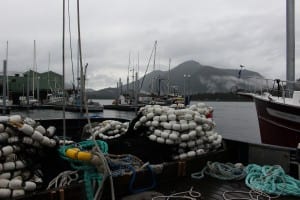 She brings out a device called a whale pinger. It’s about three inches long, made out of plastic, and shaped like a football. She licks her finger and touches one of the electrodes. “Let’s see if I can get it to ping here.” The device makes a high pitch noise. “So if they’re in contact with the water whether it’s fresh water or salt water or spit, it will activate the pinger,” said Wynne.

The device was originally designed to keep whales out of shark barriers in Australia. But here in Alaska, it’s used to deter whales from running into purse seines and gill nets. If you’re a baleen whale swimming in the Frederick Sound, “50 feet away from the net, you’ll hear this thing go ping and you’ll look up from the fish that you’re chasing and you’ll hear a couple of different pings and you’ll keep moving away from that ping until you don’t hear it and you’ll be back to the beach,” said Wynne.

The device can be expensive. It’s $125, and fisherman may need up to a dozen, depending on the size of the net. It doesn’t always guarantee that a whale will swim the other way. “I have heard several reports where they say, ‘well there was a pinger and I had a big hole that blew through my net right through a pinger,'” said Wynne.

That’s exactly what happened to Joe Cisney. He’s been a fisherman his entire life and works on a purse seiner. “In the previous ten seasons I have never been whaled, but we had three go through our net last year. As it turns out, one or two or three of the pingers quit working and we didn’t know it,” said Cisney. He says it wasn’t a dead battery issue. The pingers just malfunctioned.”So it gave the whales a target to hit because there wasn’t any noise coming from that section of the net.” 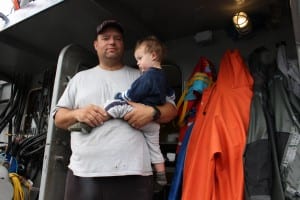 Joe Cisney and his son on a purse seiner

As far as giving pingers another chance, Cisney isn’t forgetting his last experience. “No More. Unless they become more reliable and, you know, give you an indication that they’re working or not,” said Cisney.

Commercial fishing fleets in Alaska use pingers on a voluntary basis, but they are required in parts of the U.S. In California, a study by the National Oceanic and Atmospheric Administration found that by catch of beaked whales went down to zero percent after pingers were mandated.

Right now, the Marine Advisory Program is collecting its own data to determine the effectiveness of pingers and troubleshoot problems. Wynne said, “by gathering data from different situations different gear types, we’re getting a better understanding of how the pingers work and how to modify them.”

The program is asking fishermen with and without pingers to fill out log books around Petersburg, Kodiak, and the Aleutian islands. Wynne said whales infrequently become entangled in nets, but when they do, there’s still a lot we don’t know.

“I’m not sure a statistician will ever be happy with the results we get. But when I hear reports from fisherman that say a whale went around and got back on course. To me, even if it’s not statistically significant, it’s biologically significant. It means that it’s working for me.”

If you would like to participate in the research, the Alaska Marine Advisory is giving out the logbooks to document whale sightings near fishing vessels. Contact (907) 772-3381 for more information.