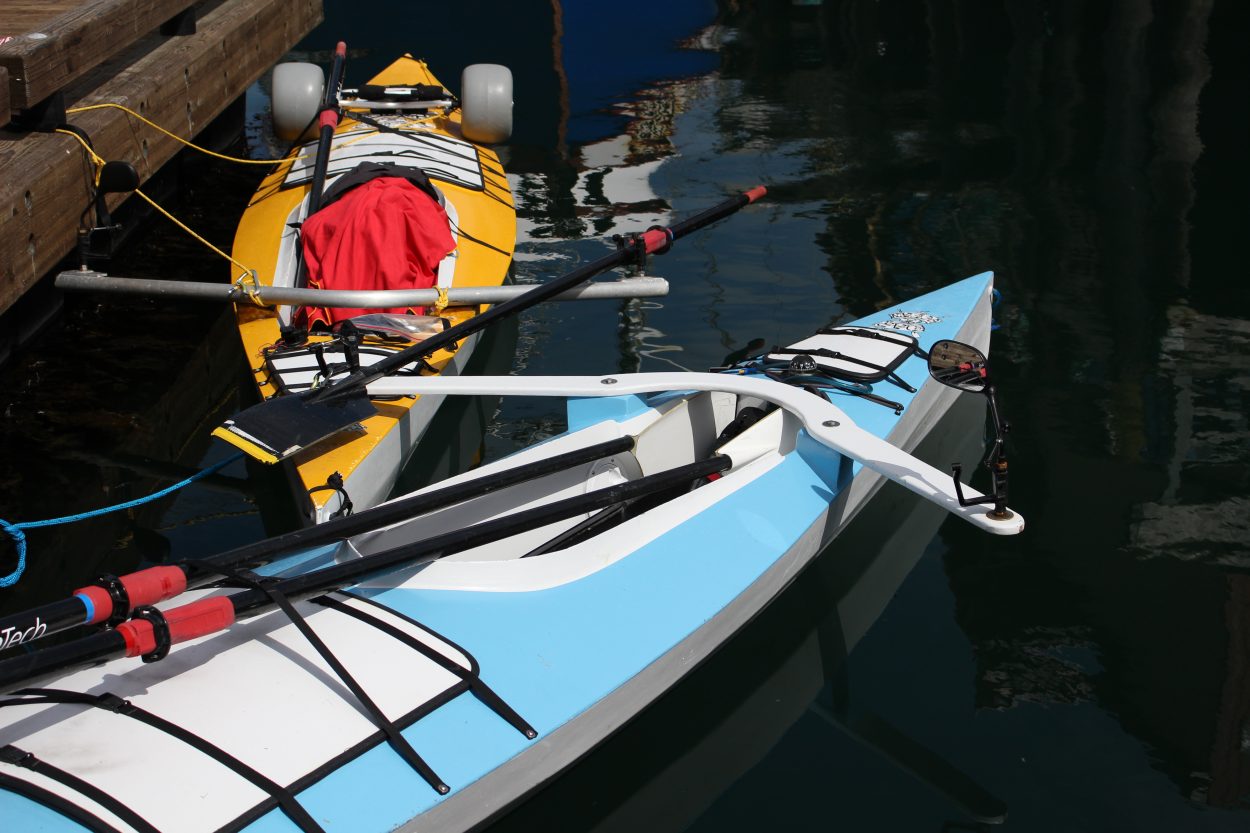 Many people travel to Alaska in the summer to experience wild, untapped adventure. One couple arrived in Petersburg recently by unconventional means. Sheena Miller and Leland Clarke have spent nearly 70 days on the water, all the way from Victoria British Columbia.

They built two kayak-rowboat hybrids, quit their day jobs, and started on the trip almost two months ago. When they’re on the water, it looks like sitting in a kayak backwards. “We have a little side view mirror that helps because you’re always scanning the water for deadheads of logs or whales,” said Clarke. 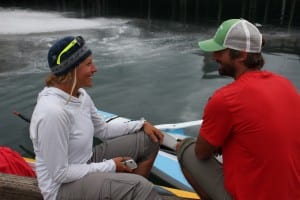 The 18-foot long boats are wider than traditional kayaks. Instead of paddles, they use oars. Miller says they attract attention from curious onlookers. No one has ever seen anything quite like their rowing vessels. “Even in Ketchikan, when we had our first border patrol, have never seem this. It’s definitely a fringe thing I think.”

Clarke and Miller were inspired by Kenneth Macrae Leighton’s book, Oar and Sail. It’s a memoir about a 70 year-old anesthesiologist who rows a wooden boat from Vancouver Island to Prince Rupert B.C. “Since he was older than us and he had a heavy boat, we thought we could build boats that were way lighter and go twice as far. It was sort of a challenge after reading that book,” said Miller. 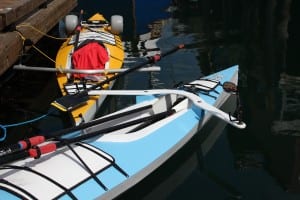 So far, the couple have made it 800 nautical miles. They say their hybrid is safer than a kayak. Less prone to tip over. But that doesn’t mean they haven’t experienced danger on the open water. On a particularly stormy day, they pulled their boats up to an island to make camp and noticed something bobbing in the water. “Three male sea lions poked their heads up, started barking, hissing, out stinking us. And slamming their bodies really close to the boats. The wave they make is so big that the boats would go up in the air and slam back down on the rocks.”

“I told Sheena, you better Google that real quick. See if anyone camped on a sea lion colony and lived,” Clarke said.

The sea lions just wouldn’t go away, forcing them to turn the boats around. “Now we know they’re territorial and you don’t wanna camp on their hood. Cause they’re like gangsters. They escorted us out,” Miller said.

Aside from natural threats, there’s also been mental hurdles. Fatigue, sore backs, achy arms–being together 24/7. “It will be something simple like one us, probably me, is really hungry. I get hangry and my blood sugar drops. And then right away everything worse than it would be ’cause I’m so hungry. Usually, that’s a main indicator where fight will start with us,” Miller said.
Clarke agrees. “I don’t know sea lions or Sheena angry. It’s a tough one.”

But rowing through the inside passage, the couple says they’ve seen white sand beaches and mountain vistas. They’ve met friendly people up and down coast. The hard times, they say, it’s just part of the journey.

“I wouldn’t change anything, even the close calls. They’re what will frame this trip and what we’re going to remember by far. This is a once in a lifetime experience for us,” Miller said.

Their goal is to row up to 1,500 nautical miles to Glacier Bay.

You can track Sheena Miller and Leland Clarke’s progress on their Facebook page.