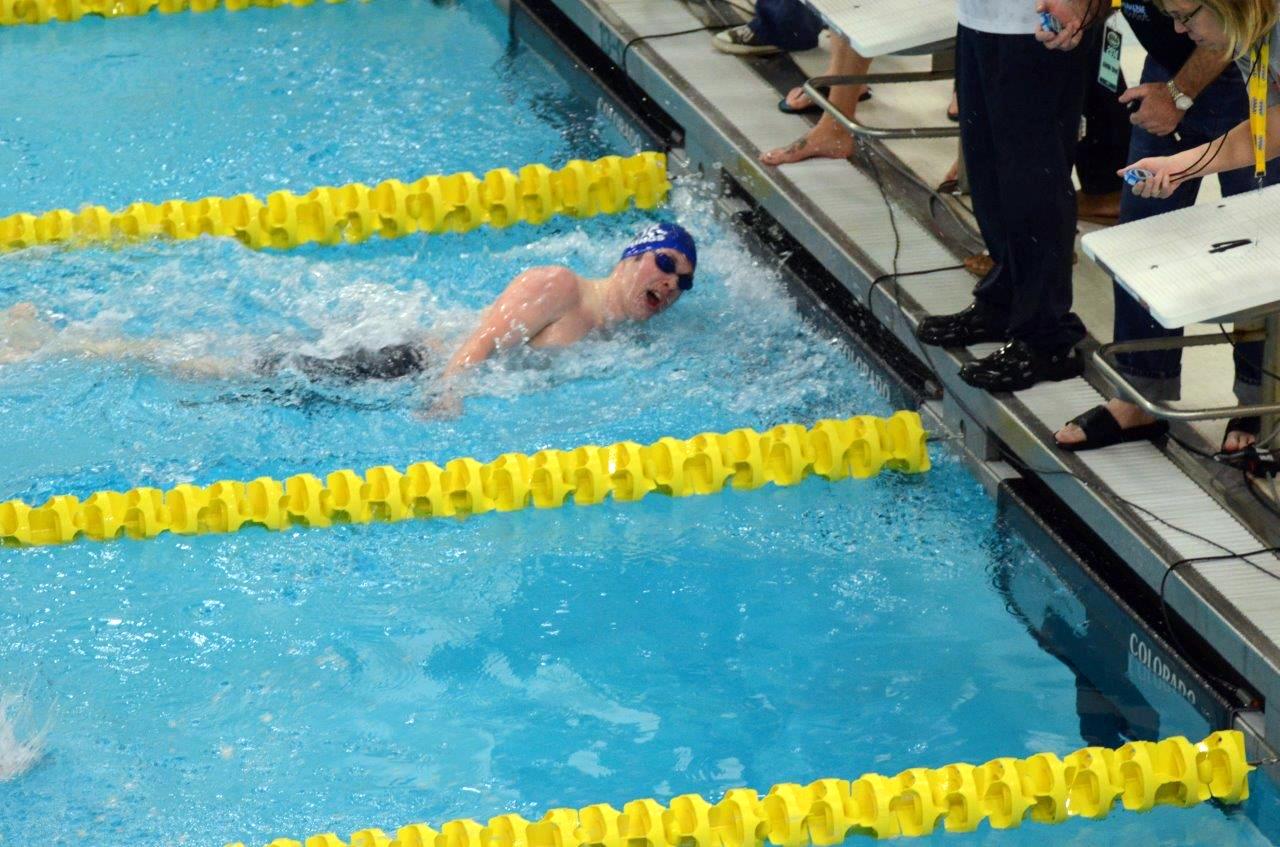 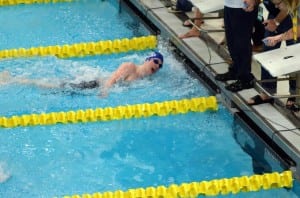 Abel Aulbach broke the state record in the 100 yard freestyle event. He finished with a time of 44.90. He broke the record set in 1998 by Petersburg swim star, Derek Gibb.

Andy Carlisle is Petersburg’s swim coach. He spoke with Angela Denning about the meet. 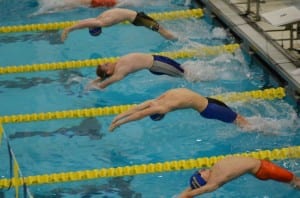 Some highlights for Petersburg at the state swim meet:

The boys took fourth place in the boys 200 and 400 yard freestyle relay. The teams included Abel Aulbach, Evan Marsh and Skipper Erickson. Ian Fleming rounded out the 200 relay and Ben Higgins was in the 400 relay. 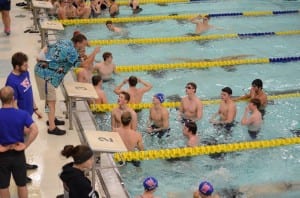 The statistics for the finals at the swim meet are here: State Swim Meet finals.

This weekend the Petersburg Swim Club is hosting a meet. Most of the swimmers will be middle school and younger. Coming to town for that are swimmers from Juneau, Ketchikan, Craig and Haines. 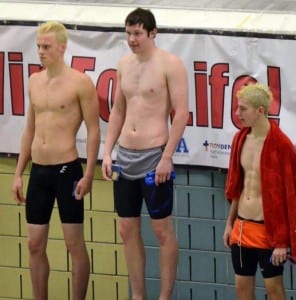 Abel Aulbach stands on the podium after taking first and breaking the state record in the 100 yard freestyle. Photo/Doug Fleming 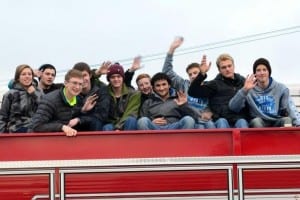 The Petersburg Swim Team after returning from State on Monday. Photo/Doug Fleming.