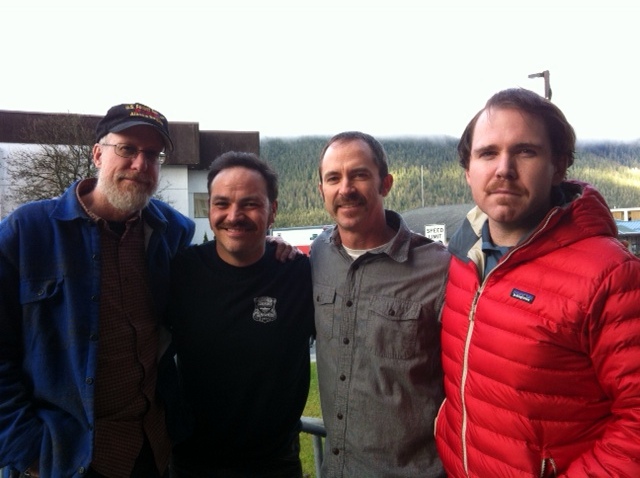 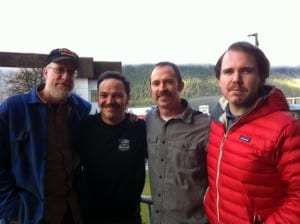 November is the month some men grow out their facial hair to raise money for different causes: everything from animal shelters to wounded soldiers but it all started with a movement known as “Movember” involving men’s health issues and mustaches. As Angela Denning reports, several men in Petersburg have been giving it a go.


Heath Whitacre is no stranger to growing facial hair but the mustache he’s been sporting lately is a bit different.

“I think you get out of your comfort zone a little more,” Whitacre says, “just leaving a mustache on your face. …mmm. …that’s like…ohhh…really? (laughs).”

Whitacre, along with thousands of others worldwide, started growing a mustache November 1st as part of Movember. The Movember Foundation focuses on prostate and testicular cancer and mental health problems that men face. Participants grow mustaches through November to spark conversation about it.

This is the second year that Whitacre has grown a mustache for the cause. He says he has had five friends go through testicular or prostate cancer.

“And four of those guys they did it in their 20s and 30s and they’re pretty young, healthy, men,” Whitacre says, “and just seeing them struggle through that and not being able to do anything about it other than just support them when you can and just encourage them is not a good feeling. You just don’t have a lot of control.”

Testicular cancer is the most common type of cancer for men ages 15 to 35.

One of Whitacre’s surviving friends is Stephen Lombard of Petersburg. He’s not one of the 20 or 30 year-olds Whitacre was talking about but he’s not that old either. Two years ago, at age 44, he was diagnosed with prostate cancer. He first learned about it through blood work at a local health fair.

“Basically through the PSA blood test is how I was kind of informed that I need to go to a doctor and have some further tests done and sure enough it came up that I was diagnosed with a pretty aggressive state of cancer,” Lombard says.

At the time, he had a two year old and another child on the way. Within weeks, Lombard was in surgery to remove his prostate. He says science has come a long way since his grandfather died from the disease.

“They didn’t really have any good procedures back then in the 80s,” Lombard says. “Now it’s robotic laparoscopic is starting to be kind of the norm so a very [non]invasive type of procedure.”

Prostate cancer is hereditary but Lombard says he hadn’t been paying much attention to his family’s medical history. After the surgery, the doctor told him he would have probably died within five years if they hadn’t caught it.

To make sure the cancer did not spread, Lombard had blood tests every three months for a few years. It all came back clear and Lombard is now considered cancer free.

Lombard and Whitacre both work for the U.S. Forest Service. They first heard about Movember from their coworker, Eric Castro.

Castro has also introduced Movember to a few buddies at the fire department where he volunteers. He says he first learned about it through social media and then did his own research.

“The initial stage is growing a mustache and that just kind of gets people talking about it, like, ‘Why would you be doing something like that?’ ‘Well, let me tell you’. But ultimately, it’s just to try to raise money for cancer research,” Castro says.

And raise money it has. The Movember Foundation has gathered nearly $560 million in 21 countries since it started in 2003.

“I think it’s ingenious,” Lombard says. “The marketing the organization has done. Addressing something that most men don’t really like to talk about, you know, in general, so it’s kind of put a quirky twist if you will to this whole outreach of men’s health.”

As for the fashion statement itself? Heath Whitacre says one month of donning a mustache is enough. for him.

“I’m not keeping it though,” Whitacre says. “I look ridiculous.”

The men planned to shave off their mustaches on the last day of Movember.

About a dozen men in the Petersburg School District have been growing beards this fall which is commonly referred to as Brovember. They plan to decorate them or what Principal Rick Dormer describes as, “swagger their facial hair creations” over the Thanksgiving Break. An assembly will be held on December 4th when the winning beard will be recognized.