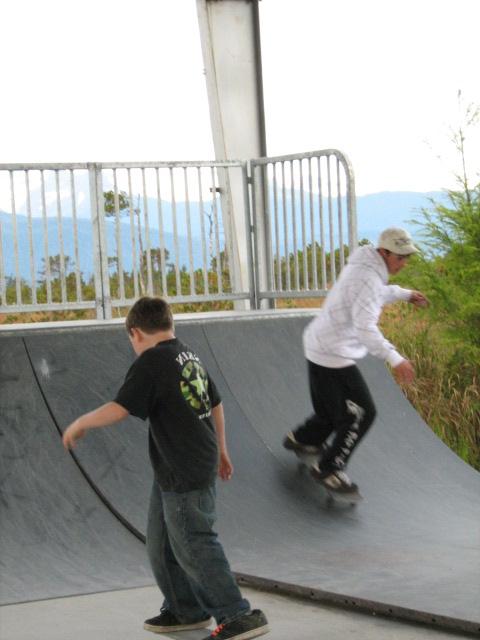 Petersburg’s borough assembly Monday voted to transfer operations of the borough’s skate park to the Petersburg Little League. That organization plans to convert the covered area into a batting cage. The borough and the local youth sports organization are also talking about Little League taking over management of the entire ball field facility in the future.

Petersburg Little League wants to convert the covered skate park at the ball fields to an enclosed hitting and pitching area. Matt Bryner, vice president of organization, said the program had somewhere between 90 and 200 kids participating each year. “And it’d be nice to have another facility where they can utilize hitting cages and pitching in an enclosed area,” Bryner said. “Right now as the skate park sits, being up there quite a bit, that facility as far as I see, doesn’t get utilized that often. It’d be nice to get an opportunity to let a bigger user group utilize that area.”

Bryner thought the change could happen this year, with netting and cables could be installed along with artificial turf donated to Petersburg from Juneau’s old football field.

Borough assembly member Jeigh Stanton Gregor wanted to hear more input on the change. “I know quote unquote public skating has been in the assembly discussion in the past,” said Stanton Gregor. I think Mr. Bryner’s correct it’s an underused facility. The flip side is I think there’s also a certain population that uses it a lot.”

Skate boarding has been an on again off again topic before city councils in the past decade, as the municipality has considered prohibiting it in the downtown area, but relaxed that stance in the face of opposition from skate boarders and their parents. The discussion led to the construction of the current skate park at the ball fields in 2007, using federal grant money and the steel roof from the old Tent City camp site. 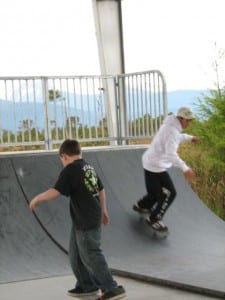 Parks and Recreation director Donnie Hayes recommended the change and had concerns with the state of the current skate park. “The expectation that I have is that we turn the facility over to Little League, we turn that facility over to Little League. Let it get a lot of use out of the Little League program. And then we search diligently, and I mean diligently, to be able to provide a good quality skatepark for our community. And I just do not believe the skatepark we have right now fits that mold.”

Assembly member John Havrilek agreed the current skate park was not safe. “The skate park in it’s present design is a hazard and it’s a liability and it’s one that I don’t think we should participate anymore,” Havrilek said.

Mayor Mark Jensen asked Hayes about plans to have the Little League operate the entire complex of four baseball fields. “Yes that is the discussion we’re having right now with Little League. That’ll take us a while to be able to get that into place because there’s still some issues we’re gonna need to work out between the two groups. We need to make sure it’s beneficial for Little League and also the borough. But it’s definitely something that Parks and Recreation is moving forward with.”

Hayes said turning over management of the fields would mean consideration of a lease agreement with Little League in the future. Hayes said he’s been directed to cut his budget and that move could help Parks and Recreation department reduce spending.