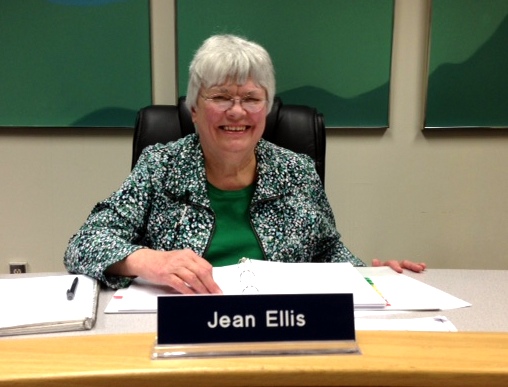 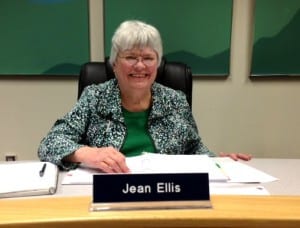 Jean Ellis sits serves her last meeting as President of the Petersburg School Board. Photo/Angela Denning

Jean Ellis has officially resigned from the Petersburg School Board. March 17 marked her last meeting as board president. While she enthusiastically led the meeting that night other board members were reluctant to see her leave.


Ellis: “All in favor of accepting the resignation of board member Jean Ellis effective March 18, 2015 declare a board vacancy, please signify by saying Aye, “AYE!”
Laughing ensues.
Ellis: “Motion passes.”
Board member, Cheryl File: “I was thinking about saying “No, I don’t approve.”
Board member, Sarah Holmgrain: “I know, what happens if we don’t approve it?”

Ellis has served on the board for two long stints, once from 1981 to 1987 and then again from 2007 to present. She says she decided to get back into it after a twenty year break because she cares about education.

Ellis says she plans to stick around Petersburg. She has a daughter and grandchildren here and a son in Wrangell.