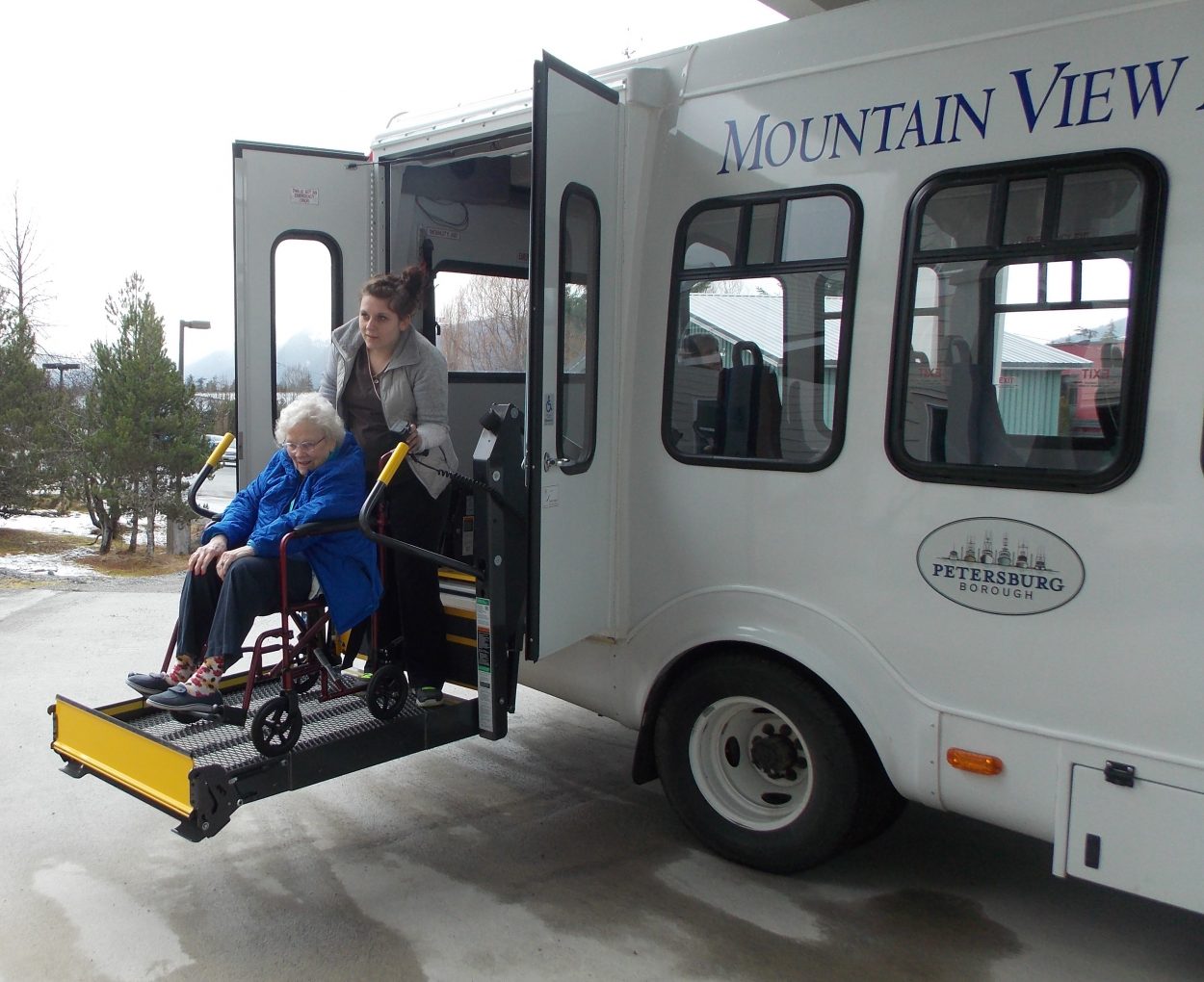 Residents at Petersburg’s Mountain View Manor are enjoying a new set of wheels this year. The borough’s elderly housing and assisted living facility has a new wheelchair accessible van, a big upgrade from the old vehicle. It makes for a much more enjoyable Sunday drive.

The manor’s activities director Jordan Stafford uses the van’s wheelchair lift securing two passengers into place in the rear of the new vehicle. Other passengers get settled in their seats. 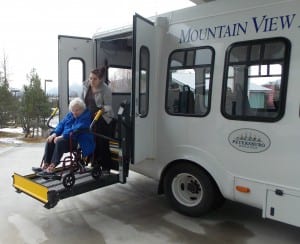 The van is used for errands downtown on Mondays, Wednesday and Fridays along with weekly Sunday drives. Today the first stop is on the waterfront, as we pull into the parking lot of the borough’s new drive down dock to check on progress.

The new van looks like an airport shuttle with a center aisle, tall windows and separate comfortable seats. It cost the borough just over 63-thousand dollars. More than half of that was paid for with Federal Transportation Administration money granted through the Alaska Department of Transportation’s community transit program. The borough paid for the rest from the motor pool, a borough fund that each department pays into each year for vehicle replacement.

It replaces a nine year old vehicle that had no wheelchair lift and a lot less space. Stafford says the new wheels are easier for manor residents and staff. “Some of the folks that just have a harder time, you know if it’s gonna be too hard for em they don’t wanna go on the ride, which is too bad,” Stafford said. “So now I’m like you don’t have to walk, you don’t have to do this, they’re like OK, let’s go. So I can just load em up and go anywhere. And for the (resident assistants) I don’t have to expect them to drop what they’re doing and help me if I wanna go for a van ride cause I can do most of this myself. Cause before it was at least a two person thing, some were a three person thing. So now I can do it pretty much one on one.”

The new van can hold 14 people, including two wheelchairs, compared to maybe eight people in the old one.

Another stop this Sunday is at Papke’s Landing before heading back to town and driving by Sandy Beach and the airport. Then it’s back to Mountain View Manor and the end of today’s ride
Sound out