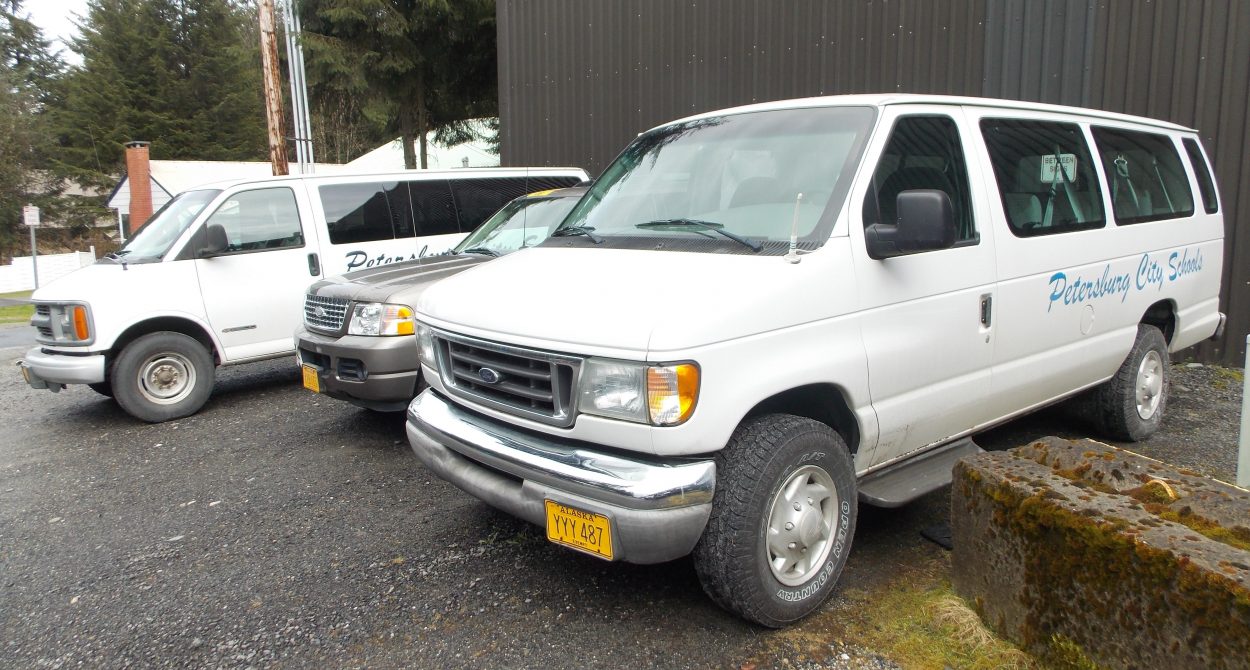 Petersburg’s school board Friday approved spending for a replacement vehicle for school activities and new LED lighting for the high school gym.

The district will be replacing one of its two vans used to transport students to and from sporting events. Maintenance director Dan Tate explained that the district cannot replace its existing passenger vans with a similar vehicle. Instead the federal government requires the replacement is what’s called a multi-function school activity bus. “We’ve been utilizing passenger vans,” Tate said. “We’re not supposed to be using passenger vans in the future based on the ruling from the federal government. So we thought, let’s start with a used one, make sure this is the type of vehicle that we want. That’s what we presented to you two or three meetings ago.” 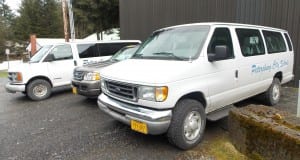 The district’s current passenger vans are a 2002 Chevrolet and a 2003 Ford and will both eventually have to be replaced. Tate said teachers or coaches would have to do some training on the new activity bus before driving it and it would not be loaned out to visiting teams. He recommended a used bus, around a 2005 model, instead of buying new.

Board member Jay Lister questioned Tate on that. “I mean it scares me a little bit. That’s almost the same age as the ones that are falling apart on us, same mileage,” Lister said.

“But they’re not being maintained to the same standard,” Tate responded. “We basically treat ours almost like you would probably treat you own vehicle. When there’s an issue we take it over to the borough shops and they work on it for us.” Tate told the board the replacement bus would be maintained on a schedule, instead of as needed. Board members approved spending up to 40,000 dollars for a used bus and directed Tate to look for something more recent than a 2005. Money is coming from the district’s vehicle replacement fund for the purchase.

Also Friday, the board approved spending just over 21,000 dollars for new lights in the gym. The low bidder on that project is Nordic Electric of Petersburg. That company will replace the current fluorescent lights with LED lights.

Tate explained the LED lights will replace high pressure sodium fixtures that are around 40 years old. He also said the light color should change. “We also specified the color spectrum because historically, as long as I’ve been here for eight years, the yellowish lights that we have in the gym is not conducive to photography, it’s I guess hard on players to do their craft. So we made sure the lighting is at least 4100k, which is what’s going on in the community gym. And that’s also what we use in the classrooms.”

Tate estimated a 60 percent savings in energy costs to light to the gym with the change to LED. The district will also consider redoing the lights in the wrestling mat room and adding motion sensors to turn the lights off when no one is in the gym.