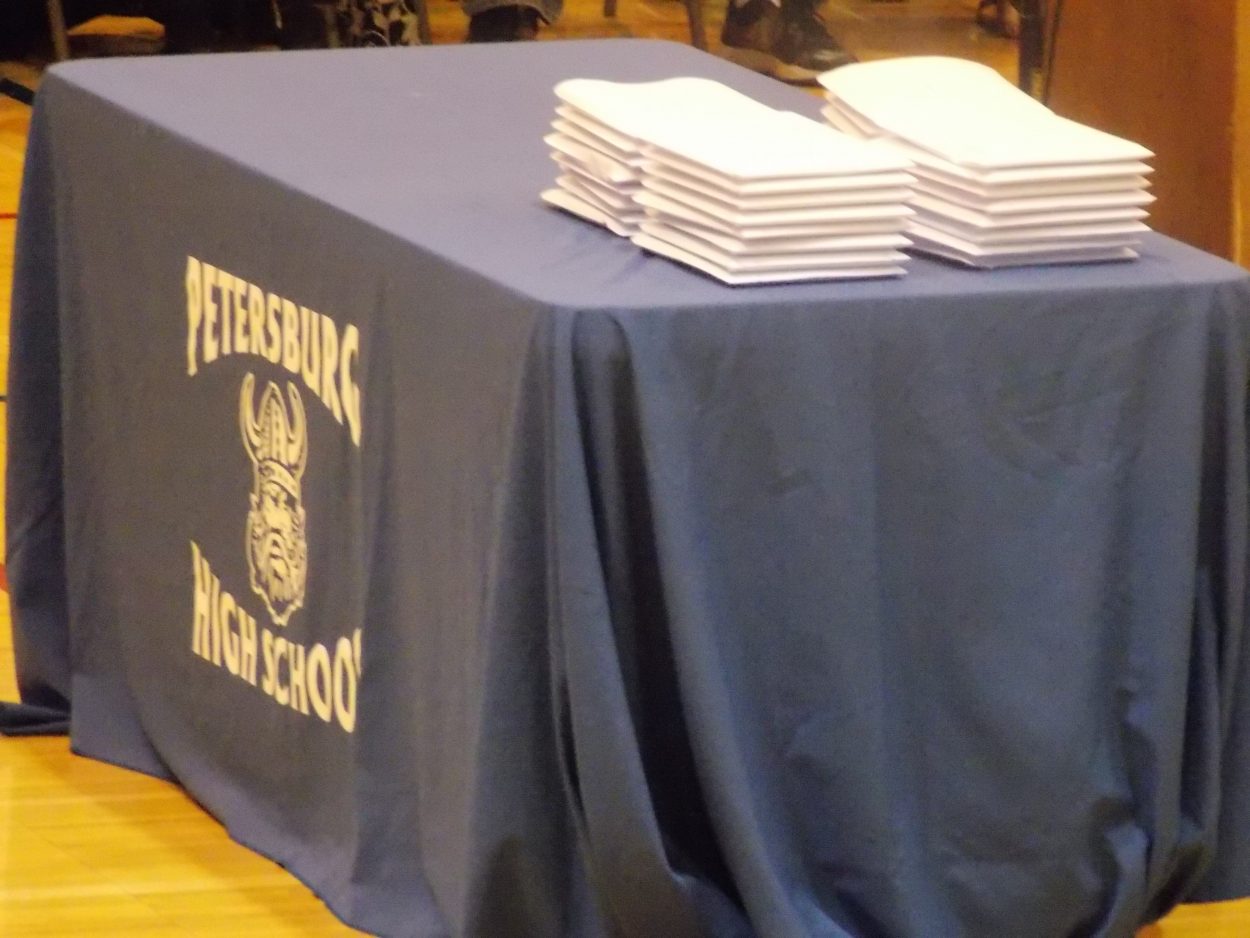 Petersburg school officials expect student numbers to increase in the upcoming year, a trend that could continue for the near future. The school board Tuesday heard that news and approved a budget based on some uncertain funding levels from the state.

The district was forced to wait until just weeks before the start of the new fiscal year to approve a spending plan, because of the legislative impasse over the state budget. Board members heard a presentation from finance director Karen Quitslund who explained the budget anticipates 442 students in the three schools. “This is up from 431 which is how many students we have this year,” Quitslund said. “And this is a trend that we do believe will continue for the next few years.” 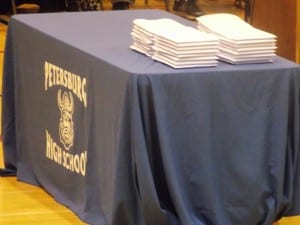 Actual student numbers are not finalized until the fall. However the increasing enrollment would be a reversal of the trend for nearly the past two decades. Student enrollment in Petersburg peaked in 1997 when the district had 769 students. With a few exceptions, it has been dropping every year since. State funding is tied to student numbers.
Quitslund told the board that the spending plan was not counting on some other state money that the district has received in recent years. That includes one-time grant money approved under house bill 278 back in 2014. “We did not build house bill 278 into this budget, which represents approximately 150,000 dollars,” she said. “The Alaska food grant unfortunately is not being funded. And that is about 30,000 that we put towards our food service and culinary program. And the healthy living grant the funding for that is still unknown.”

During a radio call in show, board member Mara Lutomski said it was frustrating not to know state funding levels, “especially when it’s part of Alaska’s constitution that they fully fund schools,” Lutomski said. “But I think that the district is in a healthy position looking at the fiscal year 16 budget. We are still able to keep activities. We are still able to keep all of our direct student teaching to those students so we’re not having to cut into those areas because we are in such a healthy place.”

The budget anticipates the same borough appropriation of 1.8 million dollars and is based on 80 teachers for next year in the three schools. The overall spending plan anticipates revenues of 8.33 million dollars, with expenditures just under 8.4 million. That number includes state payments into public employee and teacher retirement systems and those vary dramatically from year to year.

The board approved the budget 4-0, with board president Sarah Holmgrain not at the meeting.

The board also approved the hire of three teachers in the elementary school, Heather Conn, Lisa Schramek and Mary Midkiff, along with Alice Cumps as life science and math teacher in the high school. Principal Rick Dormer says the high school is still looking to hire a Spanish teacher.