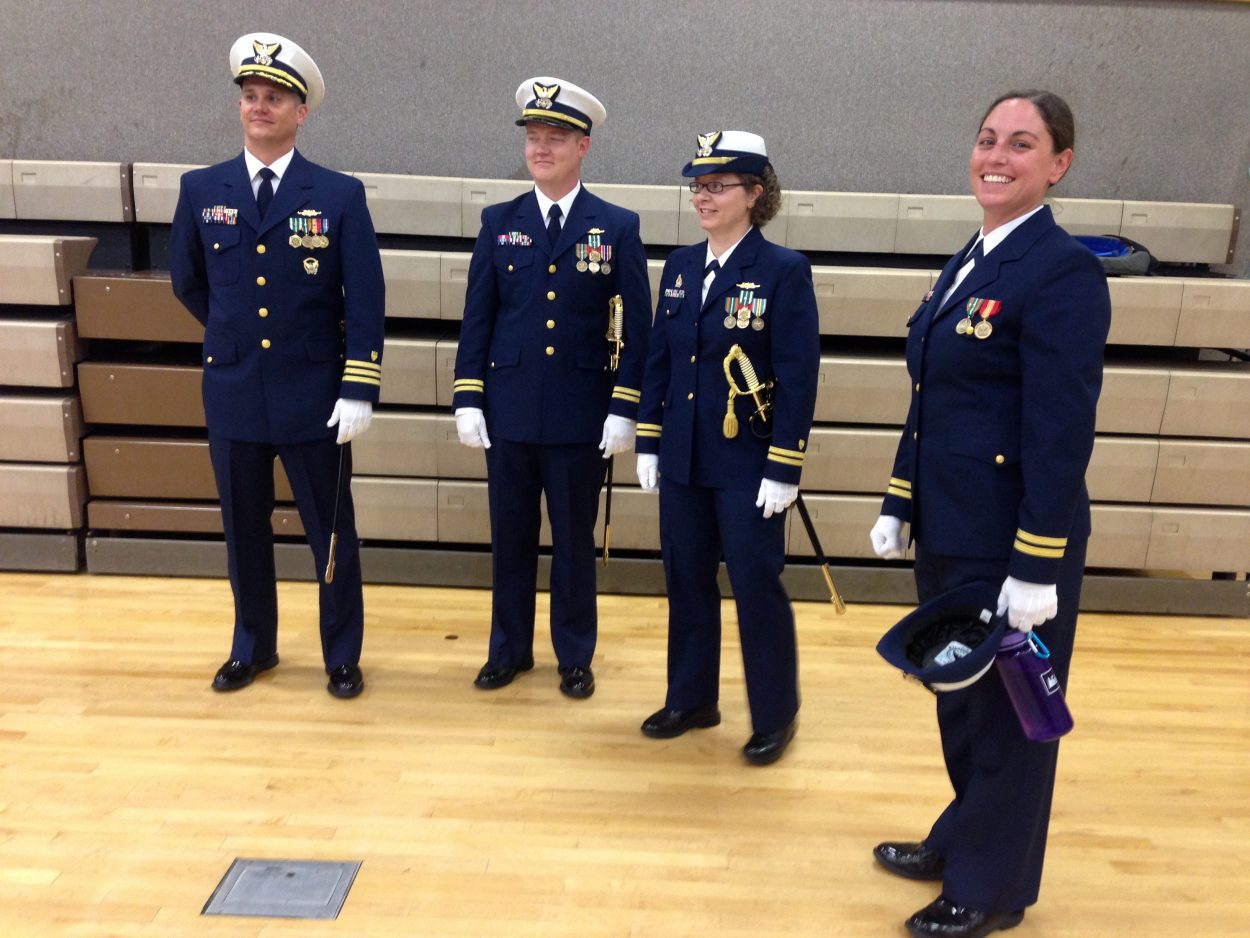 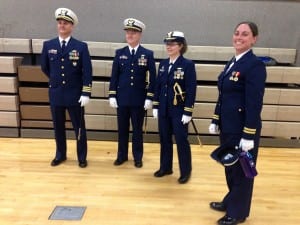 Before the ceremony, Lt. Peter Vermeer (second from left) and Lt. Kathryn Cyr (third from left) stand with other officers. Photo/Angela Denning

The Coast Guard Cutter Anacapa in Petersburg has a new commanding officer. Lt. Peter Vermeer will relieve Lt. Kathryn Cyr. Cyr has commanded the Anacapa since July 2013. She was the first female commander of the ship. Her next assignment will be attending graduate school at the University of North Carolina-Wilmington.

Lt. Vermeer is no stranger to the Anacapa. He served as a quartermaster on the ship following recruit training in 1999. 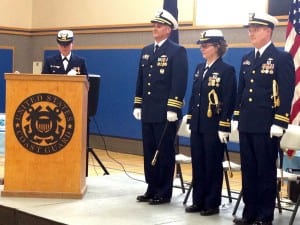 Lt. Kathryn Cyr and Lt. Peter Vermeer stand on stage during the ceremony with other officers. Photo/Angela Denning

The transfer of leadership happened in a formal ceremony Tuesday at the Parks and Recreations gym.

Angela Denning was there and made this audio postcard: