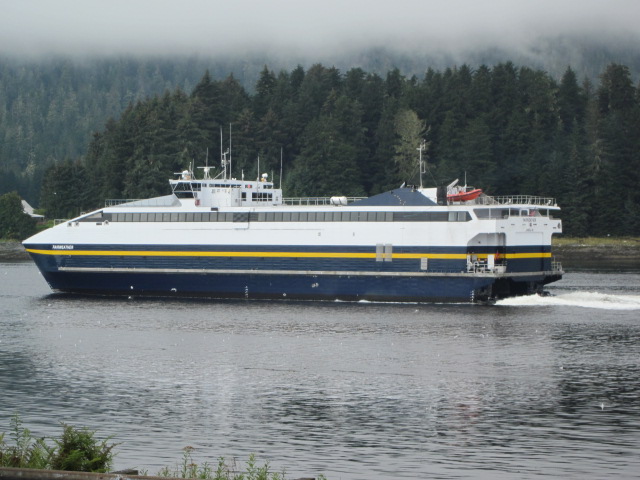 Petersburg’s borough assembly Monday, July 20 will vote on sending a letter on state ferry service and will get an early glimpse at the October borough ballot.

A letter drafted to the Alaska Marine Highway System says the state’s proposed fall, winter and spring schedule will impact student and visitor travel because of the length of time between trips to some communities in Southeast. The borough is encouraging the state to study ridership on the ferry in Southeast to see if service should be reduced in some areas or increased in others. The state is seeking comment on its proposed schedule.

Also Monday, the assembly will consider the first reading of an ordinance that will put a financial disclosure exemption up for a vote for the second year in a row. Voters last October said “no” to a ballot question that would have allowed candidates for local office to forego filing information on their sources of income with the Alaska Public Offices Commission. The margin last year was only 29 votes. The requirement only affects people who run for assembly, school board, hospital board and the planning commission and local officials say it discourages people from running for office. If the assembly approves the ordinance this summer, that question would go back to voters for the October 6th election.

Assembly members will also hear a report on the October 6th election, including vacant seats and the upcoming filing period for local candidates.

In other business, the assembly is scheduled to vote on several budget changes. Public works director Karl Hagerman is asking to budget for additional sewer work on Haugen Drive, of up to 180-thousand dollars, using reserves from the waste water department. That money would be used to replace man holes and other infrastructure for the utility lines on Haugen Drive.

Other budget changes would allow for purchase of back up computers for the water and waste water departments along with replacement of corroded water boxes discovered during the repaving and utility work on Nordic and Haugen drives. Those are all part of an ordinance adjusting the current year’s spending plan. That’s in second reading and also includes 21-thousand dollars for rebuilding one of the boilers at the community pool.
Assembly members will also vote on the purchase of a street sweeper for $213,000 dollars.

The assembly meets at noon Monday in borough assembly chambers. Note that this is a time change and the remaining assembly meetings for this month and next will be starting at noon. KFSK will broadcast the meeting live.