SEAPA looks to Thomas Bay for the region’s hydro future 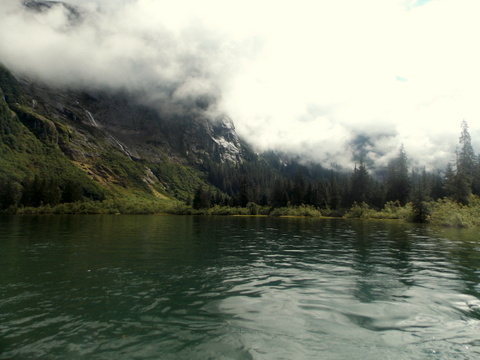 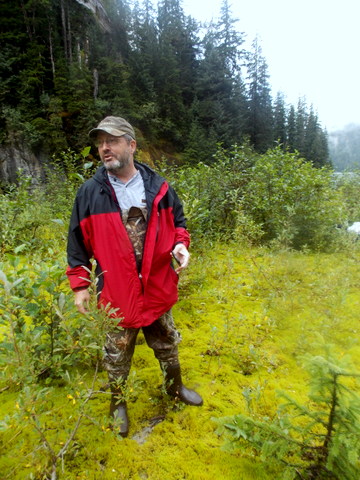 For the past 30 years,Thomas Bay, on the mainland north of Petersburg has been under consideration as a site ripe for hydroelectric development.

Some private companies have looked to export that hydro energy for profit. Now the Southeast Alaska Power Agency is trying to make sure future hydro sites serve only Wrangell, Petersburg and Ketchikan.

When the sun the is shining Mort McMillen and his team of engineers travel to work by helicopter.

“To get to work in Alaska is fun. There are things that we have seen that most people will never get to see in their lifetime,” McMillen said.

And today they’re taking me with them. The pilot, Wally Obrocta, gives me a safety briefing and tells me we have a survival kit in the back which will last about two weeks.

I’m relieved because in Southeast Alaska when you’re thinking about power, you have to go places so remote survival skills become part of the job description.

We take off and fly out over Thomas Bay. The helicopter ride in Jurassic Park comes to mind as we pass glistening glaciers, towering cedars, and tumbling waterfalls.

After about 20 minutes we land on the edge of Scenery Lake which sits in the midst of the mainland’s mountainous terrain. This is the proposed site for a new hydroelectric power plant which will service Ketchikan, Wrangell and Petersburg. 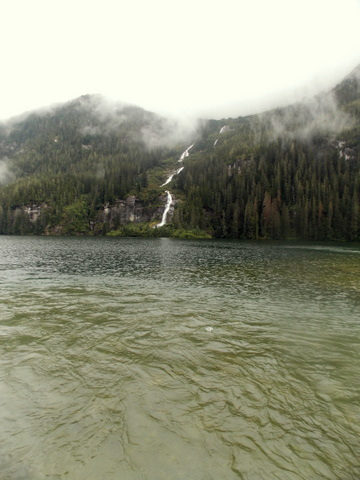 Scenery Lake is the proposed site for the new hydroelectric plant which will serve Petersburg, Wrangell and Ketchikan. (Joe Sykes)

But that won’t be for another 30 years. This is just the germ of the idea.

“It’s like creative writing. So you’ve got to take your blank slate and fit all the parts and pieces together and come up with an idea essentially,” Mort McMillen said. “That’s what makes this so much fun is you’ve got a clear slate to work from.”

And it is a feat of imagination to envision any kind of hydro plant being built here. The lake is large and daunting, the equipment would need to be shipped in by barge and it’s a 6 hour bush wack from the tidewater up to the head of the lake.

But McMillen says with so few options right now in Southeast this kind of long term thinking is essential.

“What we do is provide the infrastructure for people to be able to live their lives,” he tells me.

But to get that point is a long and complicated path. Power development in Thomas Bay has a contentious history. For years various private companies and organizations have looked into developing sites here at Thomas Bay with varying levels of success.

Now SEAPA, a publicly owned consortium, is trying its hand and they say their aim is to build a sustainable model for energy use within the region. Petersburg gets about 80% of its power from a hydro plant near Wrangell call Tyee Lake. Eric Wolfe, who’s heading up the project for the agency says Tyee is good for the time being.

Scenery Lake is one of the most promising of a number of sites Seapa have been looking at for the last two years.

In the past Thomas Bay hydro development has faced vocal opposition from residents who don’t want to see private companies ship their energy to Canada or the lower 48. Dave Beebe is one of those residents and says the crucial factor in all this is that the power stays within the three cities.

But for the engineers up at Scenery Lake, these concerns are a long way off. As Mort McMillen and I are talking, a small inflatable boat pulls up carrying two more members of the SEAPA team.

They’ve been measuring the depth of the lake since 6 this morning.

They invite me on board. They’ve clearly developed a relationship with their vessel calling it Nelly.

Up and down they go, taking readings off a small electronic meter that’s also used by submarines to gauge depth. They’re building a map of the area and it’s slow, painstaking work. They are only able to travel about three miles an hour so it takes days to get things done.

But Mort McMillen says they’re creating a tool box so that one day people in Petersburg and Wrangell and Ketchikan will be able to go about their everyday business.

“They can watch the tv, they can run their washers and driers, they can use their air conditioning and all those good things,” he said.

Right now though McMillen is just glad he’s been given the hydro engineer’s dream. A black canvas in remotest Alaska on which to work. 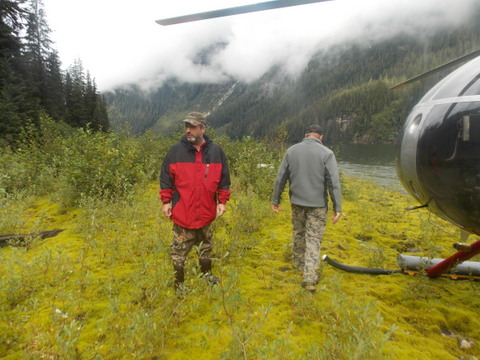 Mort McMillen and pilot, Wally Obrocta, get ready to take off from the Scenery Lake site.(Joe Sykes)