Divers teach kids about what lives below the surface 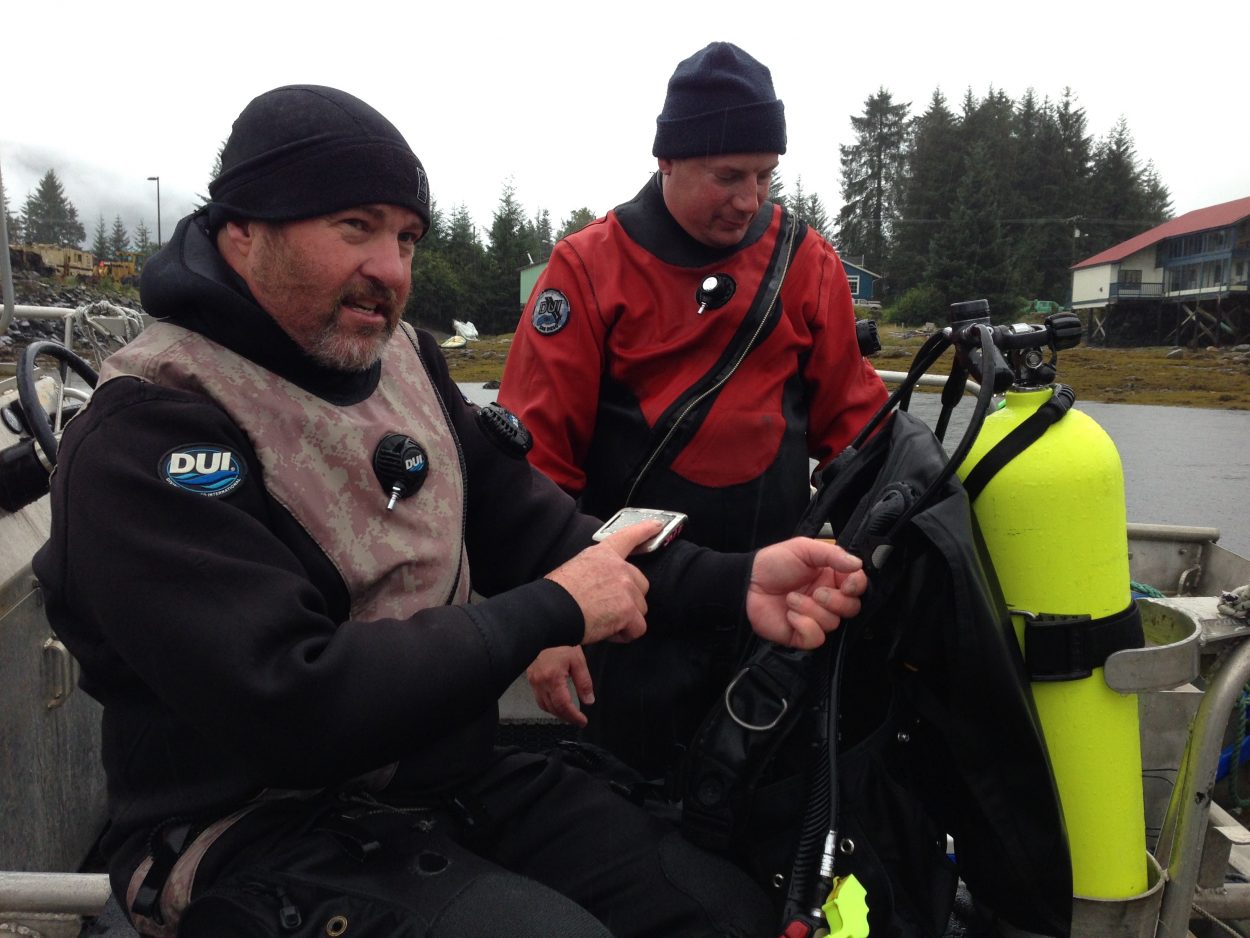 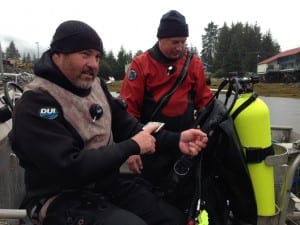 ADF&G divers Jeff Meucci and Joe Stratman explain their gear at the Diving for Science event. The event was part of the Rainforest Festival. Photo/Angela Denning

The Rainforest Festival took place in Petersburg recently and with it was the annual Diving for Science event for kids.

The pouring rain didn’t seem to bother the children and parents who gathered on the state float plane dock. Several gray totes were placed on the dock filled with sea creatures of all sorts—everything from sea urchins to crabs to sea stars. 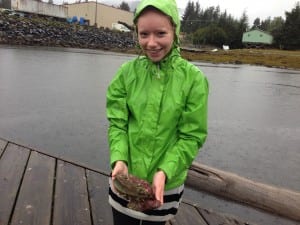 Helen Martin with the National Ocean Science Bowl holds a large scallop at the Diving for Science event. Photo/Angela Denning

Two divers with the Alaska Department of Fish and Game—Jeff Meucci and Joe Stratma–brought up bags of sea creatures for hands on learning. 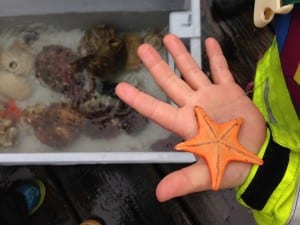 This small sea star was one of dozens of species shared at the Diving for Science event. Photo/Angela Denning