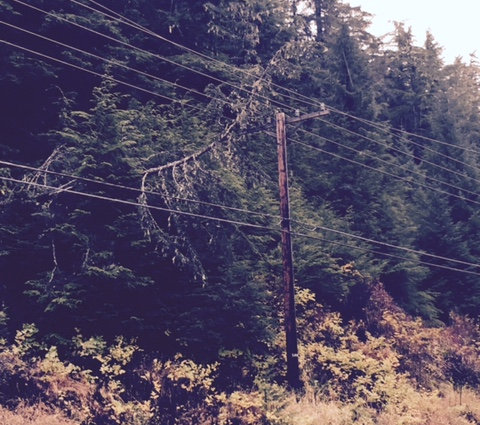 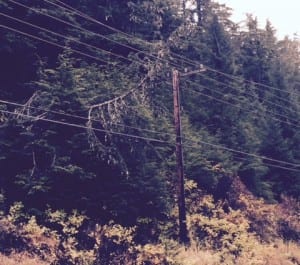 Power went out in Petersburg for an hour Sunday when a small tree fell on power lines at about 8.5 miles out the road. The tree hit both the transmission line and the distribution line so power was out all over Mitkof Island. The power went out around 1:30 p.m. and was restored after the borough’s Power and Light crew cleared the line.

Rains blew through the Petersburg area Sunday and Monday with record rain falling on Monday at 2.13 inches.

The rainy, windy weather came from a different system than the Hurricane Oho weather late last week, according to the National Weather Service.

Jonathon Garner is a meteorologist in Juneau.

“That was actually a second storm system that moved initially east and then somewhat to the north over the Gulf of Alaska,” Warner said. “Winds were fairly strong across the entire panhandle on Sunday and especially going into Sunday evening. I was actually on an airplane flying into Juneau during that and it was a very turbulent landing.”

Hurricane Oho did send weather to the region though.

On Thursday and Friday, Petersburg broke records as did Sitka and Coffman Cove. On Thursday, temperatures in Petersburg reached a record breaking 60 degrees. The system also broke the overnight low of 53 degrees. Records were set again Friday with a 61 degree high in the day and an overnight high of 50.

“We had warm, moist subtropical air mass basically streaming northeast from the Oho system,” Warner said, “and that led to the warm temperatures that we were observed across the region on Thursday and Friday.”

While it was extra warm in Petersburg it was extra rainy in Coffman Cove. The Prince of Wales town broke precipitation records for Thursday and Friday and then again on Monday with 0.70, 1.8, and 3.15 inches respectively.

Sitka broke high temperature records on Thursday and Friday with 62 and 61 degree highs.