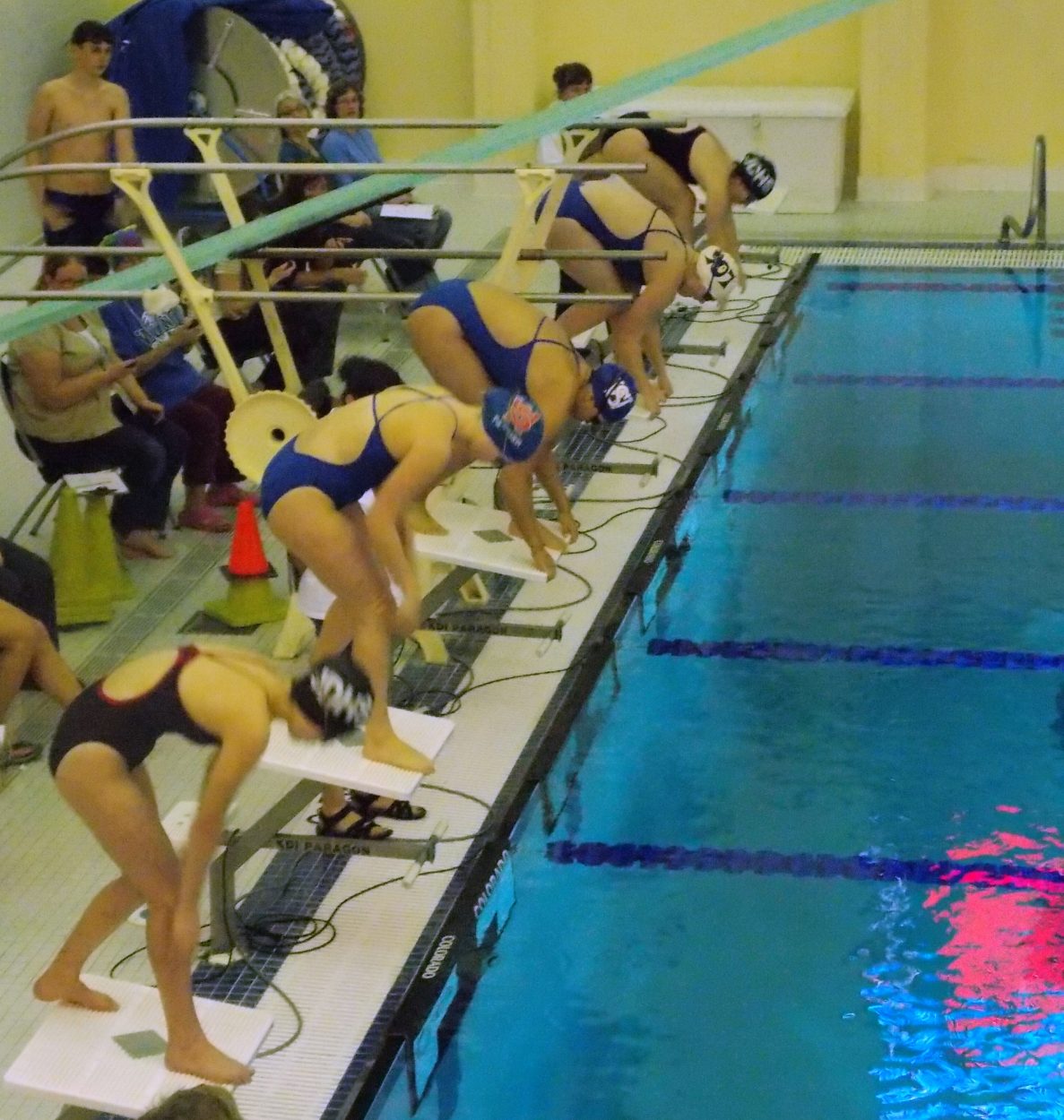 Petersburg High School swimmers hosted small teams from Juneau-Douglas and Sitka in the Petersburg pool Friday and Saturday, the final competition before the regional meet at the end of the month.

The Wolves and Crimson Bears each brought 10 swimmers, not their full teams. Coach Andy Carlisle thought his swimmers were showing the effects of some tough practices. “Well we didn’t swim great because we hit practice pretty hard the week before,” Carlisle said. “The kids were pretty worn out. I think we had three kids with best times. Ben Higgins had pretty good 200 and 500 free styles. And Van Abbott and Britton Erickson had pretty good 100 free styles.” 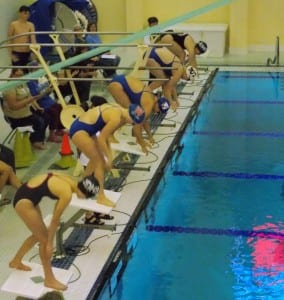 Swimmers from Juneau-Douglas and Sitka High schools get ready for the start of the 200 freestyle Friday.

On Friday night, the boys 200 medley relay team took the top spot in a two-team race. The girls 200 free relay team was second out of three teams. 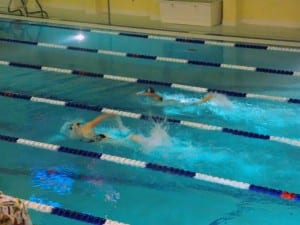 Ethan Kludt Painter was second in the 200 free and Izabelle Ith took second in a close race in the 200 individual medley.

Carlisle thought the relay teams were pretty good on the weekend. “But there again we were tired,” he said. “The kids are starting to figure out the relays a little bit. That kinda comes together in the next couple weeks here.”

The teams recognized their one senior on Friday night. Carlisle says Molly Parks has been with the team just this year. “She swam quite a bit when she was in elementary and middle school. But this is her first year of high school swimming. It’s been really nice having her on the team. She’s nice to have around.”

That’s the last regular season meet for the teams, they don’t compete this weekend. The regional meet is the last weekend of the month in Sitka.