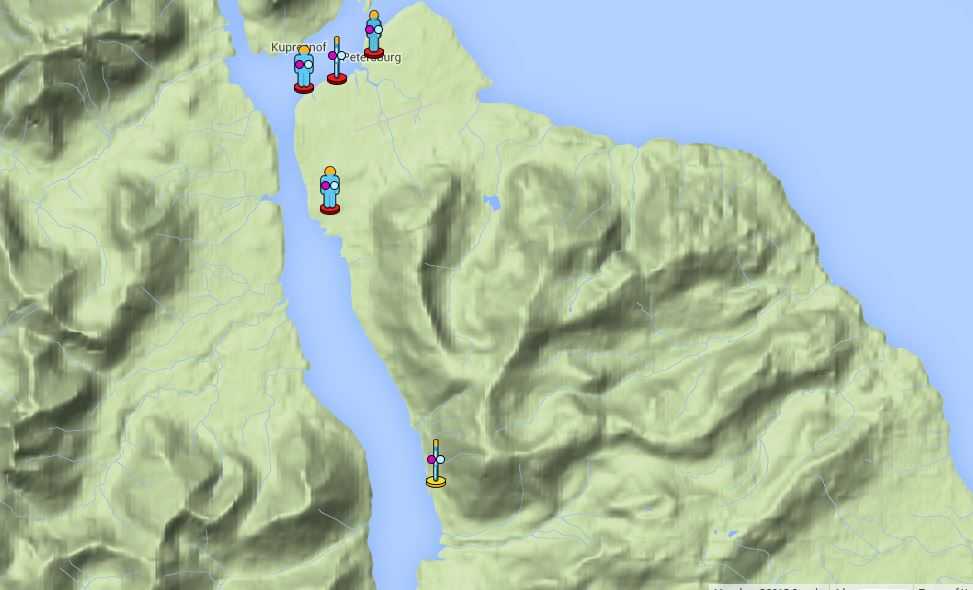 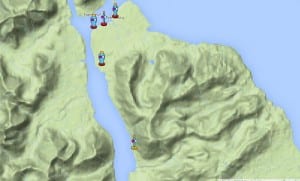 Petersburg was abuzz with talk of a big bang early Saturday morning. Some people believe it was lightning and thunder while others think it might have been a meteor. KFSK’s Angela Denning reports:

On the sidewalks, at the stores, at the bars, people have been talking about a loud sound they heard around 2:30 a.m. Saturday. Most have never heard anything like it before.

Life-long Petersburg resident Devren Bennett was asleep at home in Tlingit and Haida Housing Subdivision. Like many others, he was jolted awake.

“I woke up from dead sleep to what sounded like a jet sitting on top of our house with the engine wound up all the way,” Bennett said. ” First thought was a landslide of some sort but there’s no mountains around my house that would cause anything like that, otherwise I had no idea.”

“So did you actually feel something?” I asked him.

“Absolutely, you could definitely feel the vibrations,” said Bennett.

“I remember waking up and wondering why there was a jet at that early hour of the morning,” Anderson said. “And then within less than a second I realized it was not a jet. My next thought was lighting and as the sound progressed I realized it didn’t sound like any thunder I heard before. It sounded like repetitive blasts, really rapid blasts. I was actually concerned we were under some sort of attack or the military was shooting at somebody for a second and as I listened it just sounded like, pop-pop-pop-pop-pop-pop. You could hear it coming and going. And then after the sound stopped making the blasting, I could still hear it echoing through the mountains.”

Another resident, Chris Lopez, was watching TV at his home on Lumber Street.

“It sounded like a jet or something taking off and then I felt the rumble and I thought, “oh wow, thunder”,” Lopez said. “I got up to go to the bathroom, came back and I looked around, I was looking for lightning, nothing happened so I laid back down and just getting ready to go back to sleep and then all of a sudden this great big bright flash through the shudders appeared and it was really bright, I mean really bright…and then a few seconds later, the rumbling or what sounded like thunder anyway. I sat up and watched and looked out. There was no rain so I don’t know what it was but I just assumed it was thunder because that’s what it sounded like to me. But it was very close and very loud.”

Some were more certain about what it was. Five people in Petersburg reported seeing a meteor to the American Meteor Society.

One of them was 66-year-old John Havrilek. He was in his bedroom which has a wall of windows looking out at Petersburg Creek.

“This flash woke me up and I looked out and saw this brilliant streak flash across the sky,” Havrilek said. “And within seconds after the streak, this huge explosion that reverberated through the mountains for a good thirty, forty, fifty seconds. It just seems like it went on forever. And the flash and the streak are something I had never seen before. It was like a gigantic shooting star.”

Havrilek is from the Midwest where he experienced a lot of lighting and thunder. He said it was nothing like that.

It could have been a meteor, according to Travis Rector, a professor of physics and astronomy at the University of Alaska Anchorage. He doesn’t have any data about the event to say one way or another but it is possible.

“You can have an object that if it’s large enough and breaks up as it’s passing overhead, you could see a flash of light and also possibly hear it,” Rector said.

He said usually if you see a streak of light like a shooting star it’s a meteor the size of dust or a grain of sand. If you hear a boom from it then it could be the size of a small to medium sized rock that could fit in your hand. It could also be space junk but those move slower than meteors.

In any case, Rector said, it likely burned up before hitting the ground and was not tracked because it’s so small.

While accounts of meteors were mounting, the Forecast Center in Juneau was also seeing something unusual: a large cluster of lightning strikes Southeast of the village of Kake on Kupreanof Island.

Kimberly Vaughan is a Forecaster with the Juneau Forecast Office.

She said this type of weather is not common for Southeast Alaska.

So, maybe it was lighting and thunder or maybe it was a meteor. Or maybe it was both happening at the same time. With believers on both sides of the issue, it might just remain a mystery.