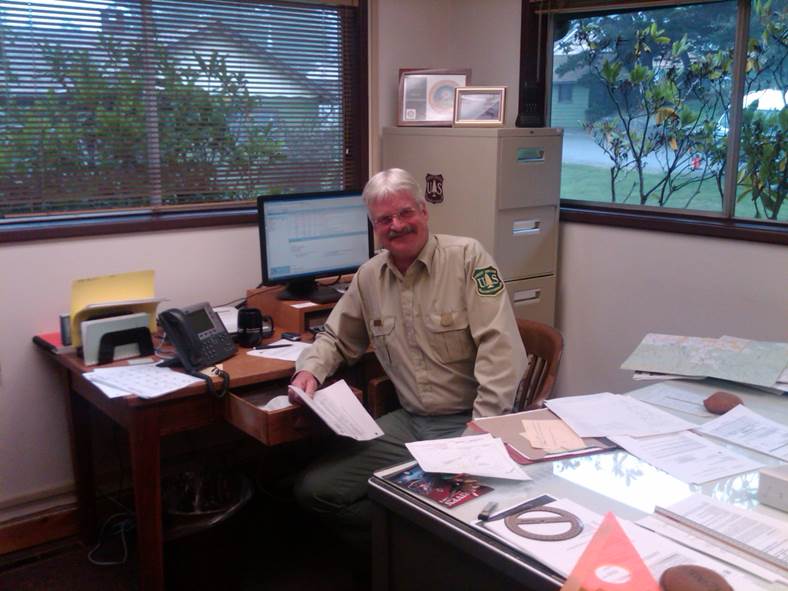 The U.S. Forest Service has hired a new district ranger for Petersburg. The new ranger has worked with the agency for over two decades in timber and forest products and has worked on the Tongass in both Sitka and Juneau.

Dave Zimmerman is the timber and special forest products program manager on the 1.8 million acre Rogue River-Siskiyou National Forest based in Medford, Oregon. He’s worked there since 2010 after taking more than a decade off from working for the federal government. 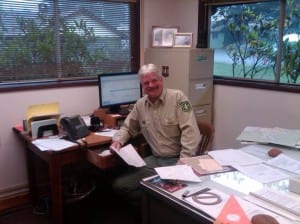 Zimmerman said he was drawn to apply for the Petersburg ranger job after getting a taste of it last year. “I had taken a acting ranger detail this past summer and back on the district working with people that actually get the work done, was great,” he said. “I just enjoy working with the people that roll their sleeves up everyday and make everything happen.”

Zimmerman said he’s now in his late 60s. He got his undergraduate degree in forestry from the University of Missouri. He started with the forest service in 1969 and worked with that agency into the mid-1980s, including stints on the Tongass, based in Sitka and Juneau. He worked as a supervisory forester with the agency in Sitka and a timber management assistant in Juneau. Zimmerman left the forest service and worked in the private sector for a while, including some real estate appraisal work in the lower 48.

The Petersburg Ranger District is in the heart of the 16.8-million-acre Tongass National Forest, covering much of Mitkof, Kupreanof and Kuiu islands. The area is similar in size to the national forest of Zimmerman’s current posting in Oregon.

He compared the two timber programs. “Actually the new vision that we’ll be doing on the Tongass, moving away from what we did back when I was there with the clear-cuts and even-aged management kind of thing, we’re into here managing our second growth, which is what we’ll be moving there on the Tongass too is moving to second growth which was logged maybe back in the 50s,” he explained, adding “And how we do our restoration work there to benefit the fisheries and the wildlife and the recreation and have that all come together in some sort of project.”

Zimmerman will be moving to town with his wife, while his four children are grown and in college or pursuing careers. He expects to be here sometime in March.

Zimmerman replaces Jason Anderson, who took over the job in 2011, but has also been working as deputy forester supervisor in recent years. The district has had other staff filling in and has even gone for about a year without a ranger.

Earlier this month, Anderson gave an update on the agency’s activities to the Petersburg assembly. As far as timber sales on the district, Anderson noted one planned sale on Mitkof Island has been withdrawn and will be re-assessed. Anderson said he doesn’t think the purpose and need for that project has changed. “There are still small mill owners on Mitkof Island who have expressed interest in being able to buy trees from the Tongass National Forest for commercial purposes,” Anderson said. “We still have an industry in the state of Alaska that expects and relies on public lands and timber harvests from public lands to produce products and jobs within this region. And the agency still has law, regulation and policy that support and direct us to make those products available.”

The agency had planned to sell up to 35 million board feet on Mitkof’s road system but withdrew the decision after it generated a legal challenge. In other offerings, Anderson said staff on the Petersburg district are also looking at another potential timber sale on Kuiu Island. He said logging on the Tonka sale on Kupreanof is pretty much wrapped up and that sale generated several hundred thousand dollars worth of receipts that helped fund trail work in the area. Other work continues on redoing portions of the Ravens Roost trail and some other trail projects on Mitkof Island. However Anderson expects to see fewer recreation employees on the district.

“We’re continuing to see our overall recreation appropriations go down,” Anderson told the assembly. “And we’re likely to lose staff from that which is certainly gonna result in a limited ability to deliver public goods and services. There will be fewer people to do that work.” Anderson said the Petersburg district has somewhat survived that trend so far because of the Secure Rural Schools Act funding for special projects and other federal funding sources.

In other projects, forest service review of a 50-60 mile transmission line across Kupreanof Island could see a draft record of decision as soon as next month. That project is looking at connecting Kake to the transmission grid that stretches from Petersburg to Ketchikan. A separate but related effort to build a road and ferry connection between Kake and Petersburg could have a draft assessment published in the fall of this year.

Anderson also reported on about 12-hundred acres of pre-commercial thinning work planned for areas already logged. There has also been in-stream restoration work on northern Kuiu Island and other fisheries habitat improvements planned on Mitkof Island.

Anderson will continue as deputy forest supervisor based out of the supervisors office in Petersburg.