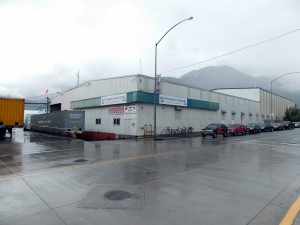 After more than a year on the market, Icicle Seafoods has a buyer: Canadian-based Cooke Aquaculture announced Monday it is purchasing Icicle whole to build its presence in US farmed salmon sector and gain a major foothold in Alaska’s wild fisheries.

Nell Halse is a company spokesperson:

“The first interest point would have been the farmed salmon operations in the state of Washington. That’s what drew them to the opportunity,” Halse said. “But the more I think that they ventured into understanding the full scope of the company and its three different business units I think there was a real excitement and interest in acquiring the whole operation.”

Icicle has three main components: its farmed salmon in Washington, wild
salmon in Alaska, and the rest of its Alaska fisheries like pollock,
halibut, cod, and herring. There was speculation that Icicle would be sold
off in parts rather than whole. Last June, parent investment firm Paine and
Partners announced a deal with Indonesian investors, but that sale fell
apart two months later. Some of Alaska’s CDQs, and a few other companies
like Silver Bay, Trident, and Copper River had shown interest, but none
panned out.

Halse says combining Icicle’s products with Cooke’s customer base,
marketing, and distribution, will be a good fit. She says Icicle’s CEO and
other management will stay on, and no other major changes are planned for:

“We want to maintain the relationships and invest in this company. We’re here for the long term,” Halse said.

Terms of Icicle’s sale were not disclosed. The deal is expected to be finalized within a month.

KFSK editor’s note: Icicle is the largest private employer in the town of Petersburg as the parent company, Petersburg Fisheries, Inc. It draws around 600 workers to its cannery in the summer fishing season. The company got its start in Petersburg in 1965 and was owned by local fishermen.