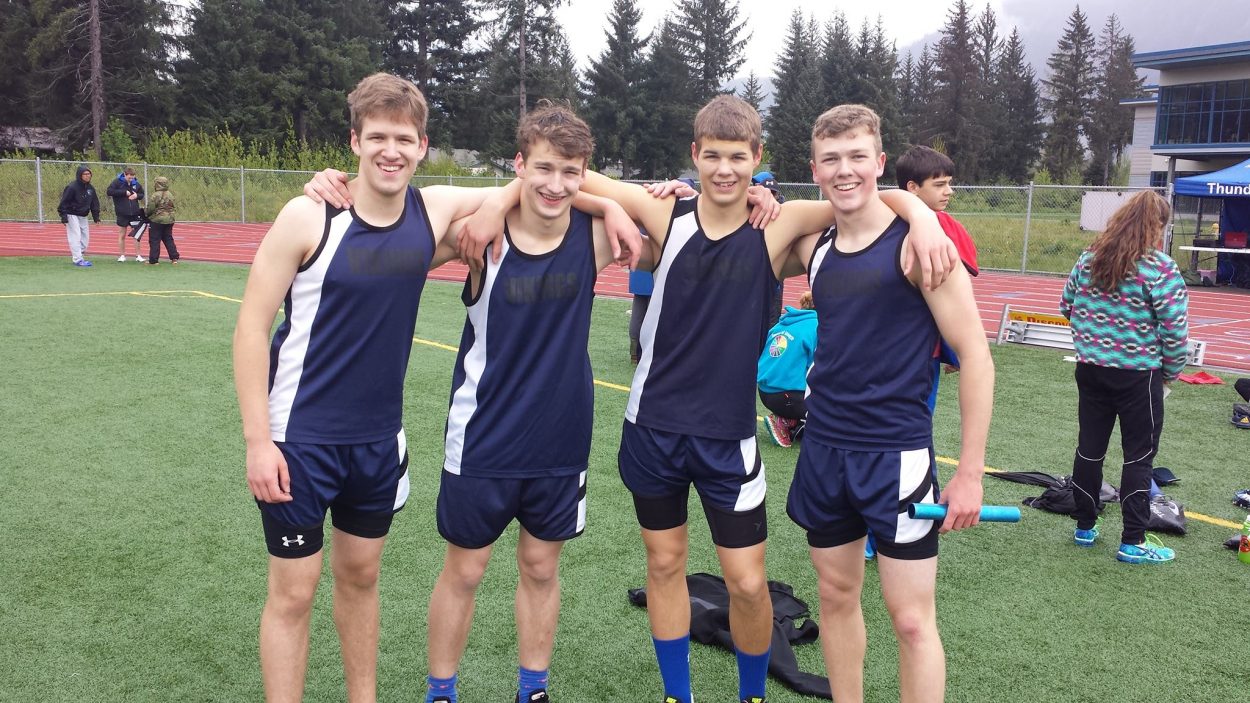 PHS took 13 athletes to invitational meet at Thunder Mountain High School Friday and Saturday. Coach Brad Taylor said his team competed well and many set personal bests in their events. “We were limited with the number of kids we took because of AP tests and SATs,” Taylor said. “So we did not have a lot of kids that represented our school but the kids that we took did a really good job.”

Thunder Mountain, Ketchikan and Sitka were the top three teams for the girls, with Petersburg taking fourth. As for the boys, Thunder Mountain was top team there as well, followed by Sitka and Juneau-Douglas. The Vikings tied for sixth with Thorne Bay. 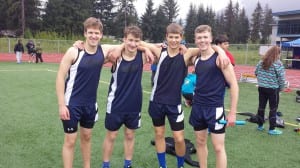 “Starting on the boys side we had great individual efforts with Tucker Hagerman in the 800 and also in the two mile,” said coach Taylor. “Casey Bell had a phenomenal meet. He placed really well up in the 110 hurdles and the 300 hurdles. He’s been going for sub-44 and he ran a 44.01. So he was close and I thought in those weather conditions he could’ve done it.”

“I think the overall outstanding performers were my throwers this week,” Taylor continued. “Koren Sperl, he threw 10 feet over his (personal record). He was in the 94s. Kirk Evens threw 111 and he ended up throwing 30 feet farther than his personal best so it’s fun to watch that come together. And on the girls side we had a lot of good performances in the distance. And Izabelle Ith again had an outstanding meet. It was a 20 year record in the 400. She broke the school record in the 400 and she ended up jumping over 18 feet in the long jump which is the only girl in the state that’s gone over 18 feet this year.” Ith’s mark of 18 feet and half an inch in the long jump is past her state winning mark from last year by a foot.

For the boys, Tucker Hagerman placed second in the 800 meters and ninth in the 32-hundred. Casey Bell was second in the 300 meter hurdles and third in the 110 hurdles. Kirk Evens was fourth in the discus and Koren Sperl placed eighth in that event. Ethan Cummins was sixth in the triple jump and tied for eighth in the long jump.

The team heads to Ketchikan this weekend to take on schools from the southern half of the panhandle. Middle school track and field teams also will be traveling there. The high schoolers have the regional meet at Thunder Mountain High School in Juneau later next week.