Mexican harpist to perform in Petersburg this weekend 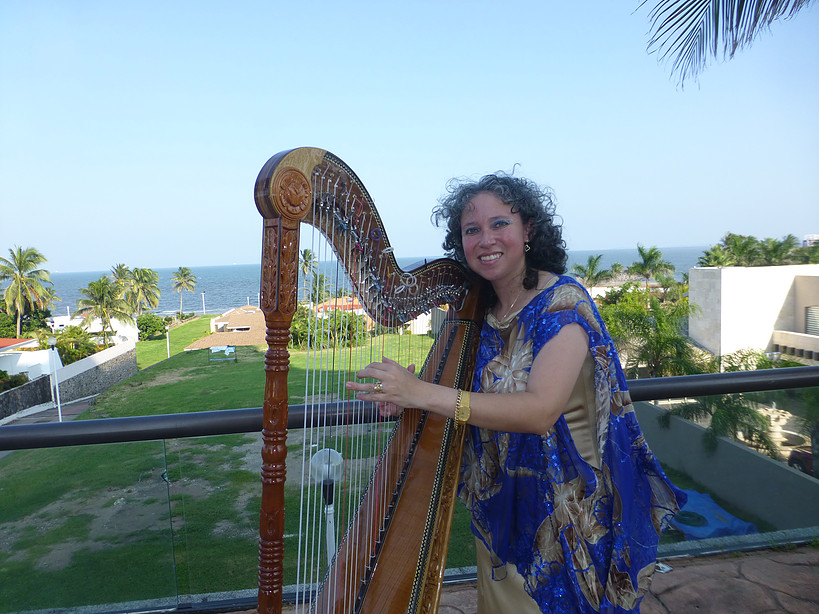 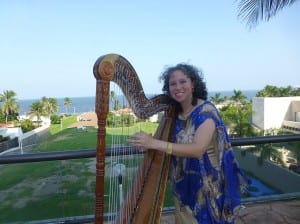 Harpist Cristina Cabrera is performing in Petersburg Friday and Saturday nights at the Lutheran Church. Photo/cristinacabreraharp.com

The Little Norway Festival is very much a Norwegian celebration. The food, clothing, and music are all inspired by that country. But this weekend festival goers will also be treated to music from much further south. KFSK’s Angela Denning reports:


Cristina Cabrera is from Xalapa, the capital of Veracruz state in Mexico.

“I play the harp because, in my town, it is the most important instrument in Veracruz state,” Cabrera said.

Cabrera began studying the harp when she was 13. She started with traditional folk music from her country. She moved on to classical harp and then on to American and international music.

That’s what Petersburg will hear at her two concerts this weekend, a little of everything.

Cabrera says learning the instrument was sometimes difficult but she enjoys it so much all the work has been worth it.

The guy laughing next to Cabrera is Bobby Dolan of Kupreanof. He’s the reason why Cabrera is here. Although Cabrera is well-traveled internationally she’s never been to Alaska. That is until she met Dolan.

Here’s the gist. Cabrera is the niece of Dolan’s girlfriend. For the past 50 years, Dolan has been traveling to Mexico, enjoying the music there. One night in Xalapa he saw Cabrera play the harp at a recital. All the politicians were there including the Governor of Veracruz. Dolan bought her CD and brought it back to Alaska. That was 13 years ago.

“Then you fast forward 13 years to last year’s Little Norway Festival,” Dolan said, “and Evelyn was with me in my house. Evelyn is your partner? Yes, mi novia. And we’re just chatting about all the reasons why I like Xalapa.” 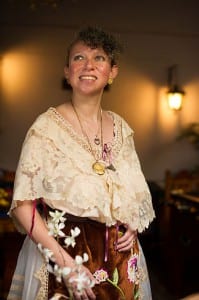 Harpist Cristina Cabrera is performing in Petersburg Friday and Saturday nights at the Lutheran Church. Photo/cristinacabreraharp.com

He told her about the harp recital and the musician, Cristina Cabrera.

“And Evelyn looked at me like she’d just seen a ghost and said, ‘Cristina Cabrera is my niece,’ Dolan said. “And I said, “’Wow’, and I walked over to my humble little pile of CDs and I picked out Cristina’s and I put it on. And we sat there. Just stunned silence listening to it.”

Besides playing music several times throughout the weekend, Cabrera has other things she wants to try while she’s in town:

Cristina Cabrera will be performing two concerts this weekend Friday and Saturday nights at 7 p.m. at the Lutheran Church. It is free but they are asking for donations. Dolan says he will match the highest donation each night. Weather-permitting, Cabrera will also play at the beer garden on Saturday and on a flatbed truck in the parade.