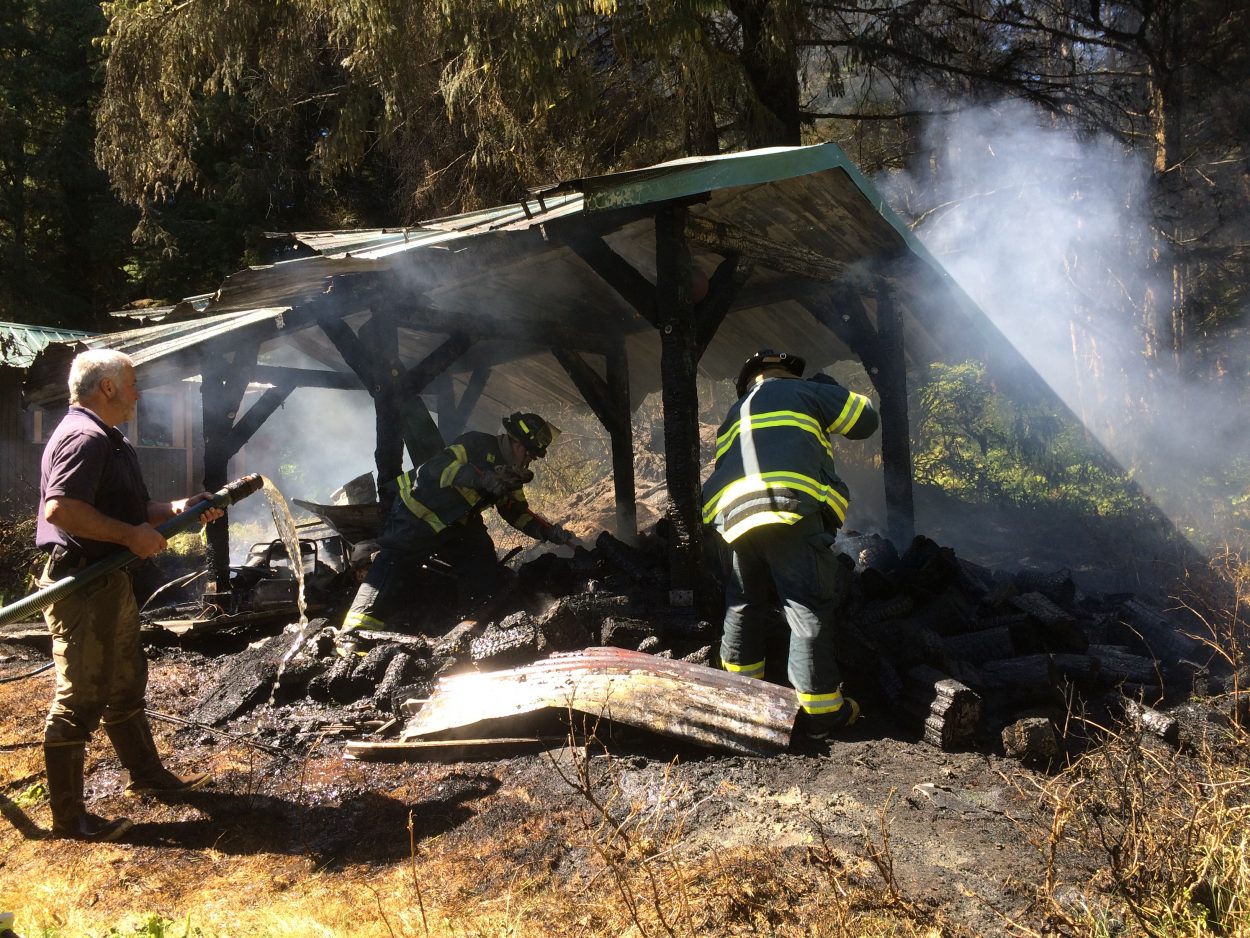 Fire destroyed a generator shed at a home on Kupreanof Saturday afternoon but did not spread to two nearby cabin buildings. The structure caught fire around one o’clock Saturday afternoon, sending black smoke into the sky with flames visible across the Wrangell Narrows in Petersburg. As locals and visitors enjoyed Petersburg’s Little Norway Festival and sunny weather, the blaze was reported to Petersburg emergency dispatchers by multiple callers. The fire was behind a home about halfway between the Kupreanof state dock and Sasby Island along the Kupreanof shoreline.

“One of the other residents of Kupreanof Dave Beebe had responded with a small pump that they were pumping water out of a nearby creek that was running right by the structure,” Berg explained. “And what we found burning was a small building, an outbuilding of the cabin itself used as a generator shed and a storage for wood, an open sided structure with a metal roof. Apparently one of the generators malfunctioned and certainly it’s subject to further investigation.” 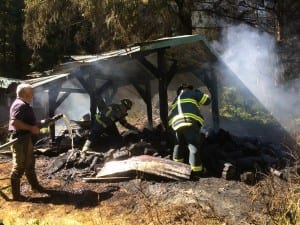 Berg said Petersburg volunteers did not need to set up water hoses but did help with the aftermath. “We were able to see clearly the cabin was not involved but it was the structure behind the cabin and we felt fortunate at that point that another, I guess we could call it the volunteer fire department from Kupreanof had showed up with their portable pump and pretty much extinguished the structure,” he said. “We used some self-contained breathing apparatus, the four fire fighters who went over there were able to do what we call salvage work in taking apart the burning pile of wood so that we could get in there with the pump and water and further extinguish, and help the homeowner who was there extinguish anything that was left burning.”

That generator building was a total loss. Berg says the nearby cabins and the nearest windows suffered a little heat damage from the blaze. No injuries were reported.