Sounds from Mayfest: an audio postcard 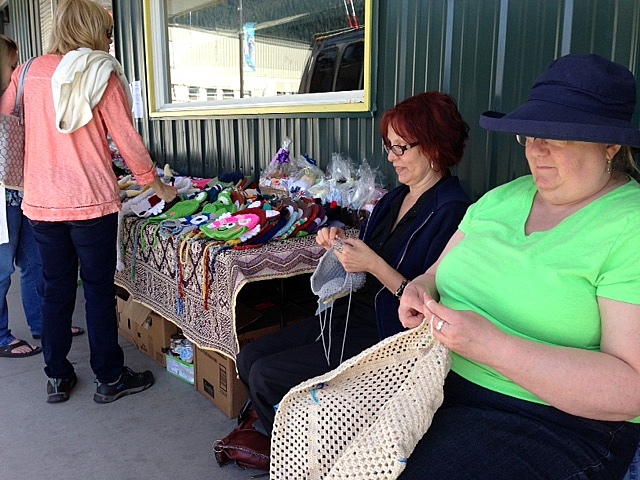 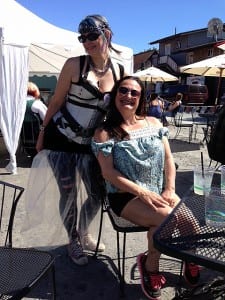 Petersburg was full of activity over the weekend for the annual Little Norway Festival. There were music concerts, puppet shows, a parade, and lots of people hanging out with friends.

The main street downtown was blocked off as visitors checked out craft and food booths. 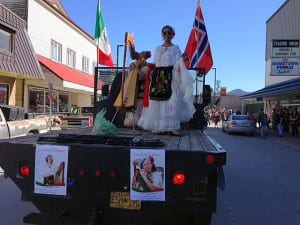 Cristina Cabrera plays the harp and her aunt, Evelyn, dances on a flatbed truck in the parade. Photo/Angela Denning

Here’s some sounds Angela Denning put together from the weekend in an audio postcard: 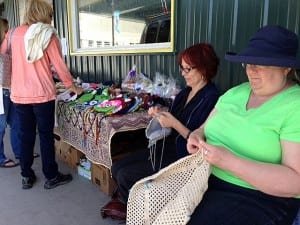 The winner of this year’s Norwegian American Award was Chris Jensen.

The final winner of the Little Norway Festival raffle drawing for $1,500 was Liz Bacom. 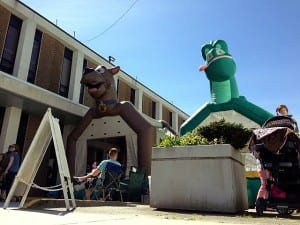 Two bouncy units downtown were a main draw for young children at the festival. Photo/Angela Denning