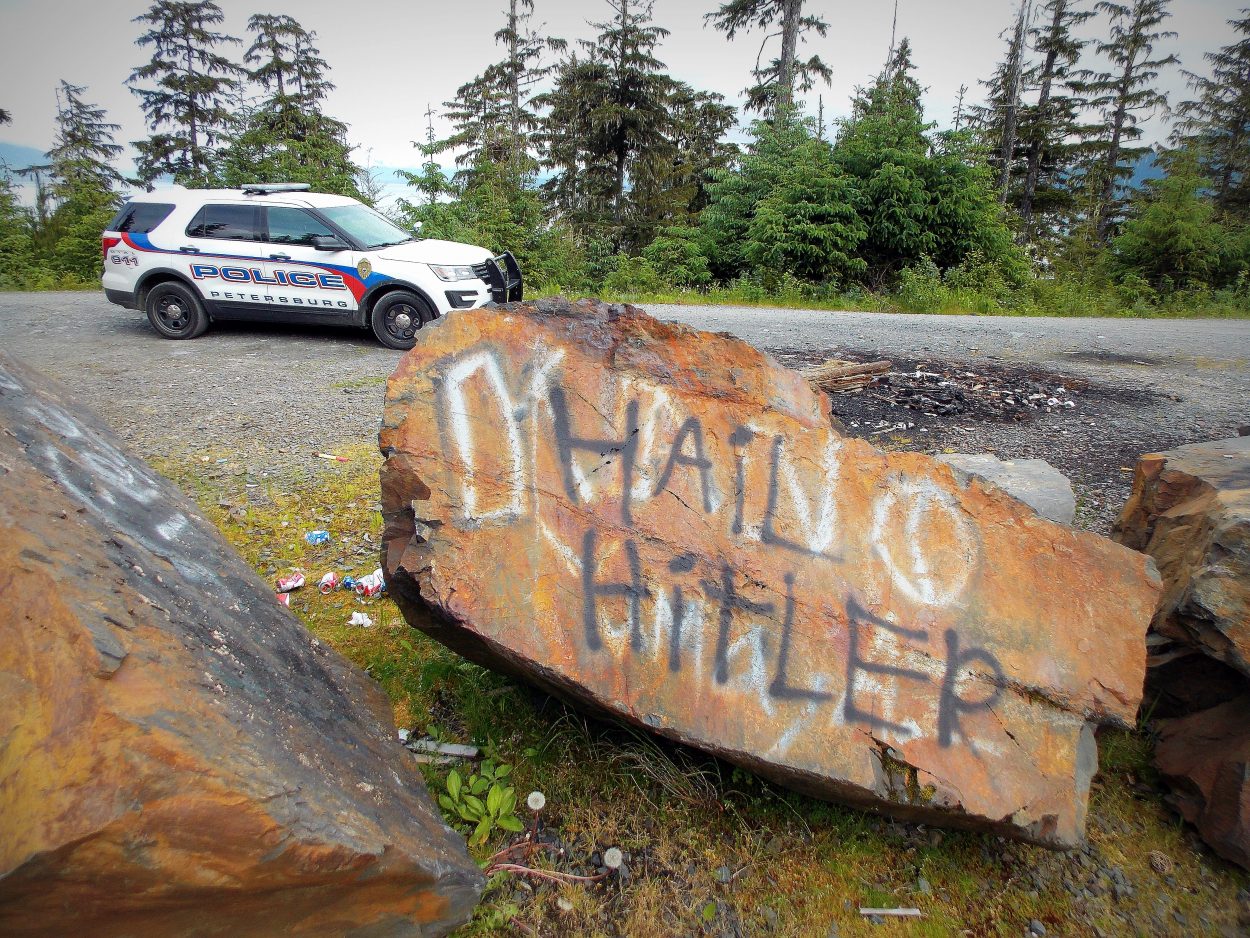 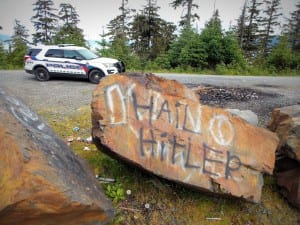 Whether the person intended to use “hail” meaning ice pellets or “hale” referring to a person is unknown. Photo/Angela Denning

Here at the gravel pit birds are chirping and you can see Frederick Sound in the distance through the trees. It’s easy to see why it’s a popular hangout for young people. It’s about three miles out of town on Frederick Point Road, far enough to be away from adults but easily accessed, sitting right along the main road. Dark ash remnants of bon fires dot the rocky area.

Some colorful graffiti marks nearby boulders like a smiley face in neon green. But what caught the eye of officers out on patrol Friday morning was done in black lettering. 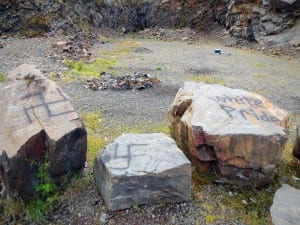 “Hate graffiti, swastikas, white power, hale Hilter,” said Officer Corey Rowley with the Petersburg police. “Anytime you have this type of hate symbol in a community it raises concerns. We’re hoping and I say hoping–that’s maybe not the right words–but that this is teenagers just as a prank. But when you have hate symbols such as Hilter, swastikas, white power, that does [cause] concern, especially in a community as diverse as ours, that we have people out there that are willing to put this type of stuff publically out there; that is such a heinous act in history that people have had to deal with that type of hatred.”

The graffiti is unsettling to the local police department but perhaps has affected Rowley the most. He has experience with hate crimes in his past work. 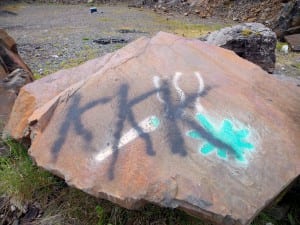 They are looking to get more information about who’s responsible.

“I have investigated these type of crimes before on a very high level in another community that involved actually federal convictions of people involved in these type of hate crimes,” Rowley said. “We do not want this in the community, we do not feel that it’s appropriate anywhere obviously in the United States but especially in Petersburg. We have so many people visit here from different parts of the country and if anybody was to come and take a ride out here on the roads just to enjoy the outdoors and see this within our community it could have a detrimental effect, especially with social media, that Petersburg was known for anti–you know anything that had to do with a hate crime–if they were to put that out there and that was attached to Petersburg that would be a tragedy for our community.”