Changes to that local law are in the second of three readings before the assembly. One change would allow marijuana smoking at licensed retail pot businesses. The assembly is also making changes to include a prohibition on vaping and e-cigarettes in public places and work spaces. The revised law would also define cigarette butts as litter under Petersburg’s local ordinances. The Petersburg Indian Association’s tobacco prevention program coordinator has also asked the borough to increase the minimum distance for smoking outside restaurants, businesses and other public places. 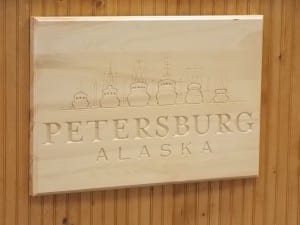 In other business Monday, the assembly will vote on a resolution to auction off several pieces of borough land. Those parcels are at 306 and 919 Sandy Beach Road along with 705 Ira II Street. If the assembly approves, that land would be auctioned on September 19th. The minimum bids combined on the three lots totals just over 290-thousand dollars and that money would go toward the police station and municipal building project.

Borough staff is also asking for budget changes, including an increase in the more than half a million dollars budgeted for paving local streets this year. An additional 86-thousand dollars in federal money received by the borough would go to pave portions of Twelfth, Howkan, Excel and Fram streets if the assembly approves. That would be on top of a number of other local streets slated to get new asphalt this summer while the paving company Secon is in town.

The meeting starts at noon Monday. Note this is a time change for the second meeting of the month. Assembly meetings will be starting at noon through September. KFSK will broadcast the meeting live.