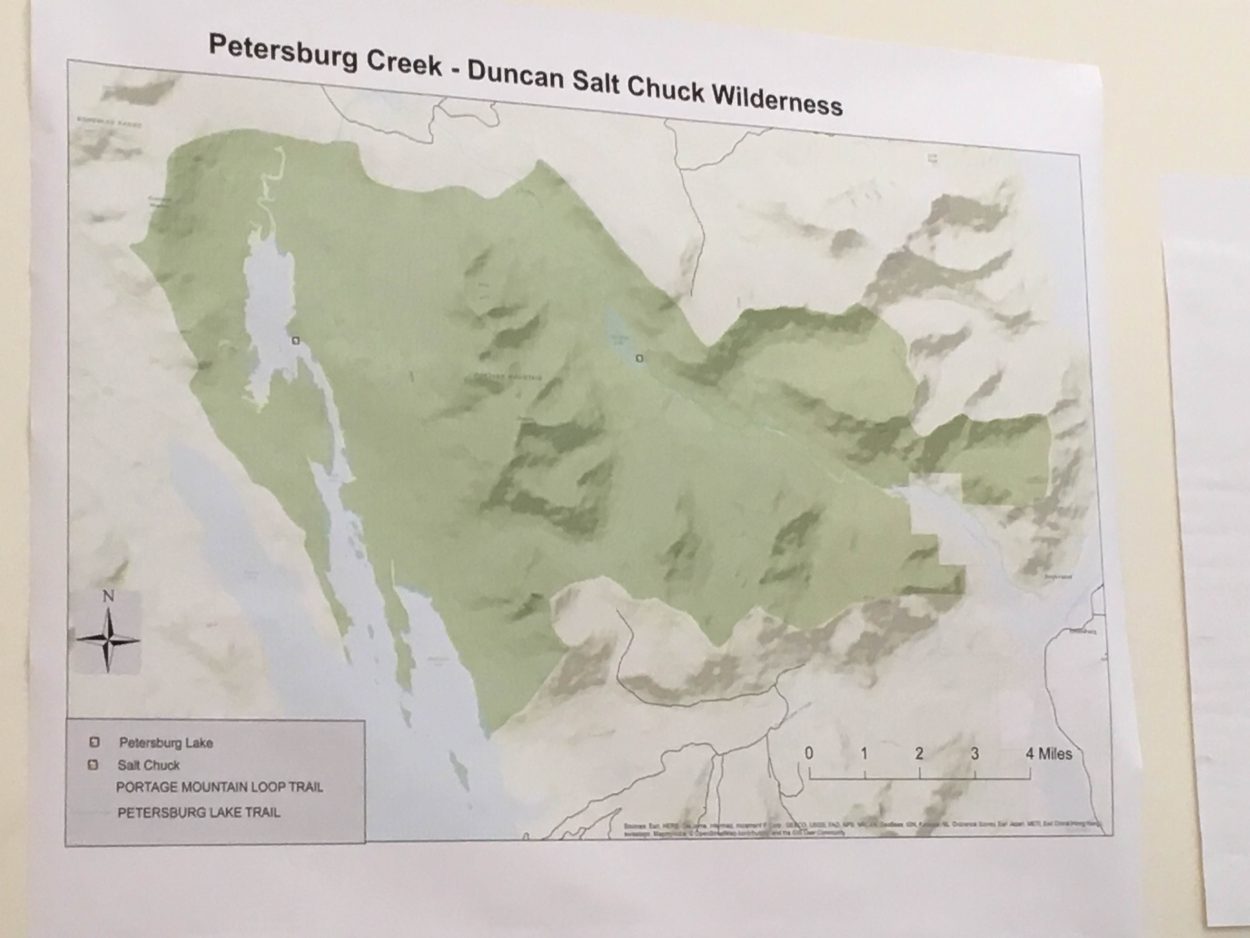 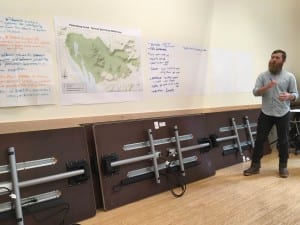 A meeting in Petersburg about nearby land was met with skepticism on Thursday, when community members gathered in the public library to talk about the Petersburg Creek-Duncan Salt Chuck wilderness area. Abbey Collins reports.

There are nineteen wilderness areas in the Tongass National Forest and Adam Andis, a fellow with the Sitka Conservation Society, is focused on three of them.
Andis is building character narratives, snapshots, of three wilderness areas in Southeast. The West Chichagof-Yakobi in Sitka, the Stikine-Leconte near Wrangell, and the Petersburg Creek-Duncan Salt Chuck wilderness area on Kupreanof Island near Petersburg. Last week he visited Petersburg in collaboration with the U.S. Forest Service here to gather community input.

“If you can imagine yourself coming into a district and trying to figure out what is the picture of this wilderness, what are the trends, it’s almost impossible from ten years’ worth of data points,” said Andis. “You really need to talk to folks and get a good context for how the wilderness is changing, how maybe it hasn’t changed.”

When Andis asked community members to think about what exemplifies this wilderness area they mentioned things like accessibly, limited development, and a creek that’s home to many different species of fish.

There was concern from the crowd about the shape the trail is in, with attention on the inability of the forest service to properly maintain it, given restrictions on motorized equipment in the area.

They said the area has seen increased use, but the room was mostly quiet when asked what is detracting from the things residents love about the area.

Toward the end of the meeting it became apparent that people really wanted to talk about why this guy was here. Questions were raised about what his organization is all about and where funding comes from. And why aren’t the funds just appropriated to the forest service to do this work? Basically, what are his motives?

According to Andis, the project is funded by a grant from the government through the national wilderness stewardship alliance, a nonprofit. The grant was for $3,000 and the Sitka Conservation Society matched that, giving them $6,000 for reports on the three wilderness areas. 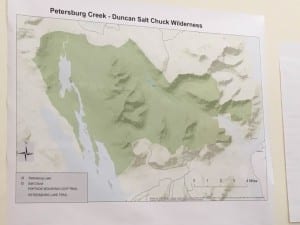 The Petersburg Salt-Chuck wilderness area is on nearby Kupreanof Island

“It’s basically to help agencies manage wilderness areas, recognizing that agencies can’t do it all on their own and they need some outside support. And more people working on these things is obviously going to be a better product then just one group trying to do it,” said Andis.

When a community member asked why they don’t they just appropriate it to the Forest Service, Andis said “Like anything, having two folks trying to do the same thing, you have healthy competition, new ideas coming in.”

Karisa Garner, a wilderness ranger at the U.S. Forest Service in Petersburg, stepped in and said this project is a learning process.

“For the forest service this is one of the first few that have been written so we’re not sure how it’s going to come out at the very end either,” said Garner. “We’re hoping to get the community support so we can get more detailed information like the historical stuff. Having you guys here is really great. There’s a lot of information I don’t know about. We have some baseline information but that gets lost so quickly so we’re hoping to get more and use it as something that everyone can enjoy, share with your family and friends.”

Dave Beebee attended the meeting, he said, as a representative of the city of Kupreanof though he also has a home in Petersburg. He raised one factor he considers a threat to the wilderness area: corporate outsourcing of government functions.

“As it relates to, you know, who’s actually going to be managing the wilderness area,” said Beebee. “Is it going to be unaccountable groups that are essentially taking the place of publicly accountable federal agencies.”

Beebee also expressed concerns about who is responsible for the management of these land areas.

“I’ve been to the website here at the national stewardship alliance and they list the wilderness stewardship performance activities which are expected by the public to be conducted by accountable public agencies and not by nonprofits that have financial interests in maintaining grant funding and also as it relates to treating symptoms rather than causes,” said Beebee.

He was just one of several community members skeptical of the nature of the project, a skepticism Beebee says is healthy. For others, it was merely a matter of clarifying the purpose of the visit.