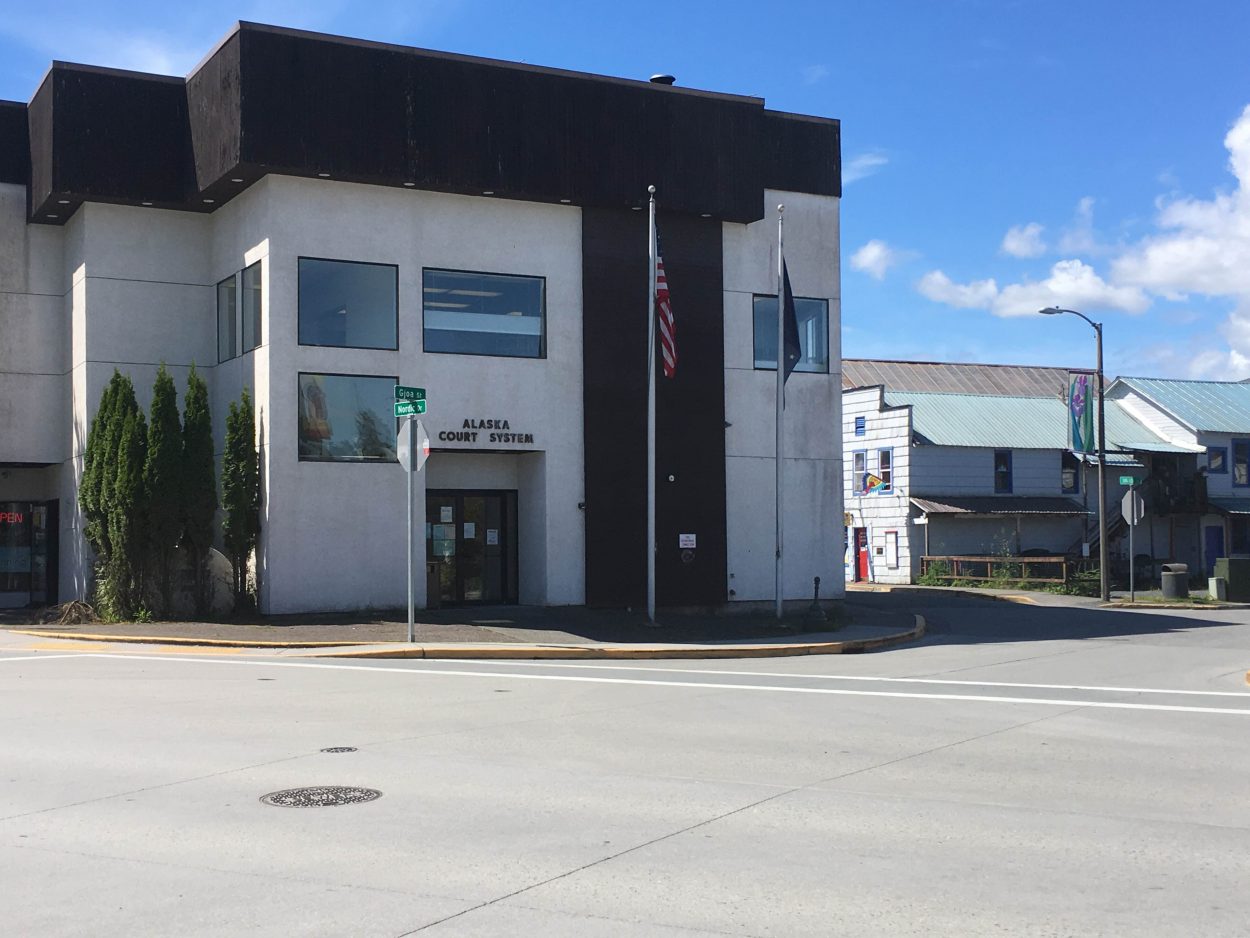 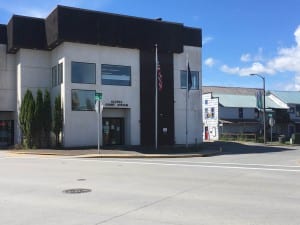 As shrinking finances are felt throughout the state, KFSK is taking a closer look at how people and agencies are affected locally. Earlier this month the Alaska Court System began taking steps to bring down operating costs in anticipation of significant budget cuts. Abbey Collins stopped by the Petersburg Trial Court to see how limited hours and trimmed employee salaries are playing out here.

Reducing court hours is estimated to save around $2 million a year. It’s part of an effort to alleviate some of the stress of widespread financial challenges. Statewide, the court system is anticipating a cut of at least $3.8 million from last year’s budget – that’s around 3 and a half percent.

“And was really trying to put together something that would keep employees on the job,” says Burrell.

We met in Burrell’s office at the Petersburg Trial Court, along with clerk Brandy Boggs.

As of July 1, both Burrell and Boggs must close the doors and stop working at noon on Fridays, cutting their day nearly in half. But Burrell is not that worried.

“I think the court system has really thought about all of the avenues to make sure that the courts run smoothly,” says Burrell.

When hours are cut, so are employee paychecks. Many court employee salaries will be trimmed by 4 percent while they’re on unpaid furlough. Burrell says though she’ll feel that cut, she’s glad nobody lost their jobs.

“Every employee took that cut so really working together as a group to make that happen. As far as the Friday afternoon closures, the court has put in place that we still can do business,” says Burrell.

Though the doors will close early on Fridays, some court services will still be available, just not right here in Petersburg. Again, Burrell.

“So if someone has an emergency petition for domestic violence or a child in need of aid case, or delinquency cases there are staff available and numbers available for them call,” says Burrell. “There’s always a judicial officer available as well. So our doors will be closed as noon but for emergency situations certainly business will be handled.”

Several other services will be available as well, including petitions for involuntary mental health commitments and those for emergency guardianship or conservatorship. But in terms of getting work done here in Petersburg, the two recently had their first Friday half-day and Boggs said she was feeling the time crunch.

For Boggs, handling the limited hours is a matter of properly budgeting their time.

“I think there are things we need to make sure we keep in our mind when we’re calendaring cases that we take into consideration how long a hearing may last so it doesn’t run into the noon hour,” says Boggs. “We need to be closed at noon.”

The court system is also saving money by not hiring for open positions and by allowing employees to take voluntary leave without pay. Burrell says courts around the region are working together to make this change successful.

“Other courts are processing the paperwork for some of the bigger courts and it feels like a really a group effort to make this happen, to help with the state budgets as we’re all facing the cutbacks and so I like that we’ve been proactive. I think we’re still going to be able to serve the community as we always have,” says Burrell. “For us in Petersburg I don’t feel the crunch.”

Boggs says part of the reason they are able to accommodate the reduced work week is by remaining in the office half an hour after doors close Monday through Thursday to get work done.

Overall, despite the adjustments, the two were optimistic about the transition.