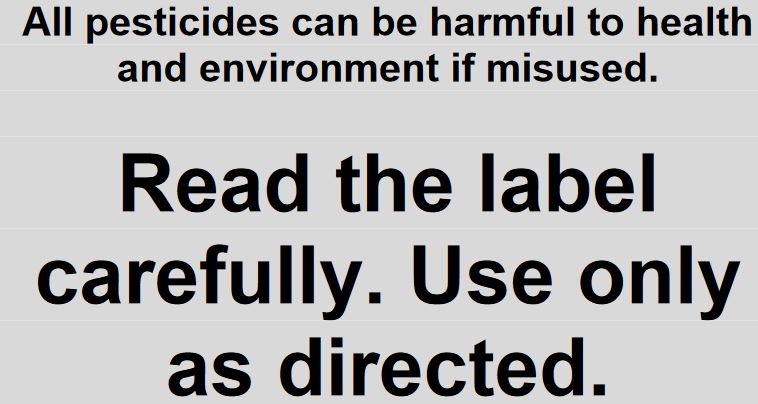 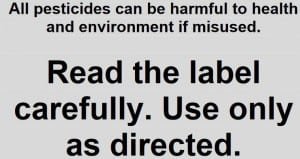 This image is part of the Alaska Department of Environmental Conservation’s Supplemental on Aquatic Pest Control.

The Petersburg Borough Assembly voted to send a message to the State of Alaska that the community wants more say in the spraying of pesticides. The topic of spraying pesticides came up in the borough assembly meeting Monday.

The state’s Department of Environmental Conservation issued a notice of proposed pesticide discharge. It was read aloud by Vice Mayor Cindi Lagoudakis at the meeting.

“It’s for pesticide general permit for discharges from the application of pesticides,” she read.

The notice doesn’t say where spraying might happen. But it doesn’t have to be specific. The state changed its process back in 2013, removing a DEC permitting requirement for state agencies wanting to spray on state land. The DEC no longer has to hold a public comment period on spraying plans or issue a decision on whether spraying could occur. Instead, agencies like the Department of Transportation only have to draft a statewide plan for pesticides and then publish a notice before the spraying happens.

Petersburg resident, Laura Rose, spoke against the proposal saying the chemicals are toxic and could devastate local wetlands. She read from a prepared statement.

“Please take the time to do your own research on the likely effects of Garlon 4, Habitat, Roundup being sprayed in our community near our wetlands and streams and come to your own conclusion,” Rose said.

“Particularly in the summer, you have a 30 day comment period,” Lynch said. “That really disturbs me.”

Lynch spoke at the borough assembly meeting saying that pesticides can cause cancer.

“I think it is something very… that is of great concern to the local people here considering that our livelihood, our life blood is fishing,” Lynch said. “And we also have subsistence uses, berry picking and what not, that we need to understand just what sort of chemicals are being used out there in the environment.”

Lynch requested that the borough seek a 30 day extension on the comment period. And he requested a public hearing in Petersburg.

“I think it would be powerful for us as a borough to ask for a 30 day extension and public hearings in communities affected by this,” Stanton-Gregor said.

The borough assembly unanimously approved a motion to write a letter to the State asking for both an extension on the comment period and a public hearing. Lagoudakis asked that the hearing be scheduled outside of the fishing season.