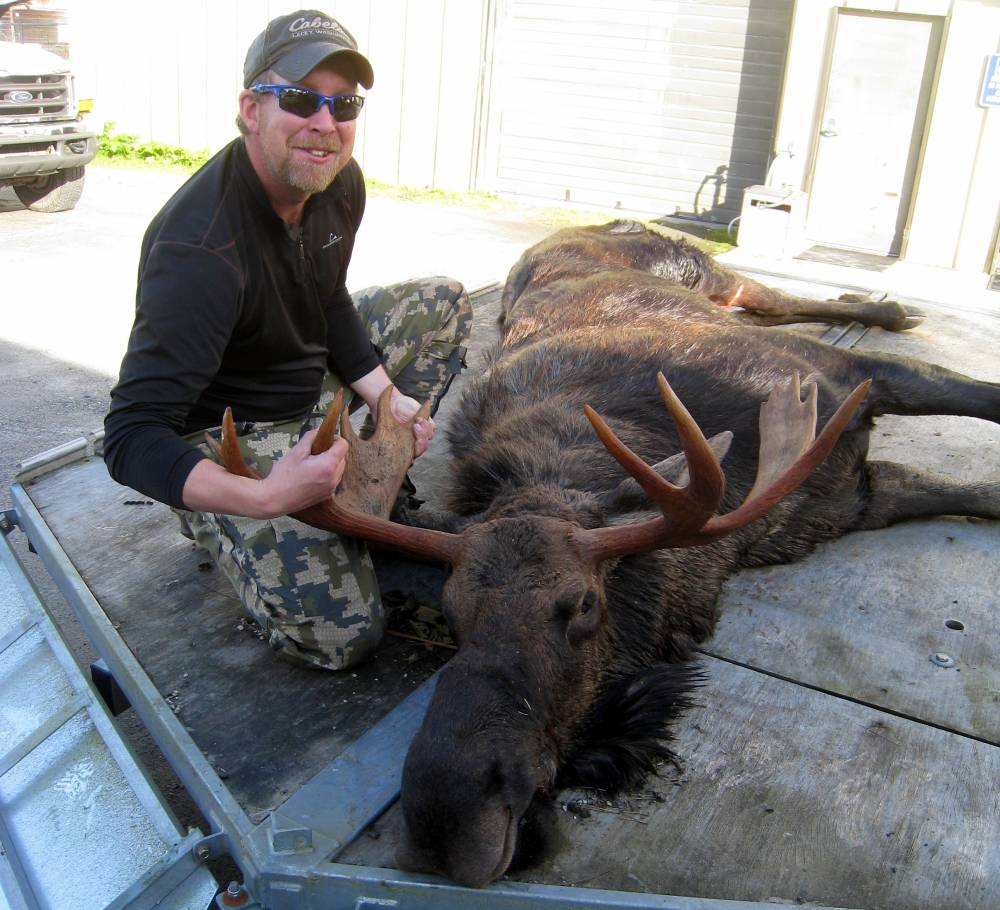 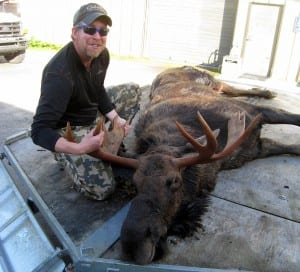 Joe Willis of Petersburg sits with the legal moose he caught in the local moose hunt. Photo courtesy of ADF&G

The bull moose hunt near Petersburg, Wrangell and Kake has seen an above average harvest so far. As of Oct. 5, three weeks into the month-long season the total harvest was 77 moose. That’s above the average harvest of 69 bulls in recent years with similar hunting restrictions. It’s the third highest harvest on record for the third week of the hunt.

While the harvest is above average, the illegal kills are slightly below average. According to Rich Lowell, the Area Wildlife Biologist for the Alaska Department of Fish and Game, six of the moose failed to comply with existing antler restrictions. He says hunters have five days to check in a harvested moose so the total harvest during the first three weeks of the season will likely increase somewhat.

Lowell says in general, most bulls are killed during the first half of the season in the local hunt and the success rate typically declines as the season progresses. The RM038 moose hunt runs September 15 to October 15.

Here is the breakdown of where the moose were harvested at the third week:
Kupreanof Is. 34
Stikine River 12
Thomas Bay 8
Mitkof Is. 7
Wrangell Island 6
Farragut Bay 5
Kuiu Is. 3
Woewodski Is. 1
Virginia Lake 1
TOTAL: 77