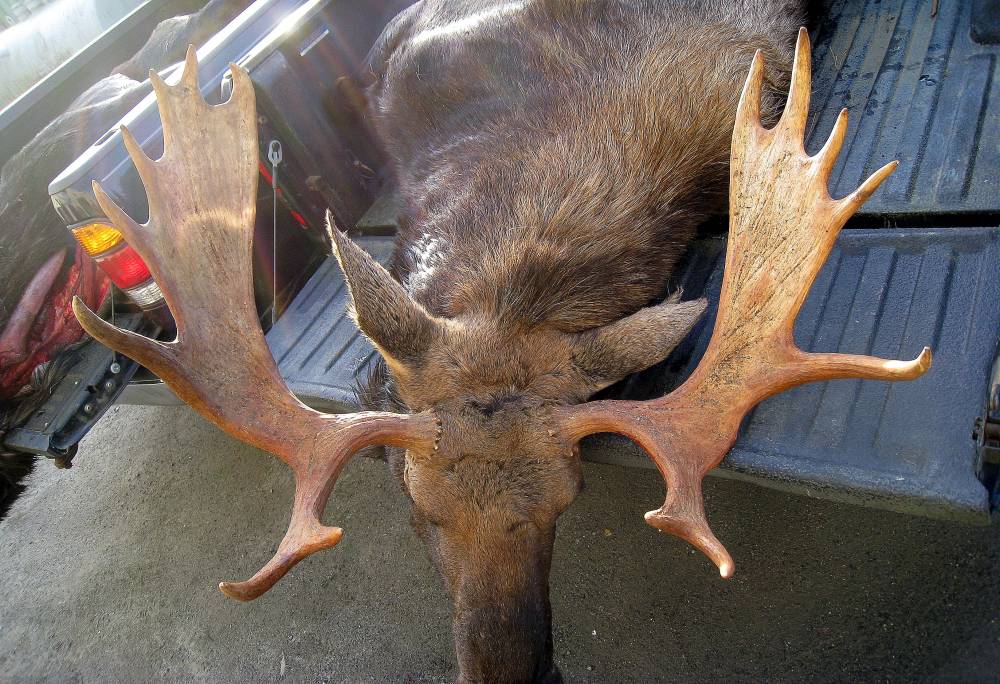 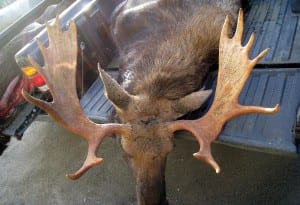 A legal moose harvested this year lays in the back of a truck. Photo courtesy of ADF&G

This season’s harvest of 112 moose beat the previous record harvest of 109 bulls in 2009. 2009 was the first year the antler restrictions were liberalized to allow the harvest of bulls with two brow tines on both antlers.

Hunters have until the end of Thursday to check in a harvested moose so it’s possible the season total could increase slightly.

According to Rich Lowell, the Area Wildlife Biologist for the Alaska Department of Fish and Game, this year’s harvest distribution was unlike past years. Unit 1-B on the mainland–the traditional moose producer–yielded just 33 moose, while the Unit 3 islands produced 79 animals.

Kupreanof Island, the largest island in Unit 3, led all other hunt areas with 50 harvested moose and accounted for nearly half of all the moose taken this season.

Lowell says the Stikine River harvest of 16 moose this year was well below the long term average of 26 moose annually. He says low water levels during much of the season may have limited hunter access to some extent. And the high harvest of 35 moose on the Stikine last year probably reduced the availability of legal bulls this season.

The 112 moose taken this year includes 12 illegal moose, which is about an average percentage for the hunt. Most of the illegal moose did not meet antler restrictions.

Hunters are reminded to submit their hunt reports as soon as possible. Everyone who obtained a moose registration permit is required to submit a hunt report, even if they did not hunt.

Here is a breakdown of where the moose were harvested in the region: