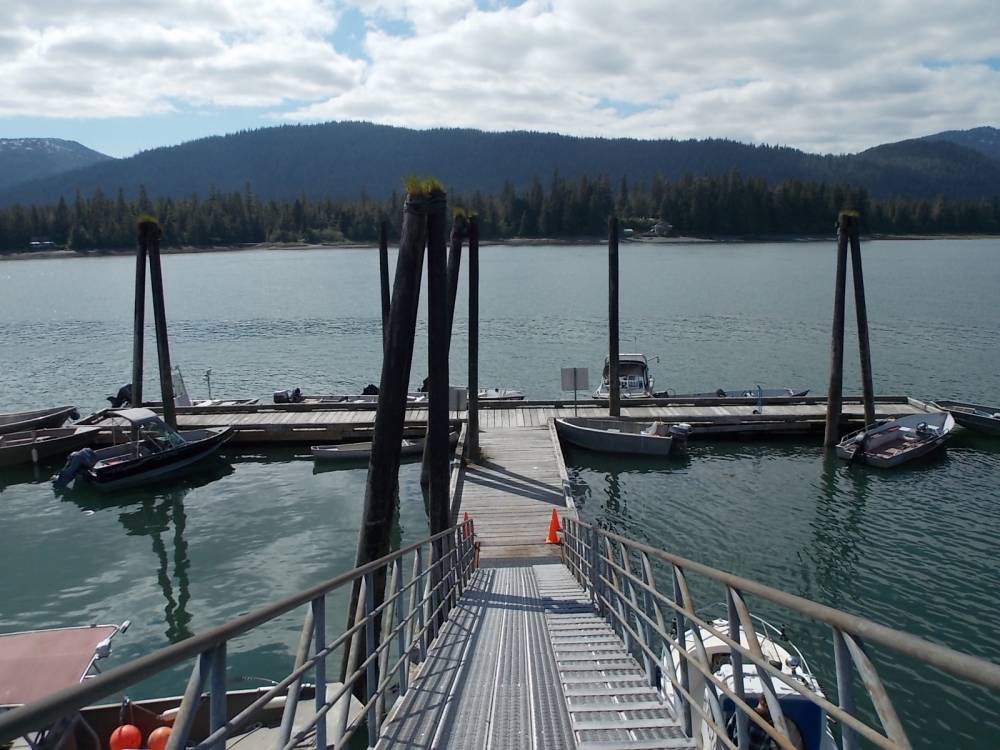 Petersburg’s borough assembly hopes to make some decisions about taking over three state-owned docks in the borough, possibly as soon as next month.
The state Department of Transportation has offered to turn over the three remote facilities along with some money for maintenance work. One dock is at Entrance Island in Hobart Bay on the mainland north of Petersburg. Another is in the city of Kupreanof, just across the Wrangell Narrows from downtown Petersburg. And the third is at Papke’s Landing about 10 miles south of downtown. 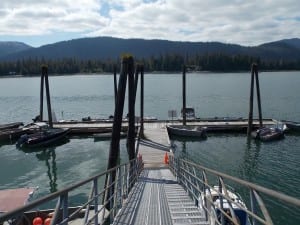 The DOT is offering just under 733,000 dollars with the docks, which date back to the 50s and 60s. The money could be used for maintaining or repairing the aging floats. A consultant for the borough estimated repairs to the Papke’s dock would cost over a million dollars and the Kupreanof dock would cost almost $1.4 million. The state has given the borough until the end of the year to accept the offer.

Mayor Mark Jensen thought the state’s offer would change if the borough decided not to seek all three docks. “If we decided not to take all three, the number would shrink,” Jensen said. “So I don’t think we can expect to get the offered amount for just taking one harbor, one of the facilities. They obviously wanna get rid of all of ‘em it seems like.”

The borough has been seeking public comment on the issue for months and has received a range of input. Some have urged the borough to hold out for a better deal. Others say the remote docks are something the borough has to take responsibility for.

The problem for the borough is the up-front cost to repair the docks and the ongoing cost of maintaining facilities that are far away from Petersburg’s harbors, in the case of Papke’s and Entrance Island.

Assembly member Kurt Wohlhueter addressed some of the suggestions for cheaper alternatives. “We can’t go back to the 60s and just have log floats. It’s a little more complicated than that,” Wohlhueter said. “Just so people don’t think we haven’t been thinking of their comments and boy I wished we could go back to the 60s. Times have changed. We’ve got liabilities and obligations that we have to fulfill o be able to accept these things so.”

The discussion may include whether Petersburg could accept the docks and transfer the Kupreanof facility over to the city of Kupreanof. That municipality has sought to take over that dock in the past.

The assembly hopes to have a public hearing on the issue in November and could vote on a resolution to accept or reject the state’s offer.