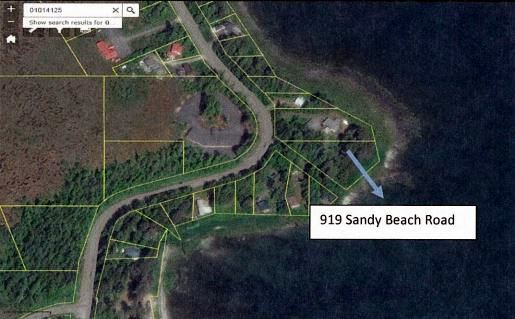 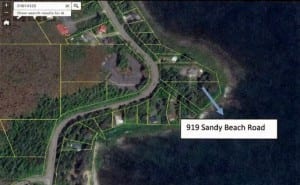 The Petersburg Borough assembly Monday is scheduled to make decisions on selling borough property near Sandy Beach. The issue was a contentious one at the Planning and Zoning Commission meeting last week. As KFSK’s Angela Denning reports the commission suggested that the borough go back to the drawing board.

The borough assembly voted in June to sell its land on 919 Sandy Beach Road to help offset the costs of renovating the municipal building downtown. The Planning and Zoning Commission was tasked with making recommendations to the assembly regarding the property. Specifically, whether or not to rezone the property, vacate an easement on part of it and whether or not the borough should sell pieces of the property to nearby neighbors.

The commission considered whether or not to rezone the property from public use to single-family residential. As it is, under public use, it can be developed as a single family home. But Community Planning Director, Liz Cabrera, says that’s not clear to the public.

“I think it’s misleading because, as you heard, people believe that public use means the equivalent of green space,” Cabrera said, “and I don’t think it’s fair to put it under public use especially if we’re going to move it into private ownership.”

Rezoning the property as private would make it clearer to potential buyers what it is.

But not everyone agrees with rezoning such as Kris Norosz who owns the adjacent lot.

“It’s a huge upheaval to me,” Norosz said.

“When I purchased this property in 1979, it was green space,” Norosz said. “It’s been that way for public use and to suddenly have it considered to be rezoned is pretty upsetting because in my mind it devalues the value of my property.”

Tim and Polly Koeneman live on the other side of the borough lot and want to buy a strip of the property on their side as a buffer. Tim Koeneman says his preference is for the borough to rezone it as green space and leave it undeveloped.

“But if that’s not going to happen that’s why I submitted the application to buy the property,” Koeneman said.

Meanwhile, forty residents don’t want any of the property sold at all. They have signed a letter to the borough stating that the lot is one of the last remaining undeveloped community-owned beach front properties along Sandy Beach Road and has more value as a public asset than as a private one.

Commissioner Dave Kensinger, who joined the meeting by teleconference, said the borough assembly decided to sell the property before the details had been worked out through Planning and Zoning.

“So they kind of put, you know, the cart before the horse,” Kensinger said.

He suggested that the commission wait to make decisions on the property, which he called controversial. And he said that the borough assembly should pursue an open public meeting to get more public input.

“I feel kind of awkward making any definitive type of decision or wasting our time on this process cause they’ve already decided to sell the piece of property,” Kensinger said.

Kensinger said he’d like to see the whole process start over from the beginning.

“I’m confused,” he said and laughed.

There was enough confusion—or at least indecision–surrounding the property that the Planning and Zoning Commission did not approve either rezoning or vacating the easement.

As for what to do about the neighbors wanting to buy part of the property, Chairman Chris Fry, said the assembly should consider several options.

The commission agreed with the recommendation unanimously.

The potential land sale will be brought up again at the assembly’s next meeting Monday at noon.