Woodpecker sighting a first for Alaska 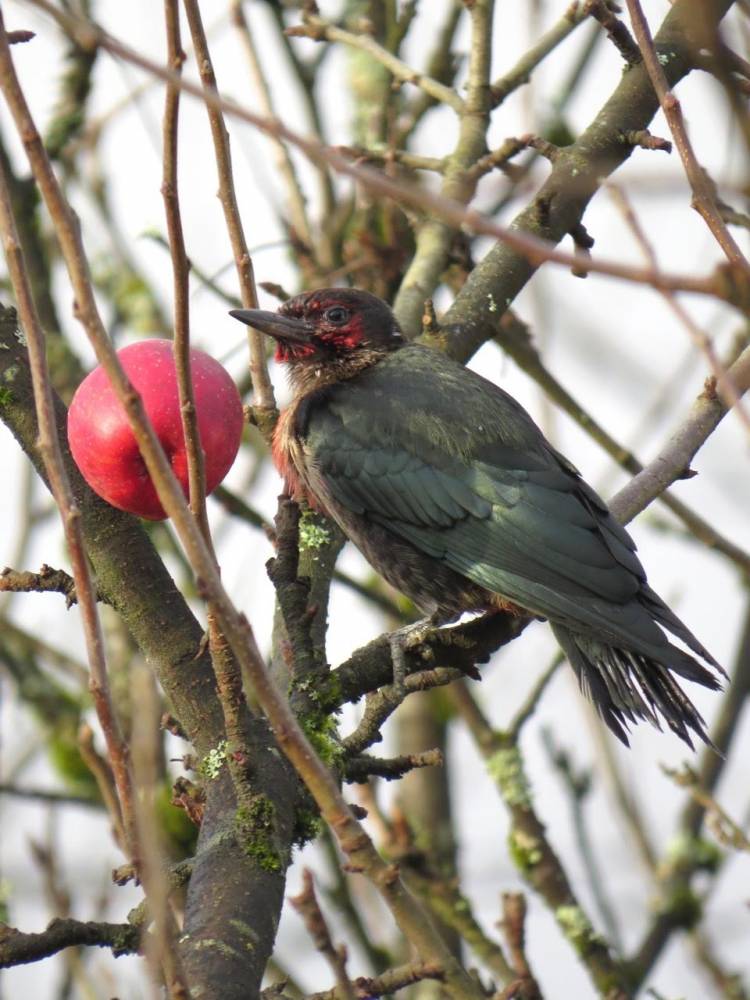 Residents in the Southeast Alaska community of Petersburg have made the first recorded sightings in Alaska of a kind of woodpecker that’s more commonly found in the western United States and British Columbia.

The Lewis’s Woodpecker was sighted in an apple tree near downtown Petersburg last week. 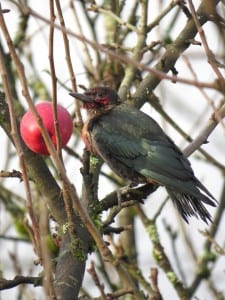 “The furthest north population is in the south end of British Columbia and there’s only about 600 breeding pairs there,” said Brad Hunter, a local bird enthusiast who organizes the Christmas bird count in Petersburg every year. “They’re a species of concern there,” he added. “So it sounds like our bird got a little bit turned around and instead of going south in the fall it ended up going a little bit north and then came down the river, is what I’m guessing.”

Hunter said local marine advisory agent Sunny Rice reported the sighting to him around noon on Saturday, November 12. He was able to confirm the bird is a Lewis’s Woodpecker and take some photographs. Hunter later learned that Brita Lyons, who lives nearby, noticed the bird Wednesday and Thursday last week.

Hunter thinks this part of central Southeast occasionally does see birds outside of their normal range that fly down the Stikine River corridor. He guesses that strong winds last week may have played a role in blowing this woodpecker off course.

Hunter notified Ketchikan resident and birder Steve Heinl who posted the sighting on the internet. In an email, Heinl writes that he found some recorded sightings of the woodpecker in the Haida Gwaii in the 1930s and 40s but does not know of any ever seen in Alaska.

Meanwhile, Hunter noted out-of-town birders have already been coming to view the woodpecker after hearing about the sighting.

“The people that chase birds around, they’re coming to Petersburg, just like when we had those cattle egrets in town a couple years ago but this is even bigger news than that because this is the first sighting, or first documentation at least of this species in the state.” 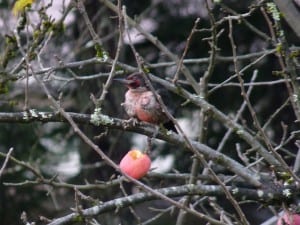 The Audubon field guide describes the Lewis’s as one of the oddest woodpeckers because of its pink, silver and green colors and because of its varied diet. According to the field guide, the species was discovered during the Lewis and Clark expedition and named after expedition leader Meriwether Lewis.