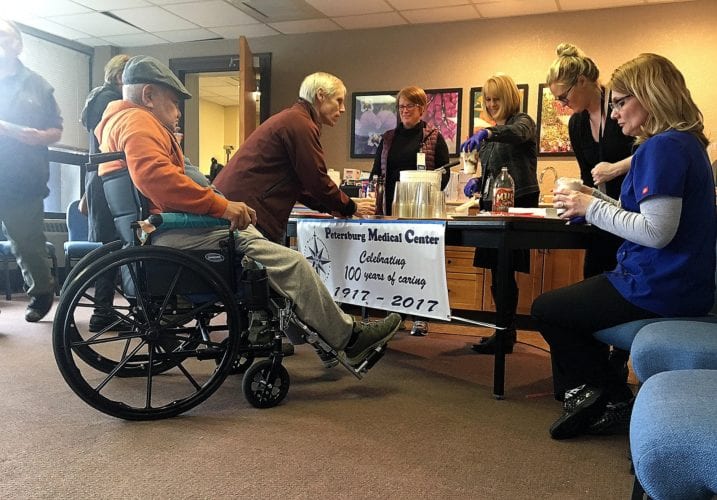 Petersburg’s hospital is celebrating its 100th birthday this year. To recognize the occasion, administration invited the public to come have root beer floats and reminisce about how the hospital has changed. KFSK’s Angela Denning reports:


The downstairs conference room of the Petersburg Medical Center is filling with people. There are chairs along the walls and a table where root beer floats are being handed out.

At another table, a child lines up to spin a board for free prizes like bags and water bottles.

They’re all here to celebrate the medical center’s 100th year. On May 23, 1917 a newly formed hospital association purchased a three story building known as the Smith home. It cost just $3,500.

It wasn’t long before there were financial challenges and the town took it over. In 1922, Petersburg purchased the hospital for a dollar and paid off a $5,000 debt.

Petersburg seniors, Roxy Lee and Patty Norheim remember the old days. Now, they sit together on one side of the room in jackets that are the same color of hot pink.

Norheim was born in Petersburg 88 years ago. She remembers that kids back then were afraid to go to the doctor. 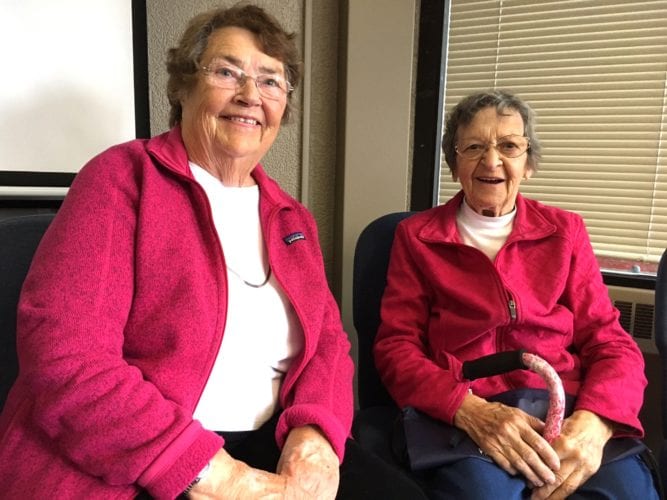 Petersburg residents, Roxy Lee and Patty Norheim, remember the old hospitals before the current one was built. Photo/Angela Denning

“All you could think about were needles when you were a little kid,” Norheim said. “But we had to go because our parents were very strict that we do what we’re supposed to do. You don’t say no to the doctor.”

Still, she says the doctors took good care of the kids.

Lee has been in Petersburg 70 years. She remembers the second hospital that was built largely by local volunteers. The old home-turned-hospital was replaced in 1955 with a newly constructed building in the same location.

“It was a big old, white house,” Lee said. “It had a large men’s room and a large women’s room and one private room. And then the operating room downstairs.”

The operating room was a bit different back then and had one peculiar feature that Lee remembers well.

“Underneath the operating room table, I will never forget it, they didn’t quite get the old stump out. They left parts of it,” Lee said.

“Yeah, they left parts of it in the floor,” Lee said. “They put the linoleum over it but there would always be that little hump.”

About 15 years later, a long-term care wing was added.

Norheim owned some of the land that the hospital is now on. Her brother, Dave Ohmer was on the hospital board and asked her if she ever decided to sell her property, to sell it to the hospital, “because they need it more than anything.”

In the late 70s, a few years after her brother passed away, Norheim decided it was time.

“And I went right over the hospital and I said let’s talk about the property that I own that you might like to have,” Norheim said. “And they said, ‘sit down, we’re ready’.”

Sarah Holmgrain is the Community Education Assistant for the medical center. She says in the beginning most of the staff was visiting practitioners.

“A lot of them were missionaries that would come up and do a stint, either they were doctors or nurses and then some would stay and become lifelong residents. A lot of it revolved around the Lutheran Church would bring in missionaries to do the medical care here and then they would rotate out.” 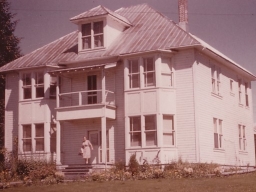 The old Smith House was purchased for Petersburg’s first hospital in 1917. Photo courtesy of PMC

Holmgrain says in the 20s, 30s and 40s nurses worked seven days a week with just a half a day off.

“I think their wages were $75 a month so I think for nursing it has changed dramatically,” Holmgrain said. “It was really sweat house labor back then compared to now.”

“Oh, yeah,” Holmgrain responded. “And even the Superintendent of the hospital, which would be the CEO now, was not only in charge of all the billing and accounting but also had some responsibilities in housekeeping. And you know, you just did a little bit over everything back then.”

Now Petersburg’s Medical Center is full of specialists and the facility takes up a city block.

Those specialists are top notch, according to Roxy Lee. She says although PMC needs to make renovations to the aging building there are quality health care workers.

“For the town of our size I think we have wonderful facilities, I really do,” Lee said. “I think we have four good doctors and excellent nurses and CNAs (Certified Nursing Assistants).”

Patty Norheim says the healthcare is excellent in Petersburg and she jokes that she no longer fears going to see the doctor.

“They’re very willing to help you,” Norheim said. “They don’t push you. They say this is what would help you and let’s get together and take care of this, things like that. They’re very nice.”

The Petersburg Medical Center plans to recognize the 100th birthday every few months this year.

A history of Petersburg’s Hospital, compiled by Petersburg resident, Jean Ellis, can be found here.