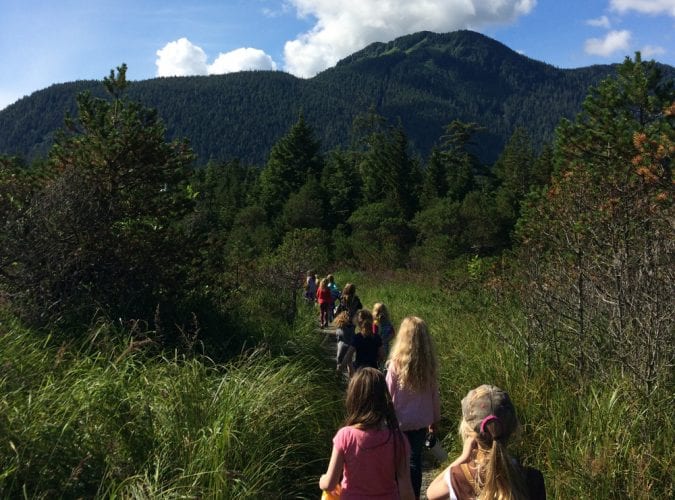 Summertime is the time for all kinds of camps and activities for kids while school is out. Around 40 girls turned out last week for a Girl Scout camp under sunny skies in Petersburg. It was a traveling day camp offered in seven communities in Southeast Alaska over ten weeks. Most camps have been a week long. In Juneau the sessions lasted three weeks. Camps are for girls ages 5-18. In Petersburg, it was mostly younger girls attending and they enjoyed games, artwork and crafts. Joe Viechnicki caught up with camp counselors Alli York and Makenzie Kutyba along with some of the campers at the end of the week.

Petersburg was the next to last stop for the traveling day camps in Southeast. York and Kutyba finished up their Southeast camps with a stop this month in Sitka.