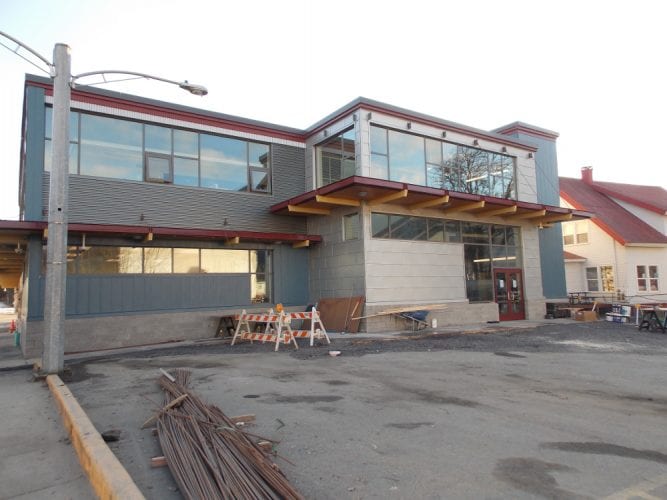 It was a short agenda and a quick meeting for the borough assembly Monday.

Mayor Cindi Lagoudakis and assembly members Eric Castro, Jeigh Stanton Gregor and Bob Lynn attended the meeting lasting around 17 minutes. Lagoudakis reported on a summer legislative conference she attended this month in Haines. It was held by the Alaska Municipal League and Conference of Mayors.

“I did talk to Governor Walker and he is hoping to make it to Petersburg to sign our borough land selection bill sometime in the next few weeks and we’re doing some coordination of schedule with him,” Lagoudakis said. “He did say he would be available for a public reception if he is able to make a date to come down here and also would like to stay overnight. We’re going to try and tour him around to see a few of the projects proposed and ongoing in the community and he sounded very receptive to that.”

The legislature in May passed a bill increasing the amount of land that will be granted to the Petersburg borough. It was one of only 26 bills passed by both the House and Senate this year.

The assembly voted to award a bid for 55,000 dollars worth of sand to Rock and Road Construction of Petersburg for winter street sanding. They also voted to increase the lease payment for tidelands that Piston and Rudder leases from the borough. And they voted to remove a utility easement from a private parcel on Sandy Beach Road.

Meanwhile, the assembly meets again this week in a work session with the hospital board. Stanton Gregor encouraged residents to attend. “Our local hospital is a critical piece of community infrastructure and I know from my perspective I’d like to hear from as many people as possible as far as how to move forward towards either a newer building, remodeled building, either way a long-term solution to our hospital needs,” Stanton Gregor said.

The medical center board is planning for the possible construction of a new hospital building and has been surveying community members about opinions on that project. That work session is Wednesday, August 23 at 10 a.m. in the borough assembly chambers.